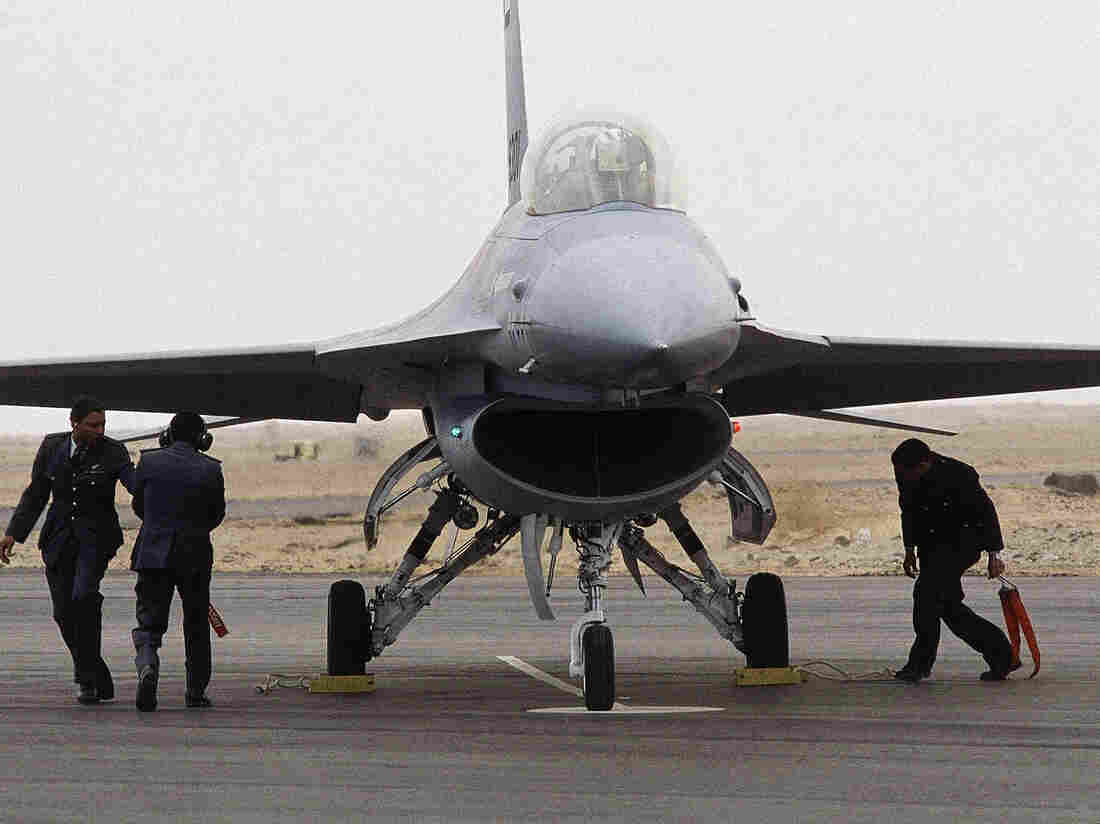 An American F-16 fighter plane arrives at an airbase in Egypt on March 27, 1982. Foley/AP hide caption 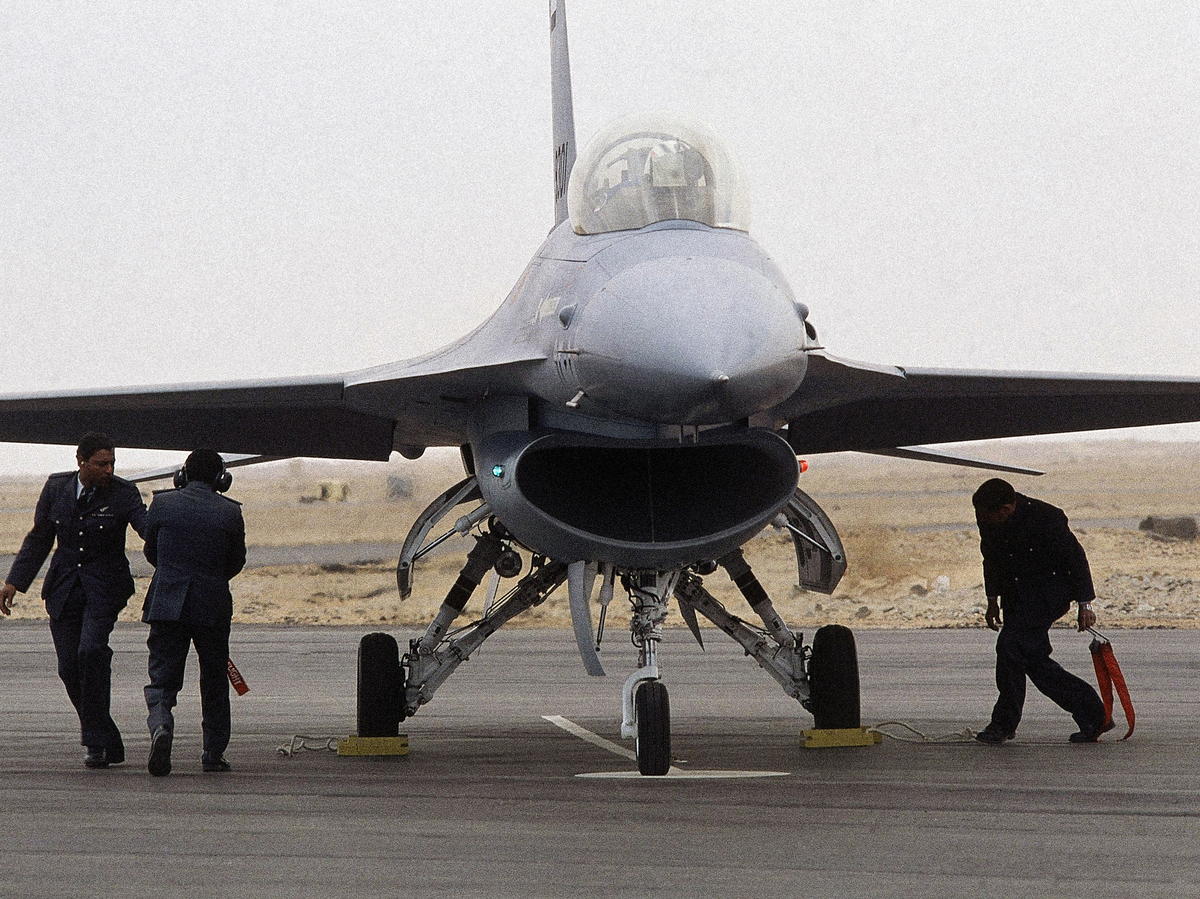 Every year, the U.S. Congress appropriates more than $1 billion in military aid to Egypt. But that money never gets to Egypt. It goes to the Federal Reserve Bank of New York, then to a trust fund at the Treasury and, finally, out to U.S. military contractors that make the tanks and fighter jets that ultimately get sent to Egypt.

The U.S. started sending M1A1 Abrams tanks to Egypt in the late '80s. In all, the U.S. sent more than 1,000 tanks to Egypt since then — valued at some $3.9 billion — which Egypt maintains along with several thousand Soviet-era tanks.

"There's no conceivable scenario in which they'd need all those tanks short of an alien invasion," Shana Marshall of the Institute of Middle East Studies at George Washington University, told me.

A thousand tanks would be helpful for large land battles, but not for the threats facing Egypt today, such as terrorism and border security in the Sinai Peninsula, according to Robert Springborg, an expert on the Egyptian military at the Naval Postgraduate School in Monterey, Calif. In fact, he said, at least 200 of the tanks the U.S. has sent to Egypt have never been used.

"They are crated up and then they sit in deep storage, and that's where they remain," he told me.

The story with F-16 fighter jets is similar. Since 1980, we've sent Egypt 221 fighter jets, valued at $8 billion. "Our American military advisers in Cairo have for many years been advising against further acquisitions of F-16s," Springborg said. Egypt already has more F-16s than it needs, he said.

I asked the State Department why the U.S. is giving Egypt weapons against the advice of its own military personnel. (The State Department, along with Congress, gives final approval on the weapons we send to Egypt.) Regarding those unused tanks, an official told me via email, it's not usual for a country to "maintain a portion of its equipment in reserve in the event of security contingencies." The U.S. decides which weapons to send to countries like Egypt "in consultation with our partners' own determination of their strategic and force structure requirements," the email added.

The U.S. wants Egypt to have them in part because of people like Bruce Baron, president of Baron Industries, a small business in Oxford, Mich. "The aid that we give to Egypt is coming back to the U.S. and keeping 30 of my people working," Baron told me. Specifically, he said, 30 of his 57 employees are working on parts for the M1A1 Abrams tanks that we give to Egypt.

Every March for the past few years, Baron says, he and other small-business owners have gone to Capitol Hill at the invitation of General Dynamics, a big contractor. They visit their congressmen and "let them know of our support for these programs and also the impact that these programs have on employment," he says.

Former Republican congressman Jim Kolbe often received visits from military contractors like Baron. Before he retired in 2007, Kolbe was the chairman of the appropriations subcommittee that approves the military aid we give to Egypt. But when I talked to Kolbe recently, he said that "legitimate questions need to be asked of the Egyptian military."

"What is the objective of of the military these days? What do you see as the real threat?" he said.

In a perfect world, he said, the U.S. wouldn't be sending more F-16s and M1A1s to Egypt. "I think the Egyptian military needs to be doing more hard thinking about some of those things," Kolbe said. "Big toys are things that generals and military people like to have around."