Accessibility links
The Raisin Outlaw Of Kerman, Calif. : Planet Money In most industries, competitors getting together and conspiring to control supply of a product is illegal. But in the raisin world, the law actually says competitors have to work together. It's going against your competitors that can get you in trouble. 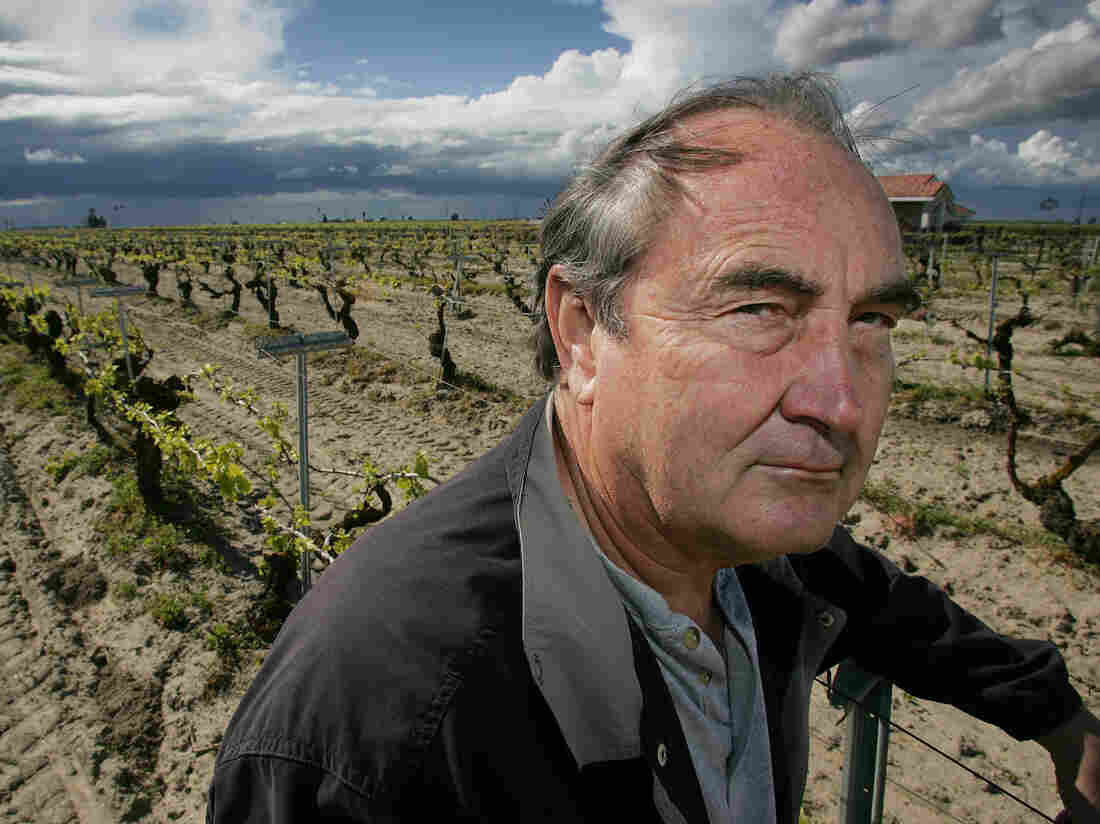 Raisin farmer Marvin Horne stands in a field of grapevines planted next to his home. Gary Kazanjian/AP hide caption

Meet Marvin Horne, raisin farmer. Horne has been farming raisins on a vineyard in Kerman, Calif., for decades. But a couple of years ago, he did something that made a lot of the other raisin farmers out here in California really angry. So angry that they hired a private investigator to spy on Horne and his wife, Laura. Agents from a detective agency spent hours sitting outside the Hornes' farm recording video of trucks entering and leaving the property.

What did the Hornes do to become the subject of a surveillance campaign? They sold raisins. More specifically, they sold all the raisins they produced.

The decision about how many raisins should be sold to the public isn't supposed to be made by individual farmers working on individual farms across California. It's supposed to be made by a group — the Raisin Administrative Committee. The committee gets together regularly to decide how to market the raisins of California, and they set grades and standards for California raisins. Another, more unusual, part of their work is determining how many raisins to sell to the public.

Each year the committee uses an equation to decide just how many raisins to release out into the world. If they don't think the demand is high enough for all the raisins made that year, they tell raisin farmers to turn over or divert some of their raisins into something called the raisin "reserve."

Generally, the committee only holds back raisins when there's a big crop. If lots of raisins are coming online, the committee worries that the price could collapse and that farmers could go out of business.

Once the Raisin Administrative Committee decides on the number of raisins to release to the public, it becomes the law of the land. The raisin committee gives a recommended number to the U.S. Department of Agriculture, and the department typically approves it.

If the committee recommends a lower number and any farmer tries to sell 100 percent of their raisins, it's against the rules and against the law.

Marvin and Laura Horne used to follow these rules and abide by the committee decision. But something happened years ago that made them decide to go outside the system: In 2002, the Raisin Administrative Committee voted for a particularly big diversion. Instead of letting the farmers sell all their raisins, they decided to divert a ton of them into the raisin "reserve" — 47 percent.

The Hornes knew if they didn't deliver to the raisin reserve, they might be breaking the law. So they started researching. They got a hold of the actual legislation where this is laid out, Marketing Order Part 989, and the Hornes say they found a loophole in the law. Loophole in hand, they set up their own packing operation a couple of years ago and started selling all their raisins.

The Raisin Administrative Committee does not agree with the Hornes' legal interpretation. They say the Hornes are breaking the law and should be punished.

What happened next is proof of how upside down the world of raisins is. For not agreeing to participate in behavior that in many other industries would be considered collusion, the federal government sued the Hornes for hundreds of thousands of dollars in uncollected raisins and fines. The case went all the way up to the Supreme Court before being kicked down to a lower appeals court.

The Hornes are awaiting a decision.