Accessibility links
The Charity That Just Gives Money To Poor People : Planet Money There are no strings attached. People can spend the money on whatever they want, and they never have to pay it back. 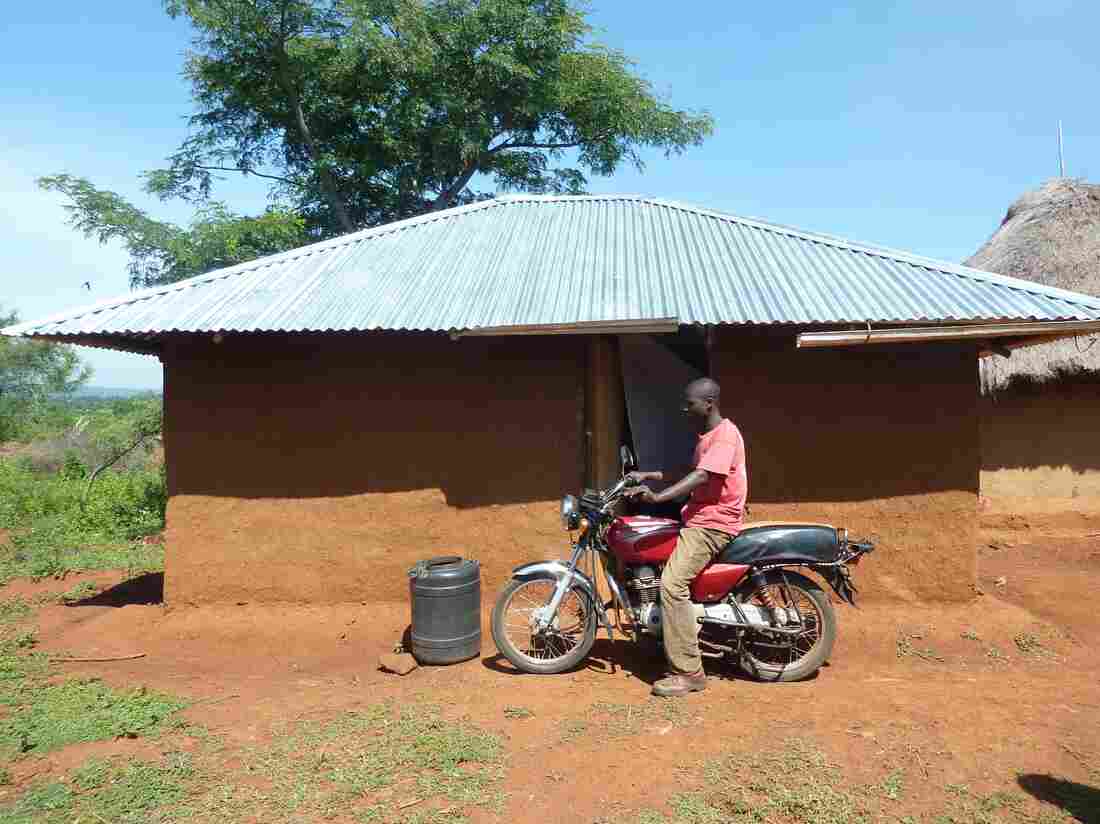 For more of our reporting on this story, please see our recent column in the New York Times Magazine, and the latest episode of This American Life.

There's a charity called GiveDirectly that just gives money to poor people in Kenya. No strings attached. People can spend the money on whatever they want, and they never have to pay it back.

The idea behind this is straight out of Econ 101: Poor people know what they need, and if you give them money, they can buy it. But many people in the charity world are skeptical of what GiveDirectly is doing. They say people will waste the money or become dependent.

We recently traveled to Kenya to see how the program was going. We talked to a man named Bernard Omondi who used the money — $1,000, paid in two installments — to buy a used motorcycle. He uses it as a taxi, charging his neighbors to ferry them around. Before he had the motorcycle, he says, he sometimes worked as a day laborer, but often couldn't find any work at all.

We talked to several other people who started small businesses. One family bought a mill to grind corn for their neighbors; another started selling soap and cooking oil.

All of the people who got money from GiveDirectly lived in mud-walled houses with grass roofs. Many of them spent part of the money on metal roofs to replace the old, grass roofs. As it turns out, grass roofs are not only leaky, they're also oddly expensive: They have to be repaired several times a year, which requires buying a special kind of grass. Buying a metal roof costs more up front, but it's cheaper in the long run.

GiveDirectly uses a Kenyan mobile money system that makes it cheap and easy to send money to anyone with a cellphone. (The group gives cheap phones to people who don't already have them.) Mobile money is spreading to other countries, and the people who started GiveDirectly think giving cash could become one of the major ways people in richer countries help people in the developing world.

If giving cash does prove to work, it will raise an awkward question about some of the other charities out there: Maybe they'd do more good if they took the money they're spending and just gave it to the poor.

We'll have more on that question later today on All Things Considered.