Accessibility links
Cash, Cows And The Rise Of Nerd Philanthropy : Planet Money Most charities get money from donors and spend it on things they think will help people — schools, medicine, farm animals. GiveDirectly just gives money away. And that poses a challenge to the more traditional charities.

For more of our reporting on this story, please see our recent column in the New York Times Magazine, and the latest episode of This American Life.

This morning, we reported on a charity called GiveDirectly that's trying to help poor people in the developing world in an unusual way: It gives them money with no strings attached. This is a somewhat radical idea in the charity world. 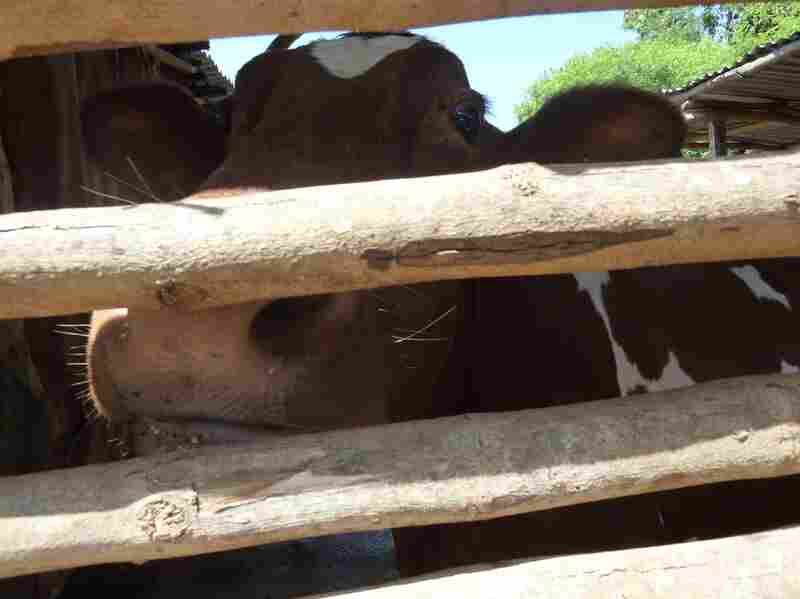 A family in western Kenya received this cow as part of a Heifer International program. NPR hide caption 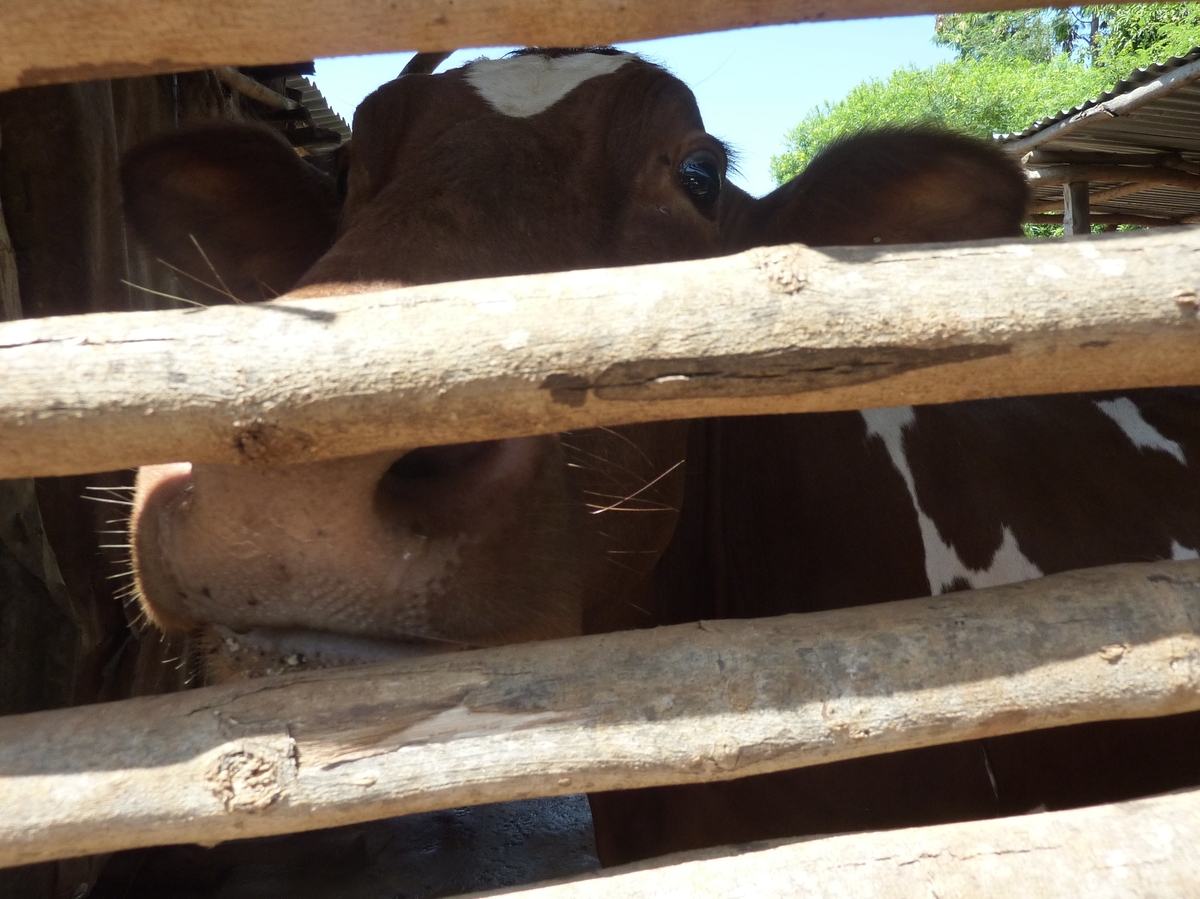 A family in western Kenya received this cow as part of a Heifer International program.

Most charities, of course, get money from donors and spend it on things they think will help people. They build schools, provide medicine or give people cows.

When we were in Kenya recently, we visited a village where people had been given cows by a group called Heifer International. And, we can report, these were very impressive cows. They looked strong and healthy.

And, like lots of charities, Heifer also spends money to provide training. Working with another group called Send a Cow, Heifer teaches people to make sure their cows get the right nutrition and to keep detailed logs tracking milk production. People visited the village to make sure everything was going well. And all this really helped. One woman told us her cow produces 15 times as much milk as local cows — and she sells most of the milk.

That's a traditional charity. GiveDirectly, on the other hand, takes money from donors and just gives it to poor people. (For more on how GiveDirectly works, see our story from this morning.) This is something of a challenge to other charities. Paul Niehaus, one of the group's founders, is pretty blunt about it.

"We would like to see organizations make the case that they can do more good for the poor with a dollar than the poor can do for themselves," he says. "And I think some may be able to make a convincing case. But if you go to the websites, today I don't think you're going to be seeing that argument being made. Nobody even bothers."

Neihaus says charities should be clear about how much they're spending and how much it's helping. And to figure this out, he says, charities should do actual experiments. In GiveDirectly's case, independent researchers are conducting a randomized, controlled trial. Basically, there are two groups of villagers. One group gets money, the other doesn't. The researchers do a detailed survey to compare the two groups and see what difference getting money makes. The results from the study are due out later this year. And they'll be made public.

Not surprisingly, Niehaus loved this idea. We called up Heifer International to see what it thought, and we talked to Elizabeth Bintliff, vice president of Heifer's Africa programs.

"As an African woman, that sounds to me like a terrible idea," she said. "It sounds like an experiment, and we're not about experiments. These are lives of real people." The world is "just not that linear," she said. "It's not an equation. It's an ecosystem."

Still, she said, Heifer has worked with independent researchers to measure its programs. "The University of Western Michigan evaluates Heifer's projects and has found that there's very positive return to families in terms of income, nutrition and other indicators," she told us.

Bintliff said she could send us those evaluations. After the interview, though, we got an email from a Heifer official. After thanking us for our interest she wrote: "As the sources cited are unpublished, we're not able to provide further information publicly at this time."

Until pretty recently, the charity world has been about doing stuff that helps, without really asking: How much does it help exactly, and how much does it cost? But there does seem to be this shift that's starting to happen. Philanthropy is getting nerdier; people are paying more attention to data.

Last year, the GiveDirectly guys gave a presentation at Google's corporate charity office. They didn't show any pictures of people. But they showed charts and studies and numbers. The people at Google were impressed. They gave $2.4 million to GiveDirectly and told them to figure out how to give money to lots more people.