Accessibility links
A College Kid, A Single Mom, And The Problem With The Poverty Line : Planet Money A college student getting help from his parents may be below the poverty line. The mother who earns $23,000 a year is not.

Rico Saccoccio is a junior at Fordham University in the Bronx. He's from a middle-class family in Connecticut and he spent the summer living at home with his parents, who cover about $15,000 a year in his college costs. 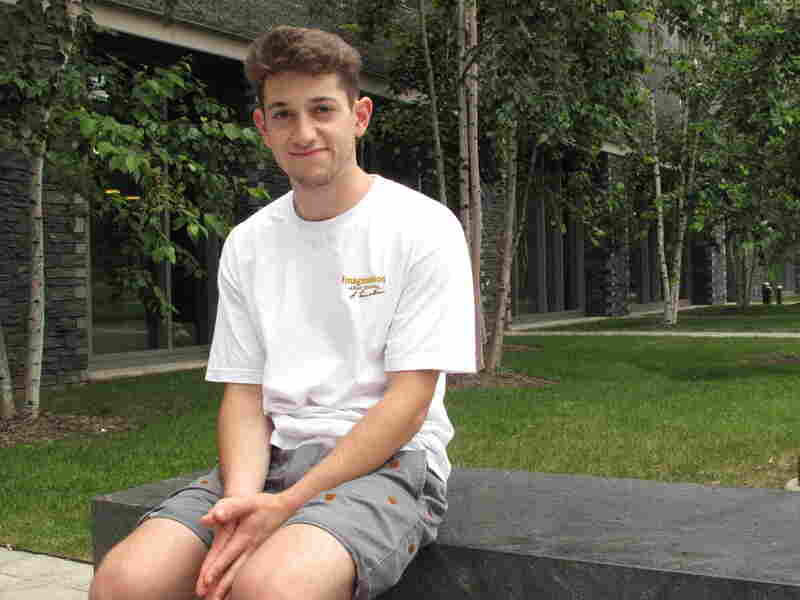 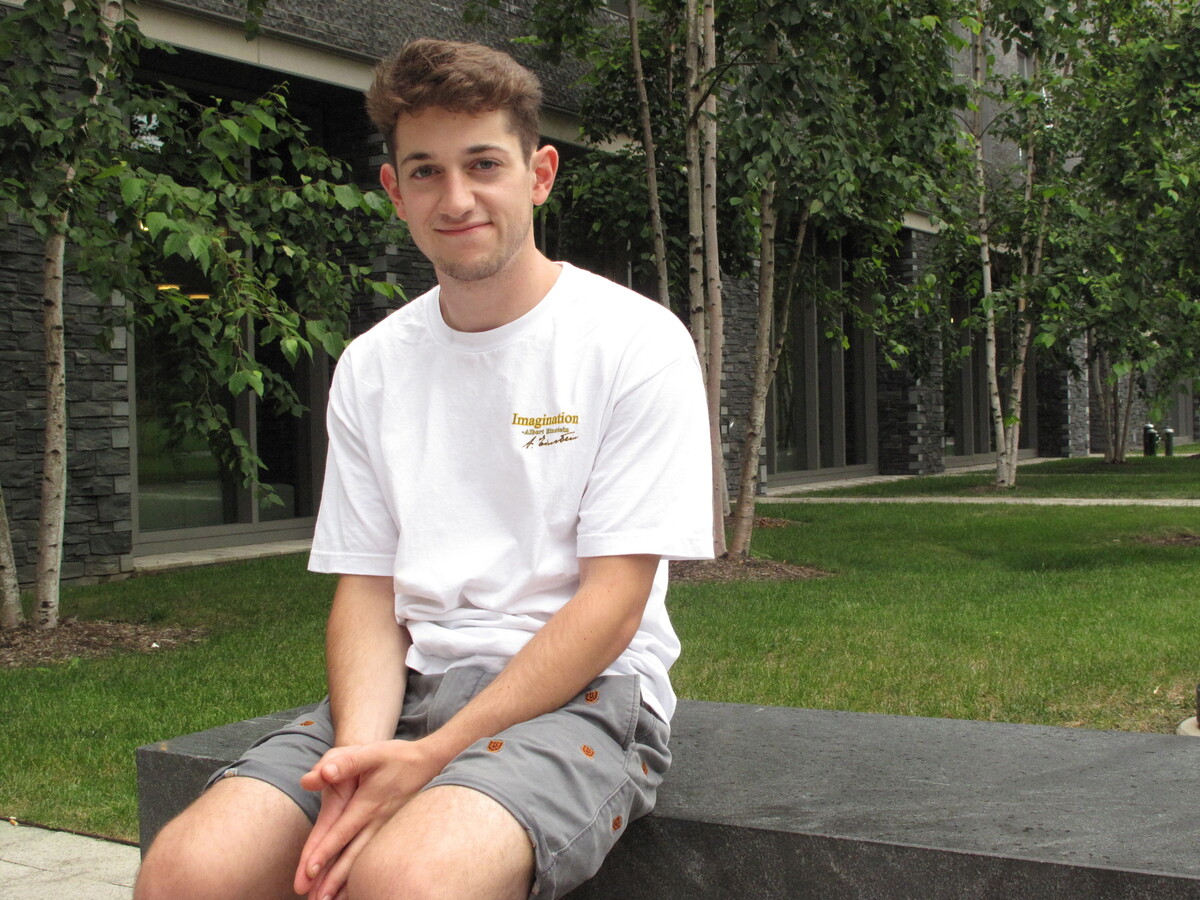 Rico Saccoccio is a junior at Fordham University.

According to the U.S. government, Saccoccio is living in poverty. The $8,000 he earns doing odd jobs puts him well below the $11,945 poverty threshold for an individual. In fact, the U.S. Census Bureau recently reported that more than half of all college students who are living off campus and not at home are poor.

Saccoccio has lots of student loans and lives off campus in a Bronx apartment where the elevator, heat and hot water don't always work. Sometimes, he microwaves water in Tupperware to wash his hair.

Still, he says, "I really don't think of the 'poor college' kid as actually somebody who is in poverty. ... It's a temporary investment, and you don't have to live like you do in college after you leave school."

Marion Matthew, a home health aide and single mom, also lives in the Bronx. She relies on a local food pantry and government benefits like food stamps and housing assistance to support herself and her 17-year-old son. 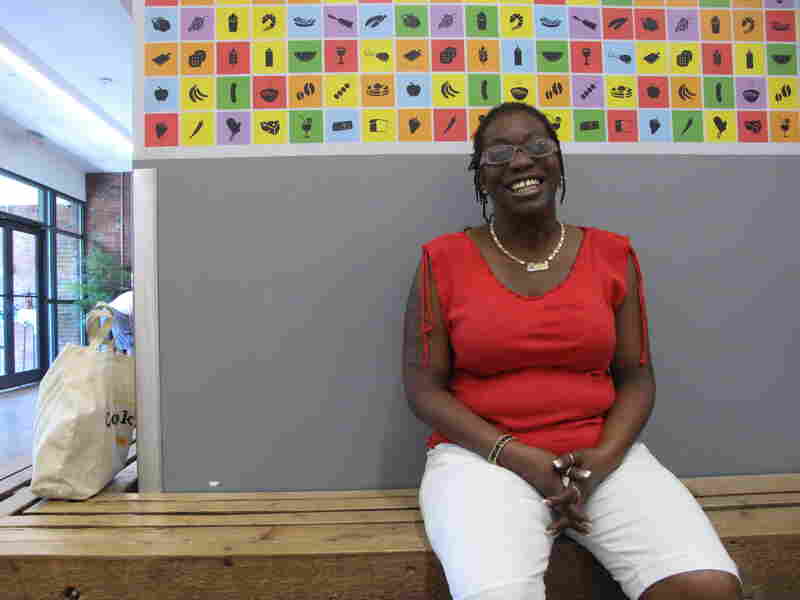 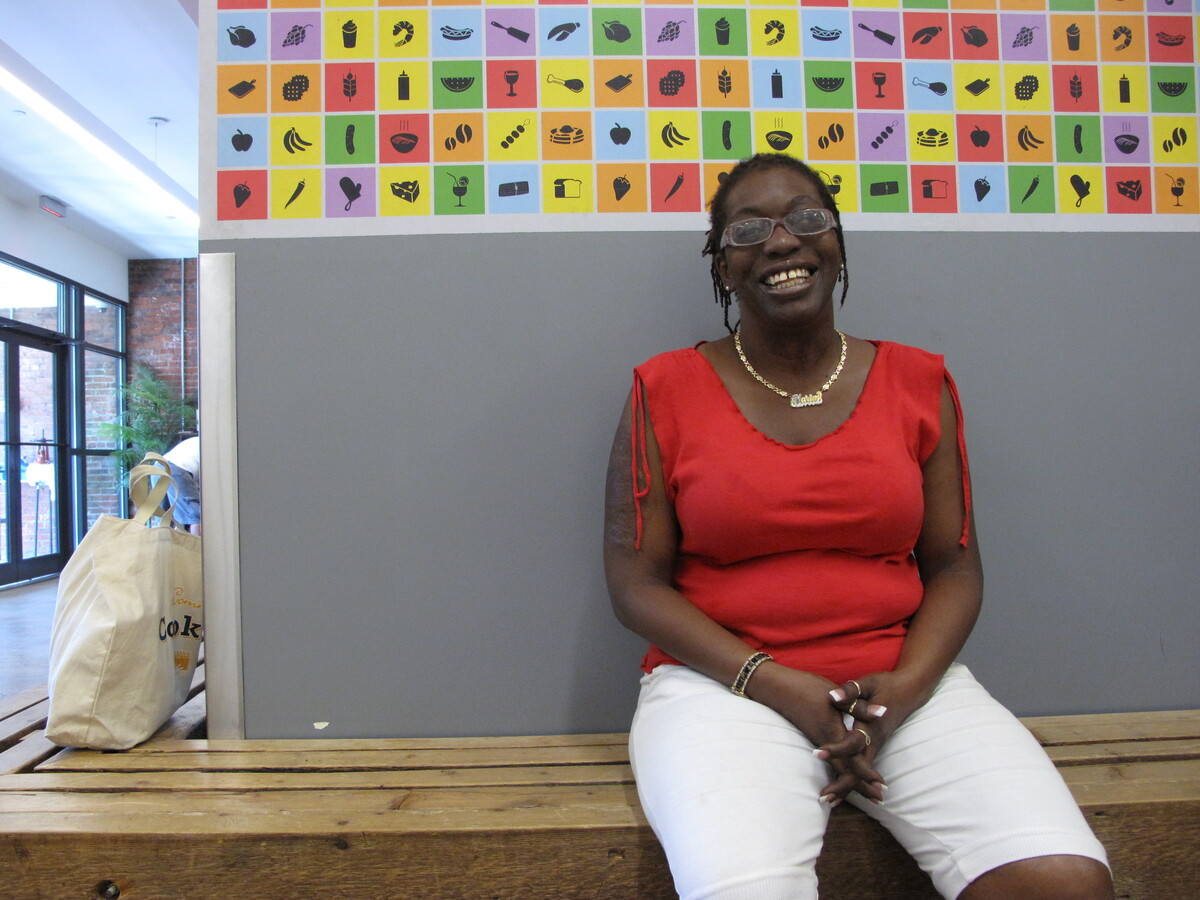 Marion Matthew is a home health aide supporting herself and her 17-year-old son.

Matthew says she certainly feels poor, because the money doesn't go very far in a city like New York.

"It costs you at least $500 a month for a person to eat," she says. And that's not to mention what she has to pay for rent, clothes and transportation to and from work.

The Problem With The Poverty Line

There's broad agreement that the way the U.S. measures poverty has some fundamental flaws — a topic that's likely to come up next month, when the new poverty numbers are released. Here are three key problems, as explained to me by Christopher Wimer, a researcher at Columbia.

1. It doesn't account for geographic differences. The poverty line is the same, no matter where you live — whether it's in New York City or rural South Dakota.

3. It doesn't consider the value of of government benefits, such as food stamps and tax credits.

Changing the formula would require overcoming lots of political obstacles, Wimer says. Government money for services such as housing aid and Medicaid is tied to the poverty line. "Any sort of official change to that means there's a lot of sort of winners and losers, and so it's hard to monkey with that too much," Wimer says.

And describing poverty can be complicated. Some low-income college students are supported by their families, but others aren't — and it's not easy to differentiate the two.

Still, in response to all the concerns, the government has started to issue something called a supplemental poverty measure. It considers the impact of regional cost-of-living differences, as well as expenses such as child care and the value of government benefits.

But the supplemental measure is still a work in progress, and it's released weeks after the official numbers come out and grab all the headlines.