Accessibility links
Jobs, Debt And Home Prices Since The Crisis, In Five Charts : Planet Money Five years after the financial system imploded, we graph five key measures of how Americans are faring.

Jobs, Debt And Home Prices Since The Crisis, In Five Charts

Jobs, Debt And Home Prices Since The Crisis, In Five Charts

The housing bust started in 2006. The recession started in 2007. But it was in September, 2008 – five years ago this month – that the financial crisis hit its most intense moments. Here's a look at how U.S. households have fared since then. 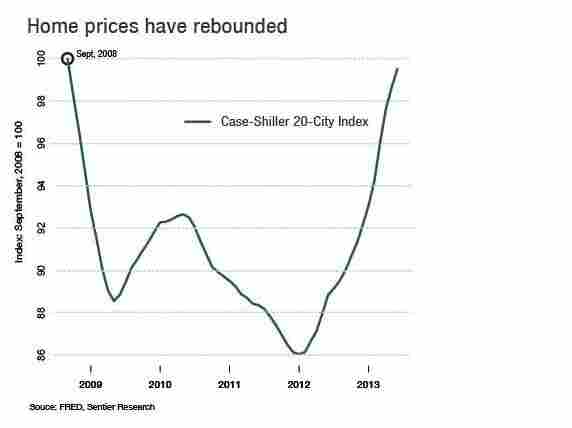 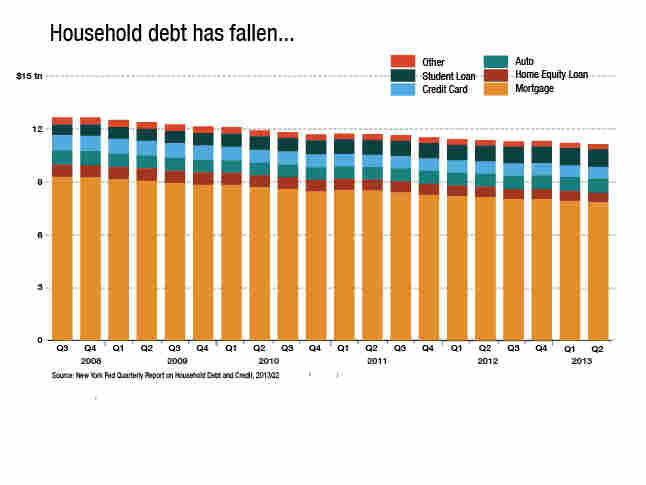 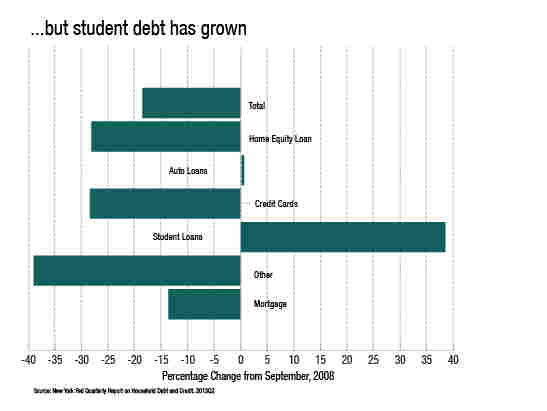 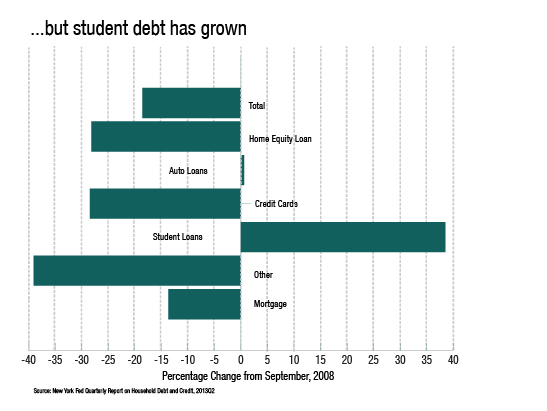 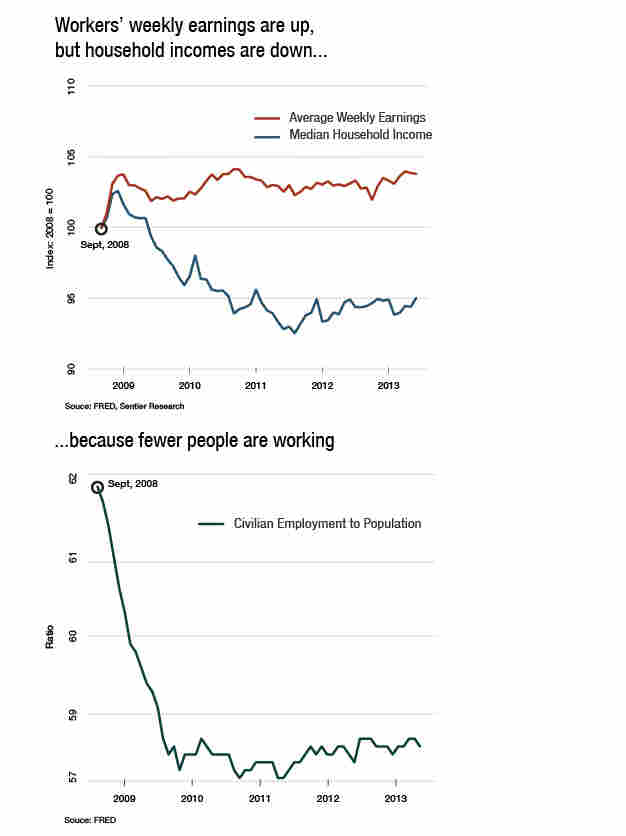 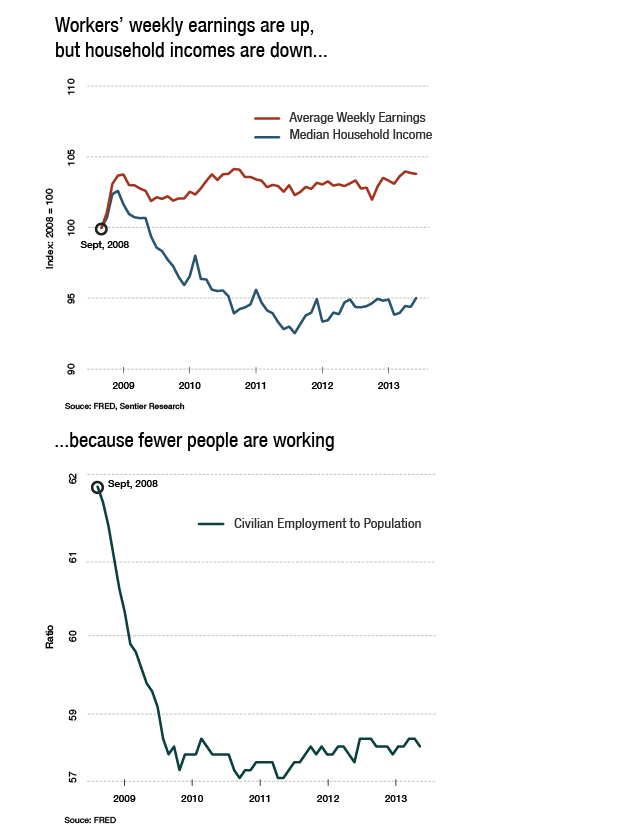 Correction: The headline initially said "four charts." Thanks to the commenter who pointed out that there are, in fact, five charts in this post.