Accessibility links
Cashing In On The Fantasy-Sports Economy : Planet Money People paid $1.7 billion to play in fantasy leagues last year. Real businesses are springing up to try to profit from the fantasy economy. 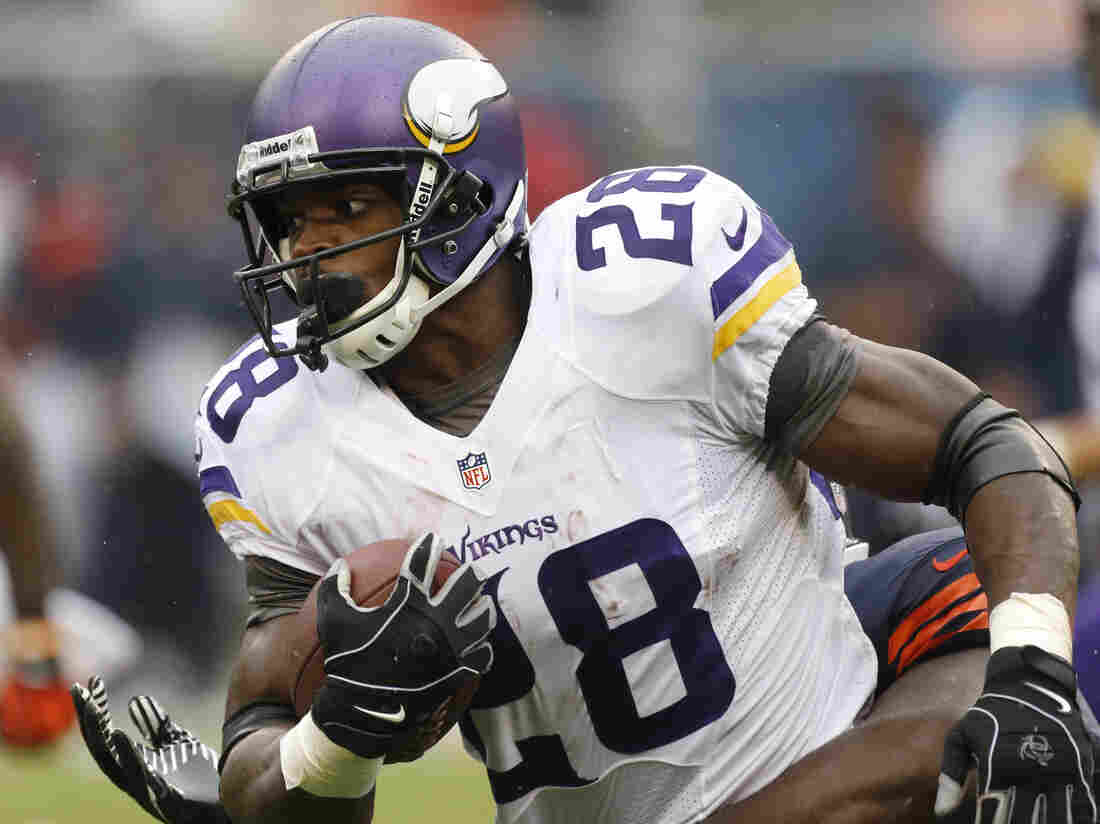 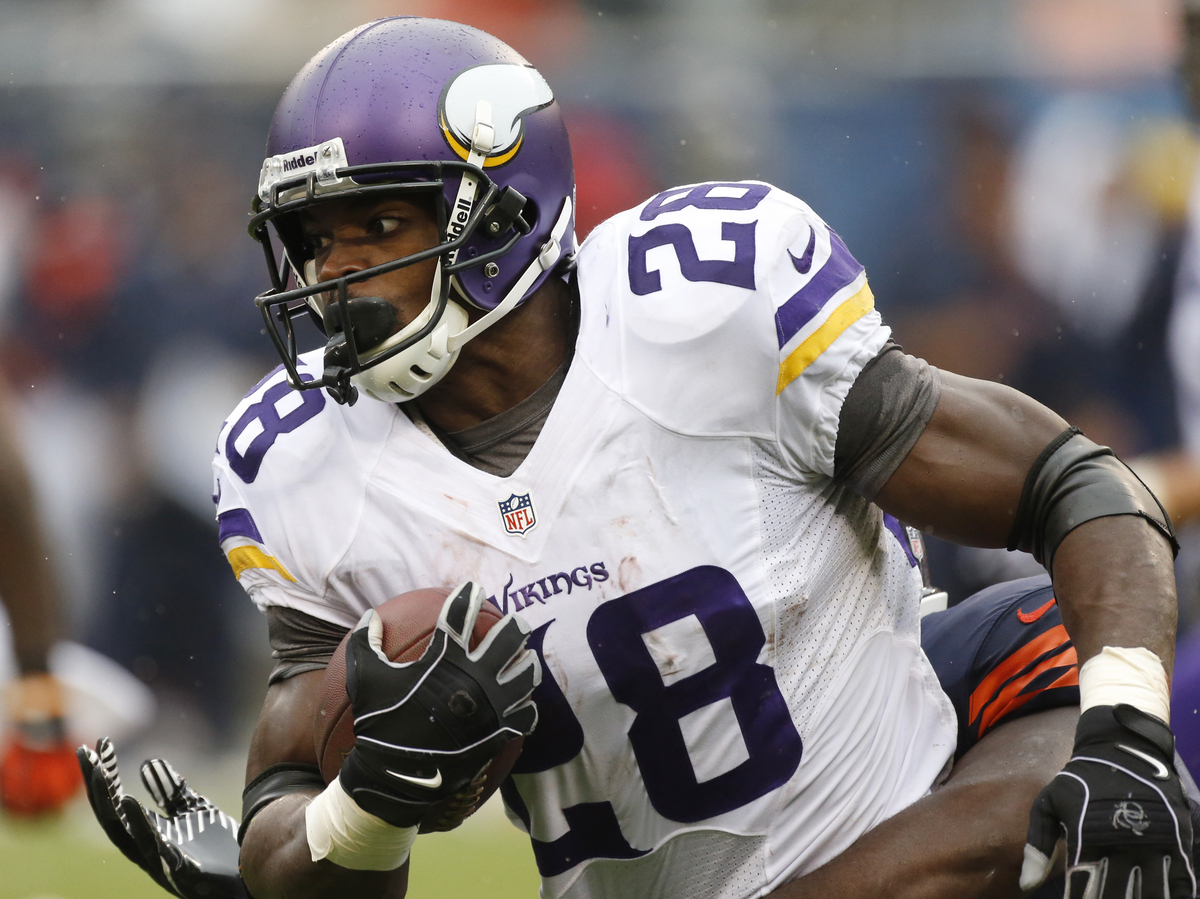 Lots of fantasy managers are taking out insurance on Adrian Peterson this year.

There's big money in fantasy sports. Last year, alone, people paid $1.7 billion to play in fantasy leagues. With all that money sloshing around, a fantasy economy has sprung up, giving rise to real businesses. Here are four of them.

Brady was out for the season. And fantasy-football managers who had drafted Brady were screwed.

"And it kind of just hit me," Olszewski says. "Could this be an opportunity to put together a program to cover fantasy team owners against these type of injuries?"

Olszewski's business sells insurance — real insurance — to fantasy team owners. Here's how it works. Say you're a fantasy manager and you're paying $100 to participate in a fantasy league. You can buy insurance from Olszewski for $10. Then, if your star player goes down for the season, Olszewski will pay you $100.

This season, he says, the big player fantasy owners are insuring against is Minnesota Vikings Running Back Adrian Peterson.

Say it's late in the season. A manager of a team that's not in contention trades a great player in exchange for a weak player. "Everyone raises up their arms and says, 'Wait a minute, that's crazy," says Bill Green, founder and CEO of fantasydispute.com. In extreme cases, fantasy managers accuse each other of cutting side deals that are against the rules.

When this happens, Green will serve as a judge-for-hire: For $14.95 he'll step in and issue a ruling to resolve the dispute.

LeagueSafe holds entry fees and manages payouts for fantasy leagues. And while the businesses we described above — the insurance company and the judge — are small, part-time operations, LeagueSafe is a full-blown business.

"We're up to 8 employees, and we've got several hundred thousand people using the product," Paul Charchian, the company's founder, told me.

LeagueSafe doesn't charge a fee — they profit off the float, by investing the money they hold during the season.

Bonus: Carchian is also President of the Fantasy Sports Trade Association, because even fantasy sports companies have their own lobbying group.

In a typical fantasy league, managers draft teams and wait all season to figure out who won. FanDuel lets players compete against each other every week in football, and every day in other sports.