Accessibility links
Episode 189: Why A Dead Shark Costs $12 Million : Planet Money And why a photo of steel wool that looks like a tornado costs $1,265.We wade into the economics of the art world. 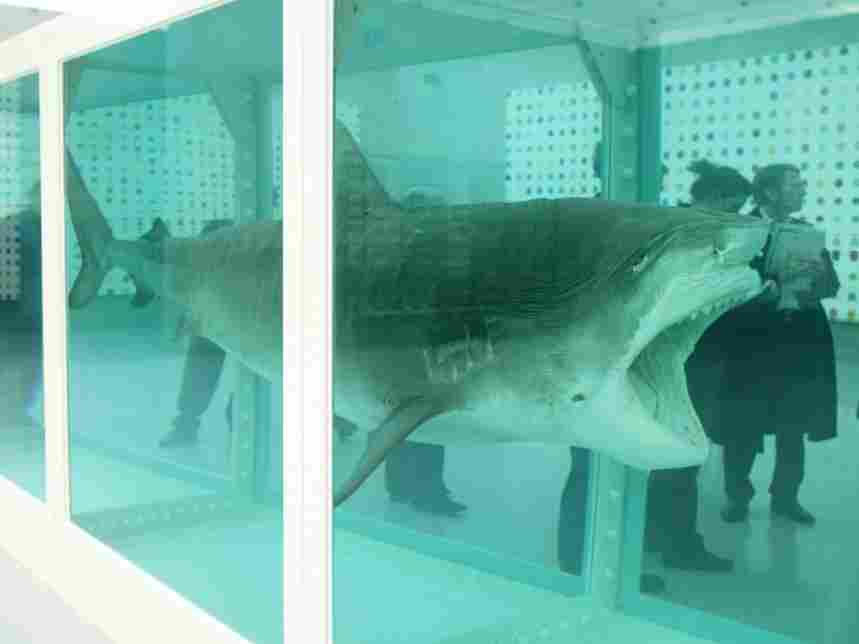 "The Physical Impossibility of Death in the Mind of Someone Living," by Damien Hirst. Regina Kuehne/Keystone/AP hide caption

On today's Planet Money: Why a dead shark costs $12 million, and a photo of steel wool that looks like a tornado costs $1,265.

In other words, we wade into the economics of the art world.

Here's a slide show with some of the works we talk about in the podcast:

For more, read Ed Winkleman's blog and check out his gallery. Browse the works of Matthew Albanese, the man behind the steel-wool tornado. And read "Art Investment as Floating Crap Game" by William Baumol, an economist and artist.

Note: This episode was originally posted in 2010.