Accessibility links
What's A Bubble? : Planet Money Two Nobel laureates disagree on a basic economic question: Is it possible to reliably spot bubbles before they burst? 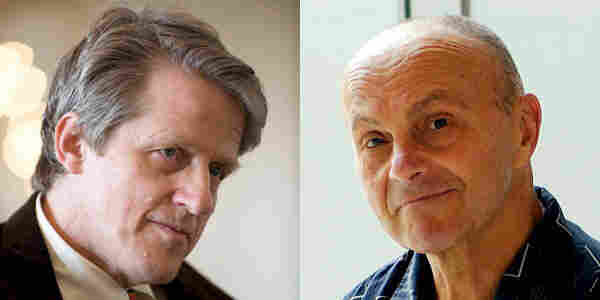 "He and I seem to have very different views," Shiller told me. "It's like we're different religions."

In particular, they have very different views about economic bubbles.

"The word 'bubble' drives me nuts, frankly," Fama told me.

Fama believes markets are basically rational. At any given moment, he says, prices reflect the collective wisdom of everyone in the market. If it were clear that prices were irrationally inflated, investors would stop buying en masse — and prevent a bubble from getting out of control, he says.

Shiller, on the other hand, is famous for describing bubbles, and for predicting the two big ones of our time — the dot-com bubble and the housing bubble.

Fama is unimpressed. "What happens each time is the media goes in and finds somebody who predicted it, and that person gets anointed," he says. "You don't go back and look at past predictions and see, 'Is this just luck?' "

This is more than an academic debate. If you believe bubbles are predictable then maybe you can slow or stop them. If you think they're hard or impossible to spot, there's not much to be done.