Accessibility links
What's The Best Way To Tax Marijuana? It Depends On What You Want : Planet Money If you want to raise money, charge a sales tax. If you want people to smoke less, tax producers. Traditional economics says this shouldn't make a difference, but it does. 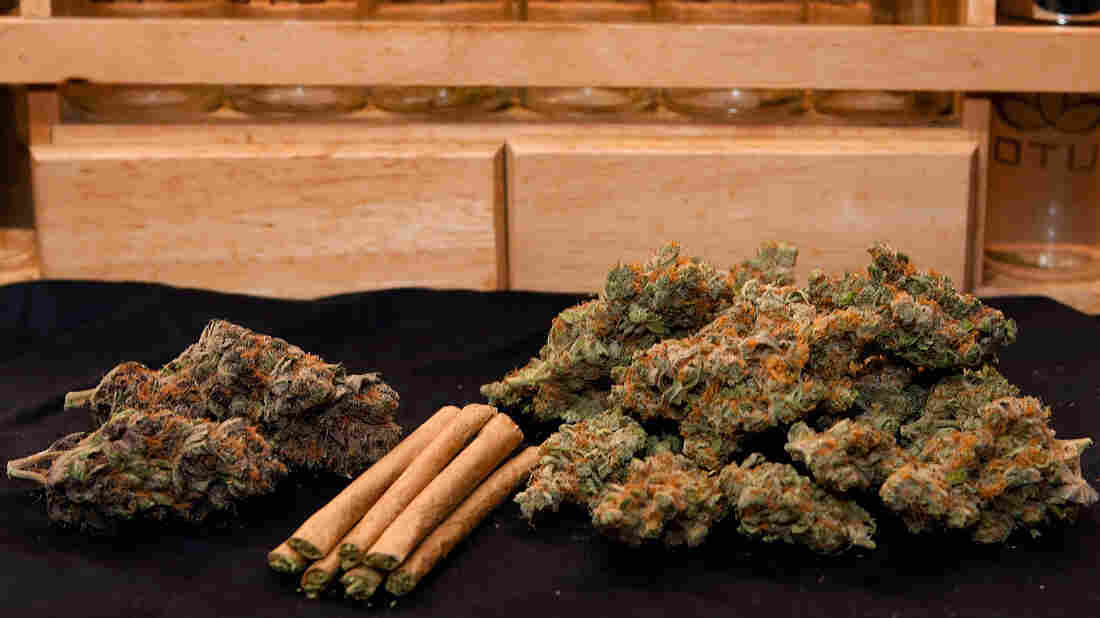 A basic tenet of economics: Tax things you want less of. If you want people to, say, eat less candy, tax candy.

Economists, given that they are economists, have traditionally assumed that it doesn't matter when the tax is added to the price. Whether people see the tax reflected in the price of the candy when they grab it off the shelf, or whether the tax is added at the cash register, like sales tax, shouldn't make a difference.

As it turns out, though, where the tax shows up matters quite a bit. "Consumers tend to pay more attention to taxes that are included in the posted price than taxes added on at the register," says Jacob Goldin, an economics researcher at Princeton.

Sales taxes aren't obvious to consumers. Most of us are not walking around the grocery store calculating in our heads how much the sales tax will add to what we buy.

"At least for me, I just swipe the credit card, just pay the cash," Goldin says. "It's not even until the end when I get my receipt that I know how much was taxed and how much wasn't.

Economists have actually quantified this. One study found that when taxes were included in groceries' sticker prices, demand went down 8 percent. You see the same effect with automatic tolls like E-ZPass. What you're paying is less obvious, so governments can get away with charging more.

The bottom line for policymakers is clear: If you want people to consume less of something, make the tax more obvious. If you want to just collect more money, make it less obvious.

But, Goldin says, policies often don't follow these rules. "Soda taxes, candy taxes — this is an area where policymakers have really screwed up if they're trying to get people to drink less soda," he says.

Connecticut, New York and New Jersey are just some of the states that charge higher sales taxes on candy to try to get people to eat less of it. But each uses a not-so-obvious sales tax, so potential candy eaters are less likely to be swayed.

Colorado decided to use both kinds of taxes for marijuana: A 15 percent tax collected during production (that adds to the posted price the consumer sees), and a 10 percent sales tax (that doesn't show up until the moment of purchase).

Dan Pabon, a state representative who helped create Colorado's marijuana taxes, says lawmakers there talked about a lot of ways they could tax pot. In the end, they split the difference.

"We wanted to make sure marijuana paid for itself," he says.

Pabon says the point of the taxes is not to discourage people from smoking — it's to raise money to regulate the marijuana trade and help fund schools. If that's the case, Goldin says, they might have been better off with a straight sales tax that doesn't show up until the customer gets to the register.