Accessibility links
A Locked Door, A Secret Meeting And The Birth Of The Fed : Planet Money The creation of America's central bank includes a bunch of bankers locked in a private library and a secret trip to a place called Jekyll Island. 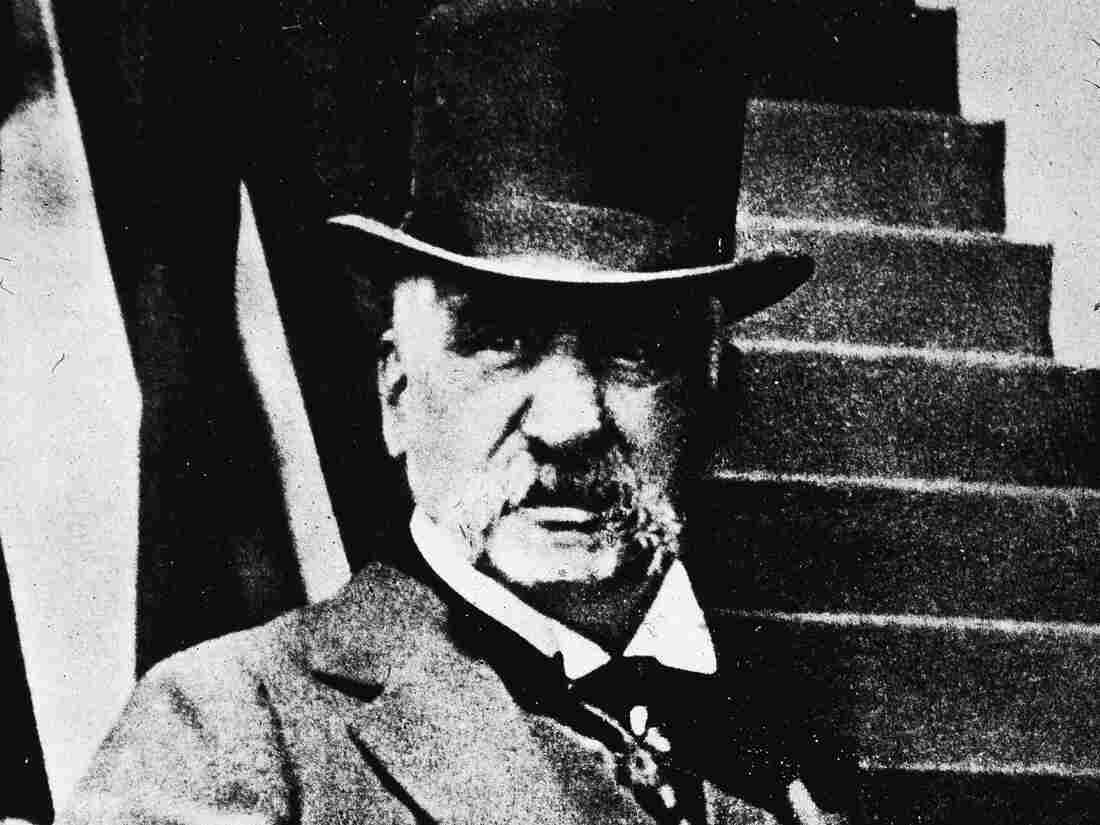 In 1907, the U.S. economy was in the grip of a financial crisis. Unemployment was up. The stock market was down.

People started panicking. They were lining up overnight to pull their money out of healthy banks. This can be deadly for an economy: Healthy banks have to shut down, businesses can't get credit, they lay people off, and the economy gets worse.

At the time, the U.S. government had no way to deal with the panic. There was no institution that could step in to stop the run on healthy banks. So the job of stopping the panic fell to one man: J.P. Morgan (of JPMorgan fame).

He summoned dozens of the leading financiers in New York to his private library on Madison Avenue and essentially ordered them to contribute to a $25 million pool that would be used to backstop the system. Then he locked them in and made them stay there through the night, until they all agreed to his plan.

The plan worked — it essentially ended the Panic of 1907.

But some powerful people in Washington wondered: What about the next panic? Do we really want the fate of the U.S. economy to hinge on one rich guy in New York?

One person in particular decided this was a problem: Sen. Nelson Aldrich, chairman of the Senate finance committee. Aldrich knew there was something America could do so that it would no longer have to rely on one guy to end panics: The U.S. could create a central bank.

This was not a new invention. Countries in Europe already had central banks. And, during panics, the central banks basically did what J.P. Morgan did in the U.S.: act as lenders of last resort for healthy banks. When depositors were lined up out the door yelling for their money, banks that were basically sound could borrow from the central bank.

But just consider that name: central bank. Throughout American history, both of those words — "central" and "bank" — had been deeply unpopular. The thought of a bunch of rich bankers in New York controlling a powerful central bank did not inspire confidence.

Still, Aldrich realized he needed bankers' help to draw up a plan for a central bank. So he came up with a plan to gather in secret.

He told a handful of New York bankers to go on a given night, one by one, to a train station in New Jersey. There they would find a private rail car hitched to the back of a southbound train. To conceal their identities, Aldrich told the bankers to come dressed as duck hunters and to address each other only by first name.

The train headed south, and the bankers got off in Georgia. They spent the next week holed up in a private club at a place called Jekyll Island. (Apparently, the name didn't sound as sketchy then as it does today.)

At Jekyll Island, Aldrich and the bankers came up with a plan. They knew many Americans thought a central bank could become too powerful, too influential in the economy. So they came up with a classic American workaround: They decided the U.S. should create lots of little central banks, scattered all around the country.

The plan they came up with still had a long way to go. It got shot down the first time in Congress. The plan for a central bank was debated, changed significantly, renamed. But the basic idea held up. And on Dec. 23, 1913, President Woodrow Wilson signed the Federal Reserve Act into law.

Creating the Fed didn't solve the nation's economic problems. In fact, a few decades after the Fed was created, its policies made the Great Depression worse. And the Fed has changed significantly over the course of a century. But even after all those changes, there are still a dozen Federal Reserve banks scattered around the country in cities like Dallas, Richmond and, of course, New York.