Accessibility links
The Great Handbell War : Planet Money For decades, the world's two biggest handbell companies — headquartered down the street from each other in Pennsylvania — were at each other's throats. 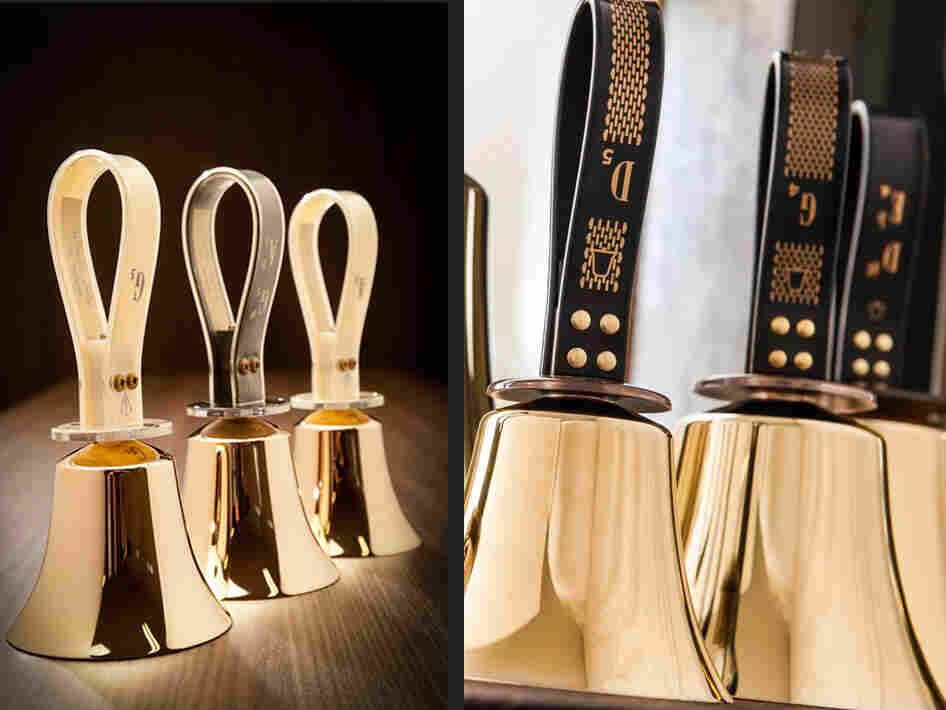 Malmark handbells on the left and Schulmerich bells on the right. malmark.com/schulmerichbells.com hide caption 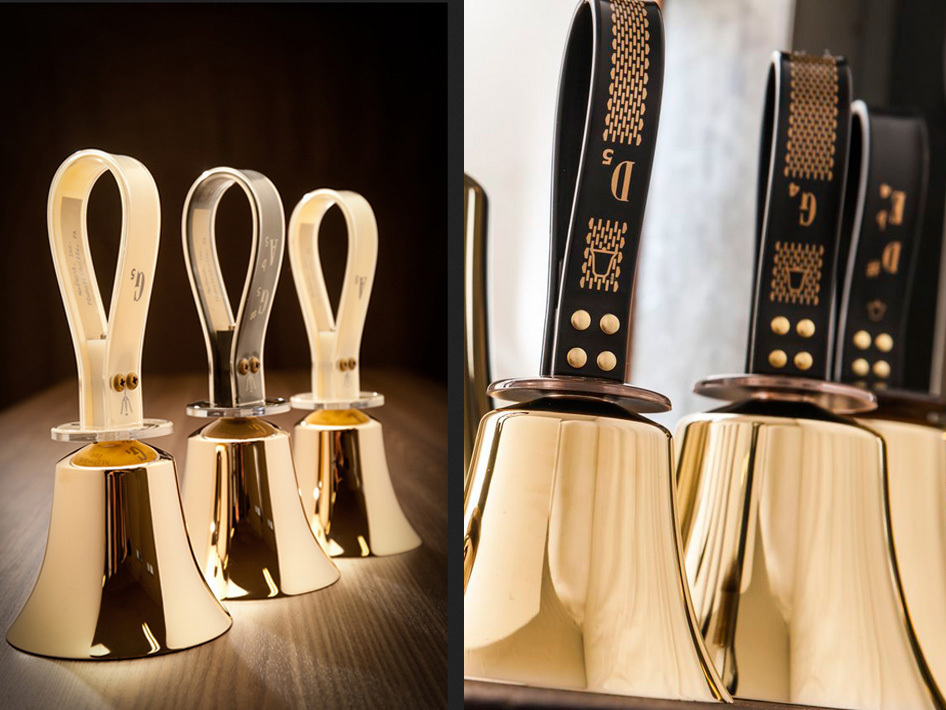 Jake Malta left his job as chief engineer at Schulmerich, the world's biggest handbell company, in 1973.

But Malta couldn't stop thinking about bells. He had a vision for a perfect bell — a bell he had never quite achieved at Schulmerich.

So he set up shop in his living room. "He had a folding table, two of them, stretched out with all of his drafting supplies and piano behind him," his daughter, Joann, says.

He traveled to Europe and studied the physics of bells. He made sketch after sketch. "He knew that he could make it better," his daughter says.

Malta made a bell that, he said, had a purer tone than the ones he had developed at Schulmerich. The bell had a slightly different shape; he removed the little brass nub at the top of the bell, where it attaches to the handle. (The nub is called a "tang." This will be relevant later in the story.)

Malmark and Schulmerich are down the street from each other in Bucks County, Pa. Some experts say they can tell the difference between the companies' bells, but they're divided over which bell sounds better.

Pretty early on, the fight over which sounded better ended up in court. Schulmerich ran an ad disparaging "tangless bells." In 1976, Malmark sued over the ad. The Bell Wars had begun.

The two bell makers settled that lawsuit, agreeing not to publicly compare bells. But then there was another lawsuit over a patent. There were claims and counterclaims.

Kermit Junkert in Schulmerich's sales department says these were terrifying times. Neither side was supposed to compare its bells to its competitor's. So the salespeople were instructed to use very specific phrases.

For example, Junkert was told he could say "Our handle is not hollow" — implying, but not explicitly stating, that the competition's handles are hollow.

Over in the engineering department, the Schulmerich bell shop was tasked at one point with proving that a bell with a tang was louder than one without.

The engineers built a robotic ringer that would hit the bell with exactly the same force every time. Gregory Schwartz, an engineer who worked on the robot, says the tang did make a bell louder — but just barely. "You're only looking at a percent or two, something like that," he told me.

The bell wars went on for more than 30 years. One case made it to the doorstep of the Supreme Court (which refused to hear the case). In another, Malmark won a $2 million settlement. Some bell ringers developed fierce affiliations to one company or the other.

Peace came slowly, with the passage of time. Jake Malta and his counterpart at Schulmerich passed away and a younger generation took over. Last year, the new heads of the companies found themselves at the same meeting in Cincinnati. And — this was big news in the handbell world — the two of them sat down and talked.

"The enemy is the 300 million people out there who don't ring handbells," Jonathan Goldstein, the new head of Schulmerich, told the new head of Malmark. "Let's go get those people and show them what a great instrument this is and get them ringing!"