Accessibility links
Episode 515: A Bet Over Bitcoin : Planet Money A big-time venture capitalist thinks bitcoin will change the world. A prominent writer thinks bitcoin is going to disappear. On today's show, they make a long-term bet on bitcoin's future. 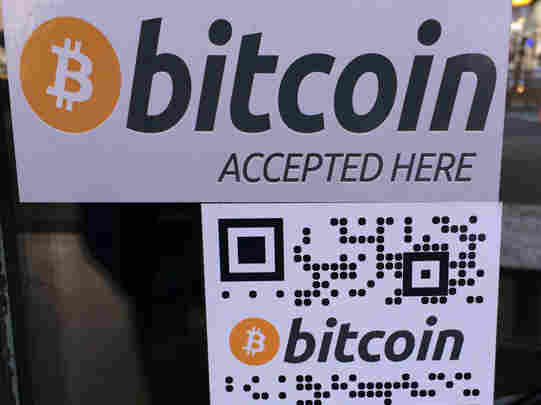 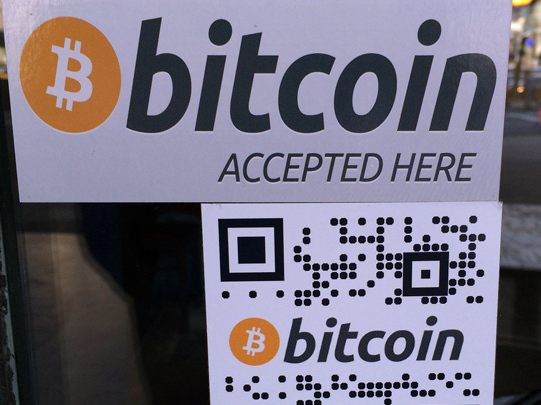 Ben Horowitz is a big-time venture capitalist. His firm invested in Facebook and Twitter. More recently, the firm invested some $50 million in startups related to bitcoin, the virtual currency that works like online cash. Ben thinks bitcoin is going to change the way people buy and sell stuff on the Internet.

Felix Salmon, a high-profile finance blogger at Reuters, is a prominent bitcoin skeptic.

So when Felix recently published an essay calling bitcoin a bubble that was sure to burst, Ben posted a comment challenging him to a bet over the future of bitcoin.

"I said, 'Why don't we just bet?'" Ben told us. "And I've read enough of Felix's stuff to know that would be irresistible to him."

"He's right about that," Felix said. "Being challenged by Ben Horowitz is kind of a high point of my career. So I immediately said yes."

When we heard about the challenge, we invited Felix and Ben to come on Planet Money to hash out the details of the bet. Basically, we offered to be their bookie. Fortunately for us, they accepted.

For more on the bet, see our post: A Venture Capitalist Is Betting A Pair Of Socks (And $50 Million) On Bitcoin's Future