Accessibility links
Spirit Airlines Taps A Nation Of Hate Fliers : Planet Money Spirit Airlines is one of America's fastest-growing airlines. It's also among the least popular airlines in America. How can one airline be both things at once? 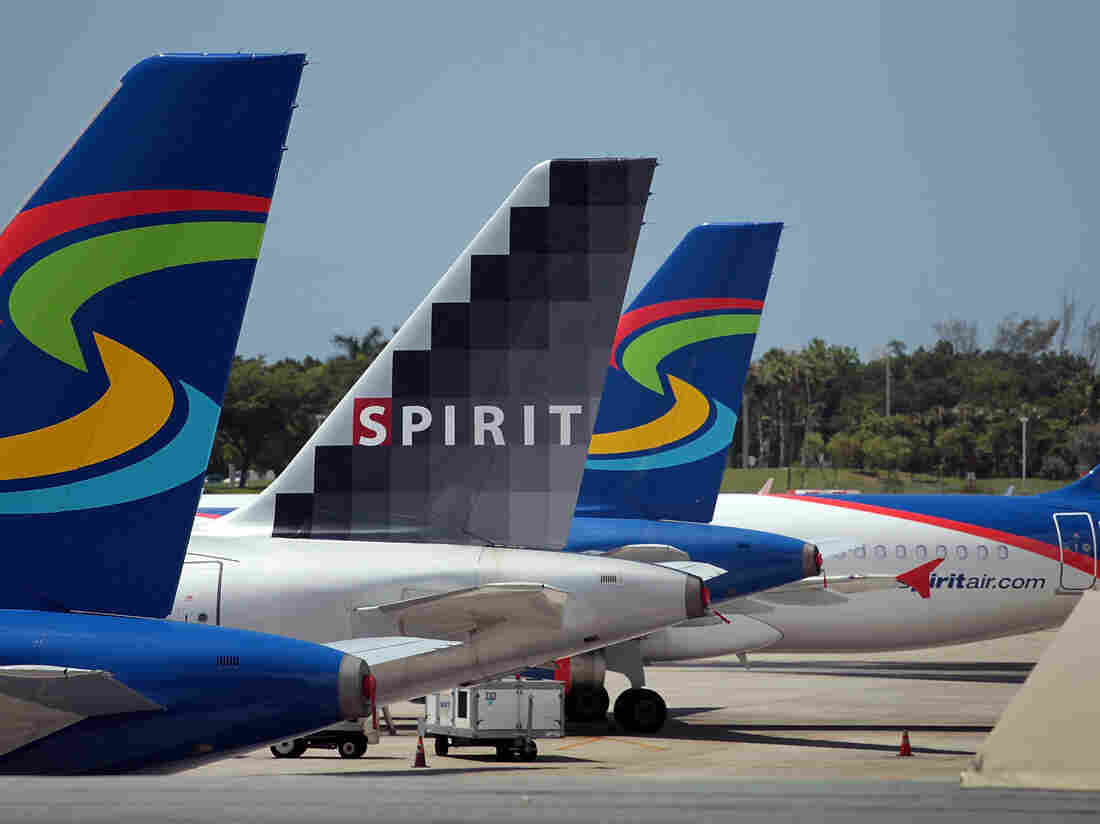 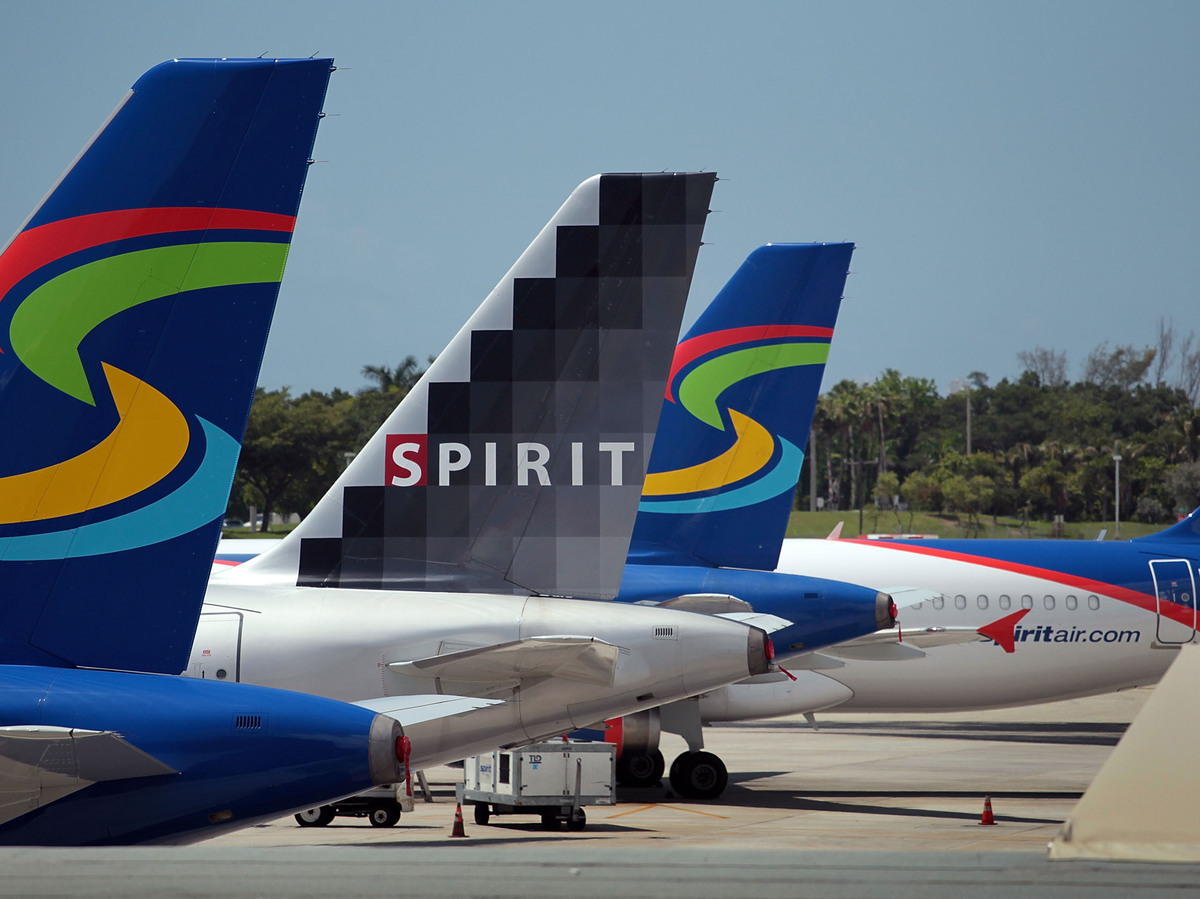 Spirit Airlines is one of the fastest-growing airlines in America. Last week, we flew Spirit from New York to Fort Lauderdale for $68.99 each. Cheap!

But that doesn't count fees. We paid $30 extra to pick our seats ahead of time. Once you're on the plane, a bottle of water costs $3. Even putting a bag in the overhead bin costs money on Spirit.

Somewhere between New York and Florida, the guy sitting across the aisle from us leaned over and said, "This sucks."

"I had to ask them if they charge to go to the bathroom," he said. "This is the first time we used Spirit, and it's gonna be the last time we use Spirit."

We were going to Fort Lauderdale to talk to Ben Baldanza, Spirit's CEO. He doesn't pretend that Spirit is a fancy airline.

"We're not even Wal-Mart," he said. "We're Dollar General. And we like being Dollar General, because we save people lots of money."

When you buy a ticket on Spirit all you're paying for is the transportation. Everything else is extra. All that free stuff you get on other airlines — like, say, checked bags — isn't really free.

"It's expensive to carry bags," Baldanza said. "You hire people to load the bags. You pay for bag belts in the airports ... you either charge the people who use it, or you charge everybody whether they use it or don't. And we think it's fairer to charge customers for what they use, and not charge them for what they don't use."

"That survey never asks people about the price of their ticket," Baldanza said. "Why doesn't Consumer Reports put out a survey that says a Mercedes S-Class is better than a Ford Focus?"

On our trip, we met people who liked Spirit's cheap fares and had figured out how to avoid the fees. We also met lots of people who were surprised and angry about the way the airline worked.

It turns out, there's also a third category of Spirit flier: the hate flier.

The hate flier is the guy who knows what he's getting into, doesn't like it, but flies Spirit anyway because it's so cheap.

On our flight back to New York, a bunch of the passengers around us said they'd never fly Spirit again. Barbara Dingus, flight attendant on the plane, didn't buy it.

"Why are our flights all full? Because those people come back," she says. "People complain, they get off. I remember faces. They get back on."