Accessibility links
Let Us Pay Your College Tuition : Planet Money Oregon and Tennessee want to fund your college tuition. Whose idea is best? We take it straight to economists for debate.

Let Us Pay Your College Tuition

Let Us Pay Your College Tuition 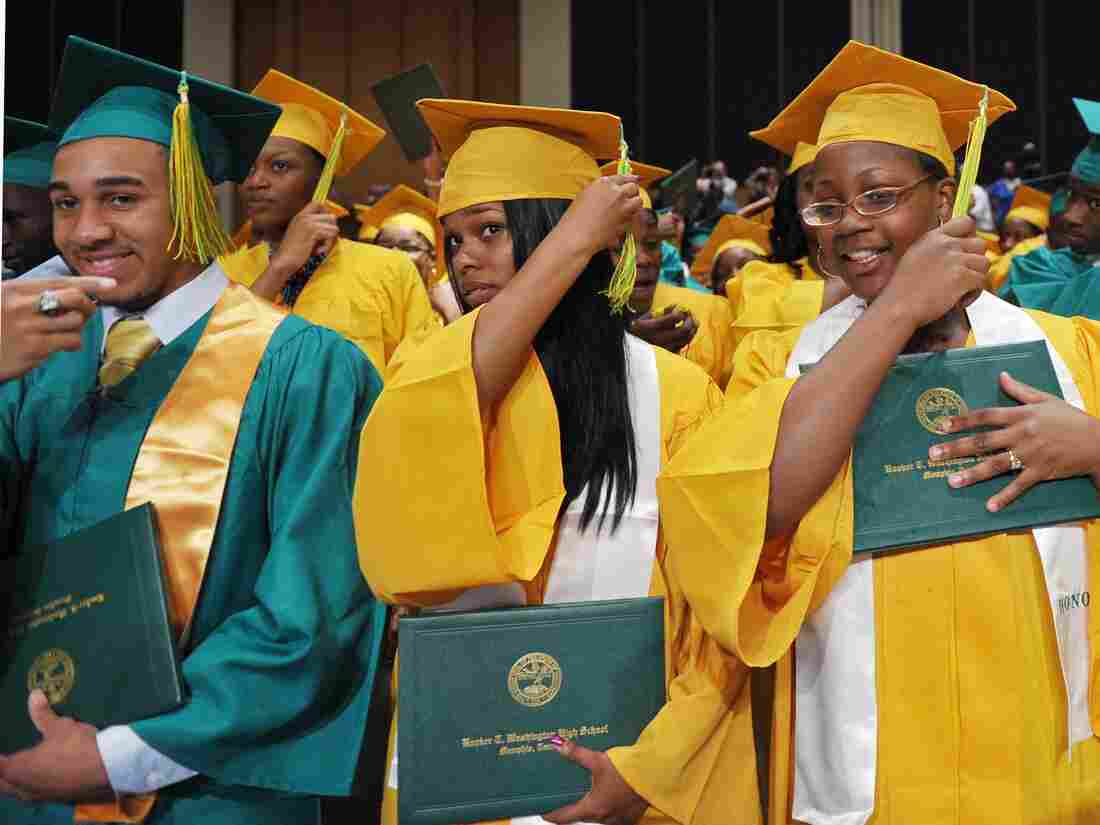 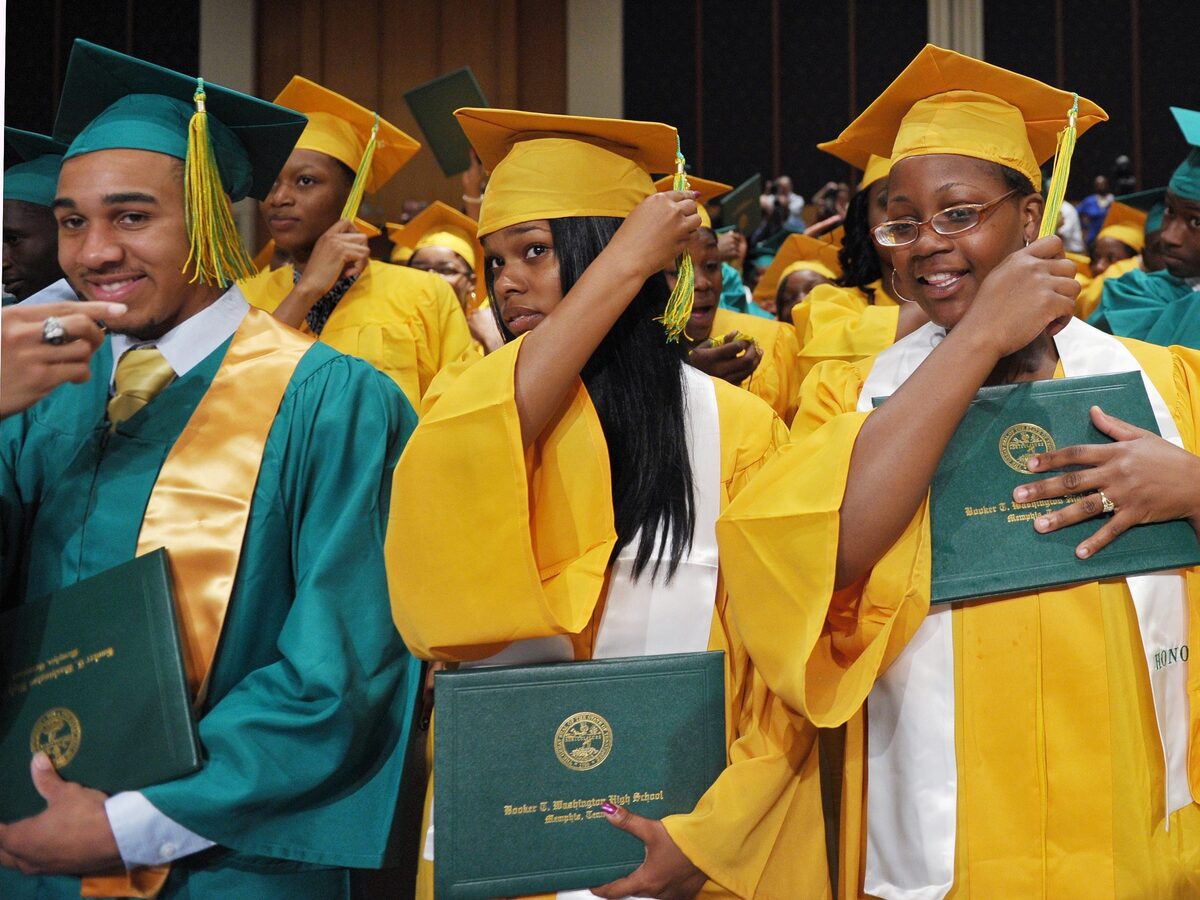 New graduates of Booker T. Washington High School adjust their tassels at their May 16, 2011, graduation ceremony in Memphis, Tenn.

Oregon and Tennessee want more college graduates. In that vein, each is considering very different ways to fund tuition. What are the odds of success and who ultimately benefits? We went to some economists and asked them.

Let's start with Tennessee, which announced its proposal earlier this month. Tennessee is one of the least educated states in the nation. Its plan, the "Tennessee Promise," proposes free tuition for two years of community college or technical school. The only requirements are grade- and community-service oriented. So how does Tennessee plan to pay for this $34 million annual cost? Lottery ticket sales.

This is not necessarily a new idea. Lottery funds have always been important to state budgets. But it does raise questions for some economists. Kevin Rask, a professor of economics at Colorado College, says, "To completely fund a segment of your state higher education on lottery ticket sales, that is a really specific kind of tax."

And his big question: Who is buying the lottery tickets? "You are getting this money from your public in one way or another," says Rask. "What I'm not sure of is who is that tax is falling on."

Since studies show that, in many states, lottery ticket sales are higher than average in impoverished regions, Richard Wolff, a professor of economics at the University of Massachusetts, Amherst, says this is fundamentally unfair: "A lottery is a tax on middle- and lower-income people. So if you are going to use this you are basically saying that in Tennessee the cost of college will be subsidized by lower-income people."

Susan Dynarski, professor of economics, education and public policy at the University of Michigan, says that is true but not the only thing to consider. "If a lottery is already in place and the tickets are being bought anyway then why not use the funds for education?"

Furthermore, she notes that community colleges are often the gateway to education for low-income students and so using lottery funds specifically for community college tuition is that much more appropriate.

Oregon has a very different proposal before its lawmakers. "Pay it Forward," as its name indicates, isn't actually free. Here's how it works: Students pay no tuition upfront. Instead, they agree to pay a small percentage of their income for a fixed number of years after college.

The idea, originally pitched by a group of students at Portland State University, bills itself as a social insurance program. That's because students are, in effect, paying a tax similar to Social Security where the scale slides according to income.

Wolff says this doesn't really solve anything. "That's basically no different than loading them up with debt," he says. "This is about being stuck with a debt or being stuck with an ongoing financial obligation. That's not a fundamental change." Dynarski agrees. "The fact is if Pay it Forward is designed properly it becomes an income-based repayment plan," she says.

She also points to the fact that Pay it Forward is great for art history majors, but what about everyone else? "These programs don't tend to work because of adverse selection, " says Dynarski. "You could end up paying many times what the cost of your education was, so people who expect to make a lot of money won't participate."

As to which proposal has better odds of success? All three economists agree that it depends on who expects to benefit. Students? Public schools? The state economy?

"This is like choosing between a crappy and a more crappy option," says Wolff.

Dynarski is not as pessimistic. She says it's not that these are breakthrough ideas; it's the fact that they are being considered before legislators all at once. "The political excitement behind these proposals is around fixing our student loan system. And that is very well placed," she says.