Accessibility links
The Invention Of 'The Economy' : Planet Money Until the Great Depression, nobody talked about "the economy." In a sense, it hadn't been invented yet. 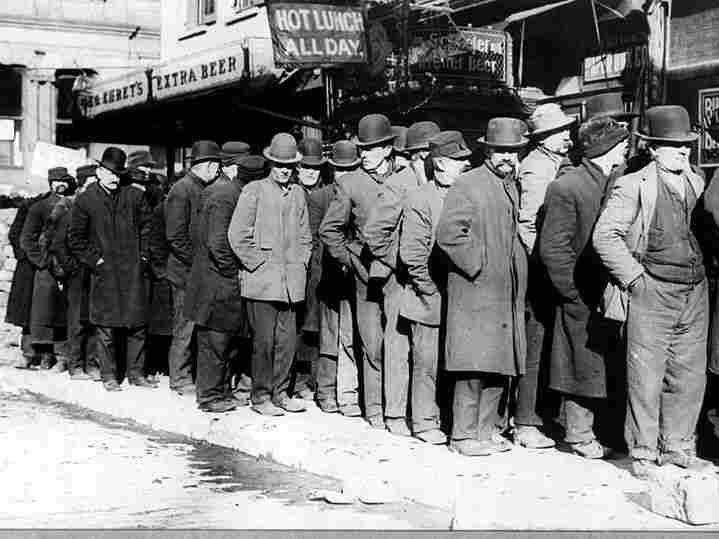 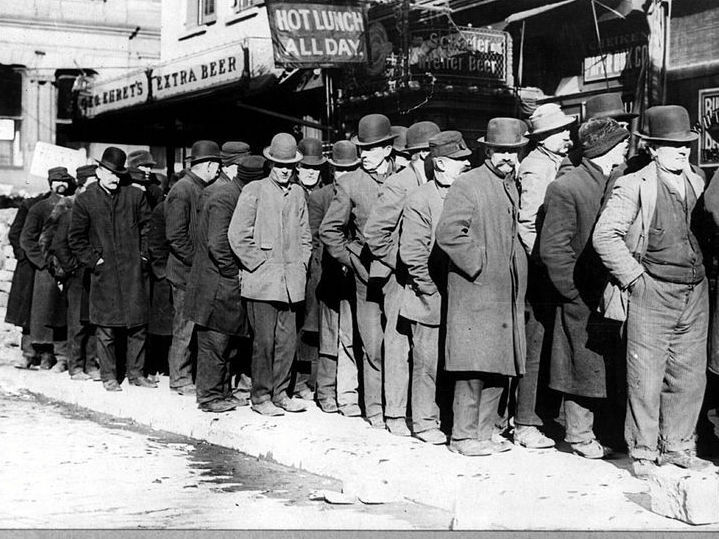 If you'd asked somebody 100 years ago, "How's the economy doing?" they wouldn't have known what you were talking about.

At the time, people talked about things like banking panics, and national wealth, and trade. But, according to Zachary Karabell, this thing we call the economy — this thing that we constantly measure with specific numbers — wasn't really invented until the 20th century.

"It was invented because of the Great Depression," says Karabell, who just wrote a book called The Leading Indicators. He says:

So the government starts calculating out this single, official number called national income. It's the forerunner of today's Gross Domestic Product, or GDP, and it's basically the value of all the goods and services produced in the country in a year.

When it's released in the depression, this wonky statistic becomes an overnight sensation. A report on national income submitted to Congress becomes a bestselling book.. And pretty soon, you can't turn on the radio without hearing those numbers and what they're measuring.

In the decades that follow, national income becomes gross national product and eventually GDP — and it sweeps the world. "The first thing you do in 1950s and '60s if you're a new nation is you open a national airline, you create a national army, and you start measuring GDP," Karabell says.

You need to calculate GDP because if you want help from the World Bank or the United Nations, they're going want to know: What does their help do for your country's economy?

It's somewhere around this time, Karabell says, that people start to make too much of GDP. Rather than a limited measure of the economy, it becomes this Cold War gauge of who's doing better, who's winning. And, so, perhaps inevitably, all that success leads to a backlash.

In one of the most famous moments of that backlash, Robert Kennedy enumerated the shortcomings of what was then known as Gross National Product.

"Gross National Product does not allow for the health of our children, the quality of their education, or the joy of their play," he said. "It does not include the beauty of our poetry or the strength of our marriages, the intelligence of our public debate, or the integrity of our public officials."

GDP was never intended to measure overall well-being or a nation's standard of living. "It does what says on the tin: It measures the economy," says Diane Coyle, an economist who just wrote a book called GDP, A Brief But Affectionate History. "We shouldn't make it do something it was never intended to do."

One problem with GDP: Certain things that are clearly bad actually make GDP go up — like hurricane damage that costs a lot to fix.

Even figuring what to count in GDP can be tricky. For example: Should you count the black market, which means everything from off-the-books babysitters to mafia drug deals? The U.S. doesn't. Other countries do. Back in the '80s Italy started counting its black market and overnight the Italian economy became bigger than the UK economy. The Italians celebrated. They called it Il Sorpasso.

Coyle says this kind of thing points to a common misconception:

We tend to think about GDP as if it's a natural object. It's like a mountain, and we have methods of measuring it that are better or worse and more or less accurate. But there is a thing there to be measured. And that's not just true with the economy: There's no natural entity called GDP in the universe.

In other words, maybe the most important thing to remember about GDP is it's not a thing. It's an idea. And that idea keeps changing. Just last year the U.S. tweaked the way it calculates GDP. And in an instant, the economy was $500 billion bigger.