Accessibility links
The Town Where Everyone Talks About Death : Planet Money In La Crosse, Wisconsin, almost everyone plans for their death. Not coincidentally, La Crosse spends less on end-of-life care than any other place in the country. 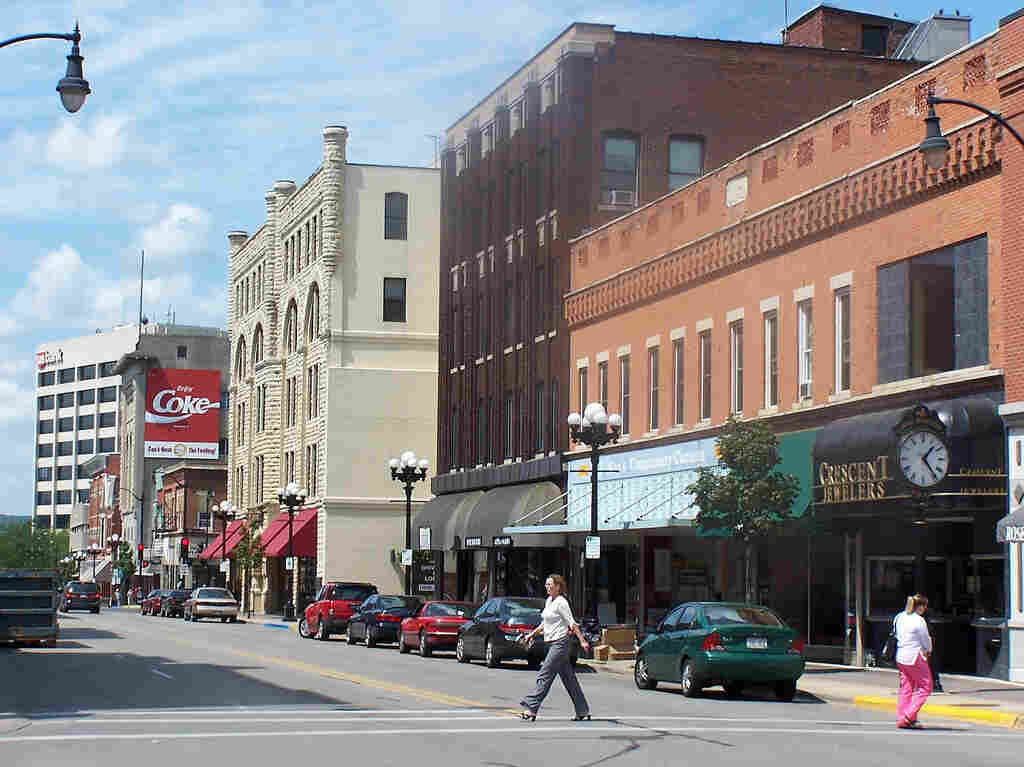 George Phillips has his death planned out. His wife Betty has planned hers. They have filled out an advance directive, outlining how they want to die.

Their neighbors across the street have filled out the same paperwork, as has the family next door. In fact, in La Crosse, Wisconsin, you're unusual if you don't have a plan for your death. Some 96 percent of people who die in La Crosse have an advance directive or similar documentation. Nationally, only about 30 percent of adults have a document like that.

In this community, talking about death is a comfortable conversation — neighbors gossip about who on the block hasn't filled out their advance directive.

It's become such a comfortable conversation basically because of one guy in town. Bud Hammes works as a medical ethicist at a local hospital called Gundersen Health System. For years, he was called when someone's dad had a stroke, was in a coma, on machines. Bud would sit down with the family and try to help them figure out what to do next. And every time, he says, the discussion was excruciating.

"The moral distress that these families were suffering was palpable," he says. "You could feel it in the room."

Most of the time, Bud says, they'd be talking about a patient who had been sick for years. Why not have that conversation earlier?

So Bud started training nurses to ask people ahead of time, would you like to fill out an advanced directive. It took a while but the idea caught on.

Nurses started asking patients questions like: If you reach a point where treatments will extend your life by a few months and side effects are pretty serious, would you want doctors to stop, or continue to do all that could be done? And a lot of patients said: Stop.

And stopping, of course, is less expensive than continuing treatment.

"It turns out that if you allow patients to choose and direct their care, then often they choose a course that is much less expensive," says Jeff Thompson, CEO of Gundersen.

In fact, La Crosse, Wisconsin spends less on health care for patients at the end of life than any other place in the country, according to the Dartmouth Health Atlas.

Reducing costs wasn't the reason La Crosse has its advance directive program. Bud Hammes was trying to help their patients, and the reduction in spending was an accident. But now, lots of other communities want to copy the La Crosse program.

Bud Hammes thinks this is the moment his big idea in La Crosse might actually go national. The Affordable Care Act encourages providers to figure out how to reduce spending. Bud is getting calls from hospitals and doctors, and he's putting off retirement to help them make the rest of America look more like La Crosse.