Accessibility links
When The Wealthy Need Cash, Pawn Shops Can Be Appealing : Planet Money The pawnbroker Borro has high-end customers, but it's not the only pawn shop that caters to the wealthy. Why are the rich turning to a type of credit usually associated with lower-income clients? 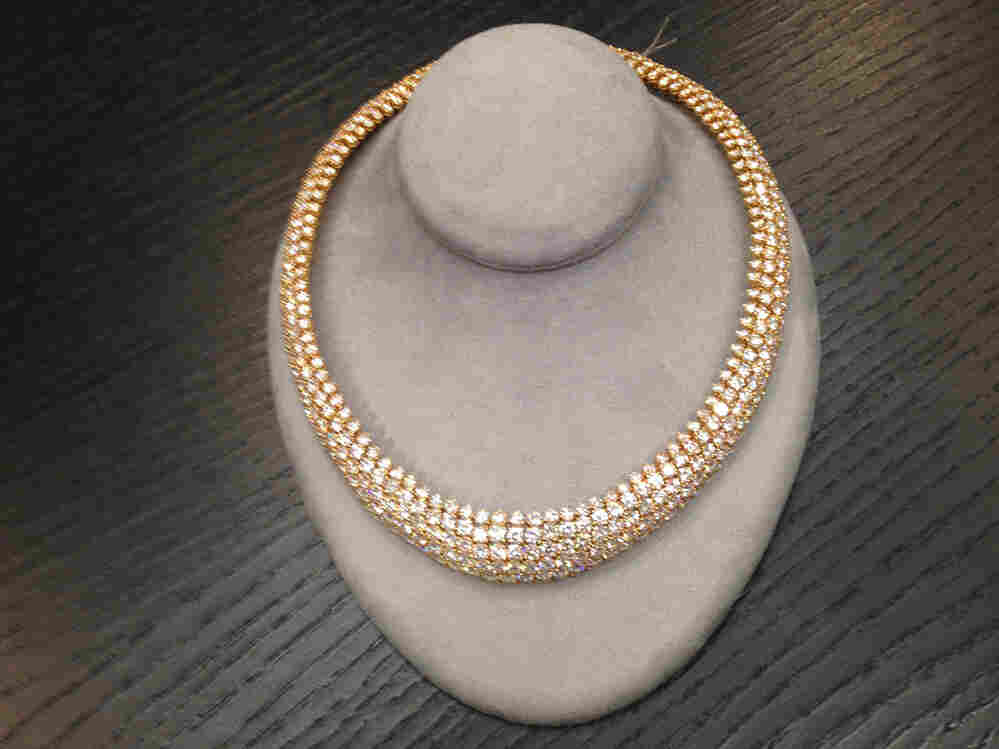 This diamond necklace was pawned at New York Loan. It's for sale for $65,000. Ashley Milne-Tyte/NPR hide caption 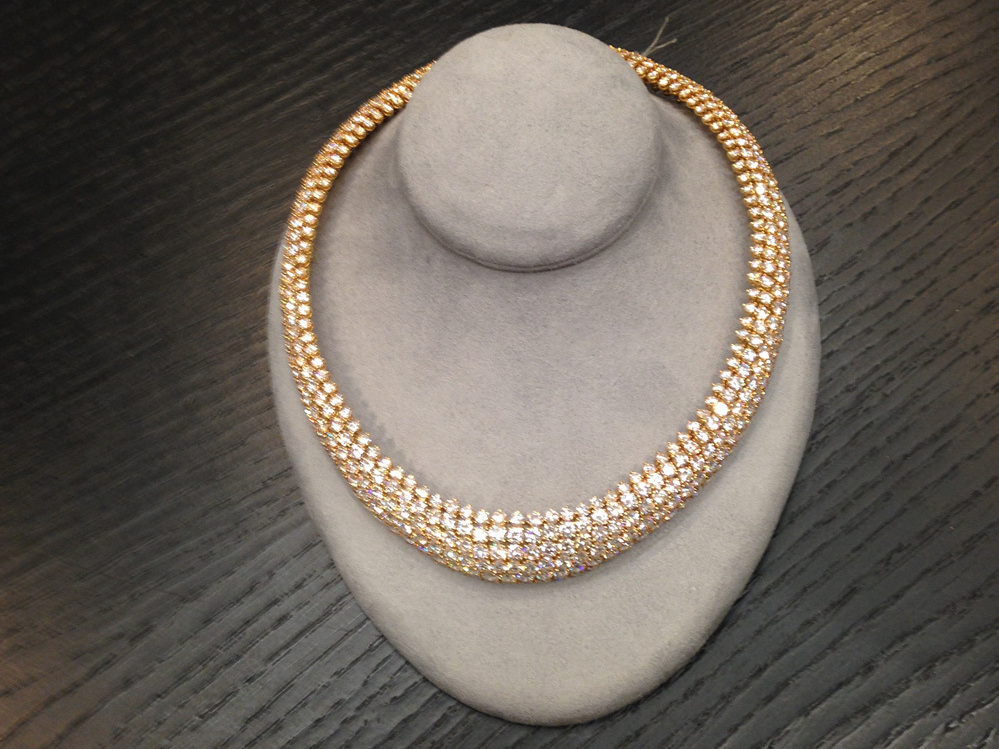 This diamond necklace was pawned at New York Loan. It's for sale for $65,000.

Traditionally, pawn shops have been the last stop for people desperate for cash. But now there's a small but growing group of pawn shops for the wealthy.

Actor and model Regi Huc needed $75,000 in a hurry last year. He was making his first feature film, and needed to do re-shoots before the deadline to enter this year's film festivals.

On paper his finances look good. He owns some buildings in Philadelphia and has a stake in a family business, but he needed that money within a week. He didn't have the cash in his bank account. He didn't have time to apply for a loan.

A friend told Huc about a guy: Baba Blumkin, general manager of high-end pawn shop, New York Loan. Huc decided to pawn two of his most prized possessions: watches — a Patek Philippe and a Rolex. Together they're worth $200,000.

Blumkin assessed each piece, and offered him a loan of $75,000. Huc took the deal. His watches went into a vault.

Huc had to pay almost $3,000 a month in interest on that loan. That's an interest rate of 48 percent a year.

He got his watches back after four months.

Blumkin used to work at his company's sister store, Beverly Loan in Beverly Hills, an elegant establishment that's been discreetly serving Hollywood since the late 1930s. He says even with all their assets, sometimes the rich don't have enough cash to meet expenses at the end of the month. He's given loans on everything from Chagall and Monet paintings to Grammys and Oscars.

He says these days many customers are businesspeople who need a quick cash infusion to meet payroll. They pay him back once their receivables come in. It's still hard for many small businesses to get loans. And at a pawn shop, there's no credit check. Blumkin say for his clients, the convenience of instant cash outweighs the temporary pain of a high interest rate.

Deborah Johnson ran a consulting business until recently. Then her clients started going bust, and she stopped getting paid. One day she saw a TV commercial for a company called Borro. Like Huc, she had two watches, though they were worth much less than his. Borro assessed them and loaned her $6,500 dollars.

She's glad she had this option. Even so, it was tough knowing things had come to this.

"I don't know that I am capable of putting words to the fear and the terror," she says. "It just feels like everything is coming crashing down."

New York Loan and Borro say about 90 percent of their clients pay off their loans and get their items back. Johnson isn't sure if she'll be one of them.