Accessibility links
Episode 547: How To Punish A Bank : Planet Money When banks do bad things, the financial cops can fine them or get them to admit guilt. Now, they might try something brand new. Today on the show: how to punish a bank. 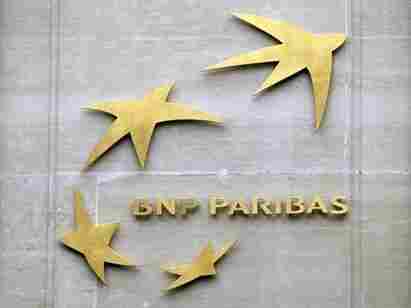 One of the biggest banks in the world, BNP Paribas, is about to be punished. The financial cops are in the middle of deciding what they are going to do. They're trying to figure out how to punish a bank in a way that actually makes it change.

There are some standard ways to punish a bad bank. Fines are the first thing every regulator and judge tries. There's also getting the bank to admit guilt. Now they might try something never done before.

Today on the show: how to punish a bank.