Accessibility links
Why Do We Sign For Things? A Rabbi, A Lawyer And A MasterCard Exec Explain : Planet Money The signature is supposed to say, "This is me." But why do we still use it? 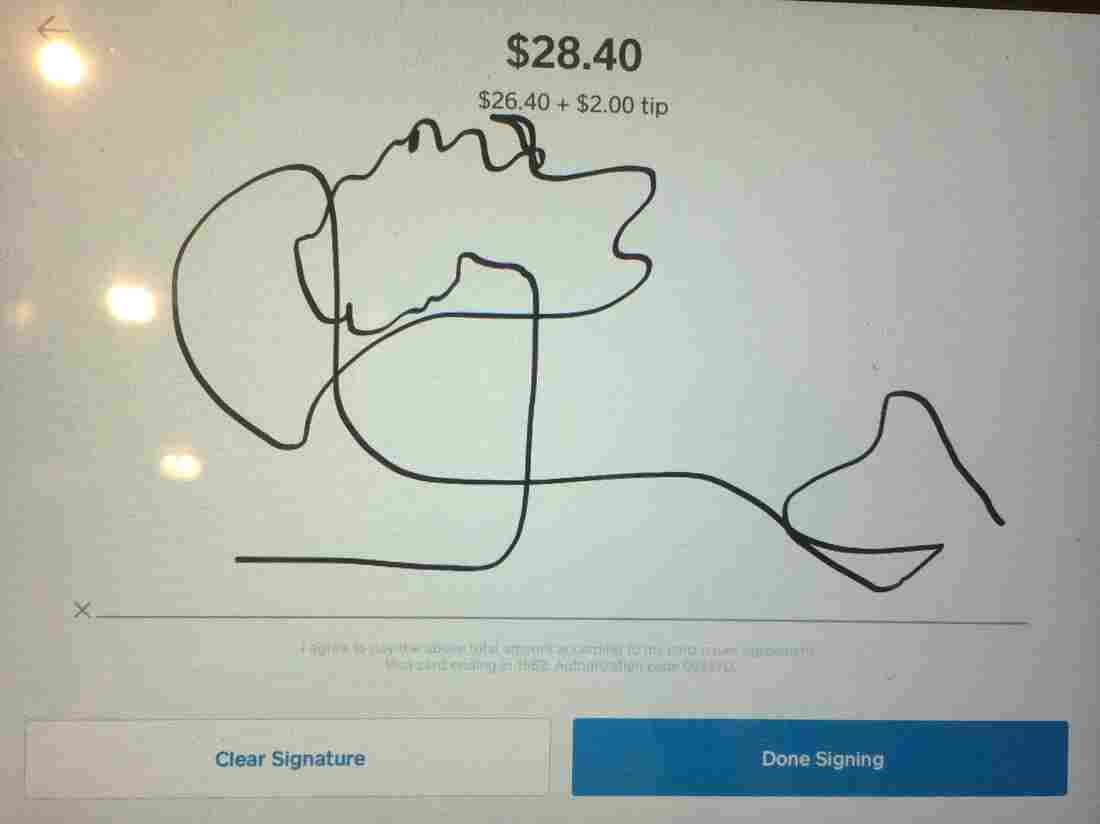 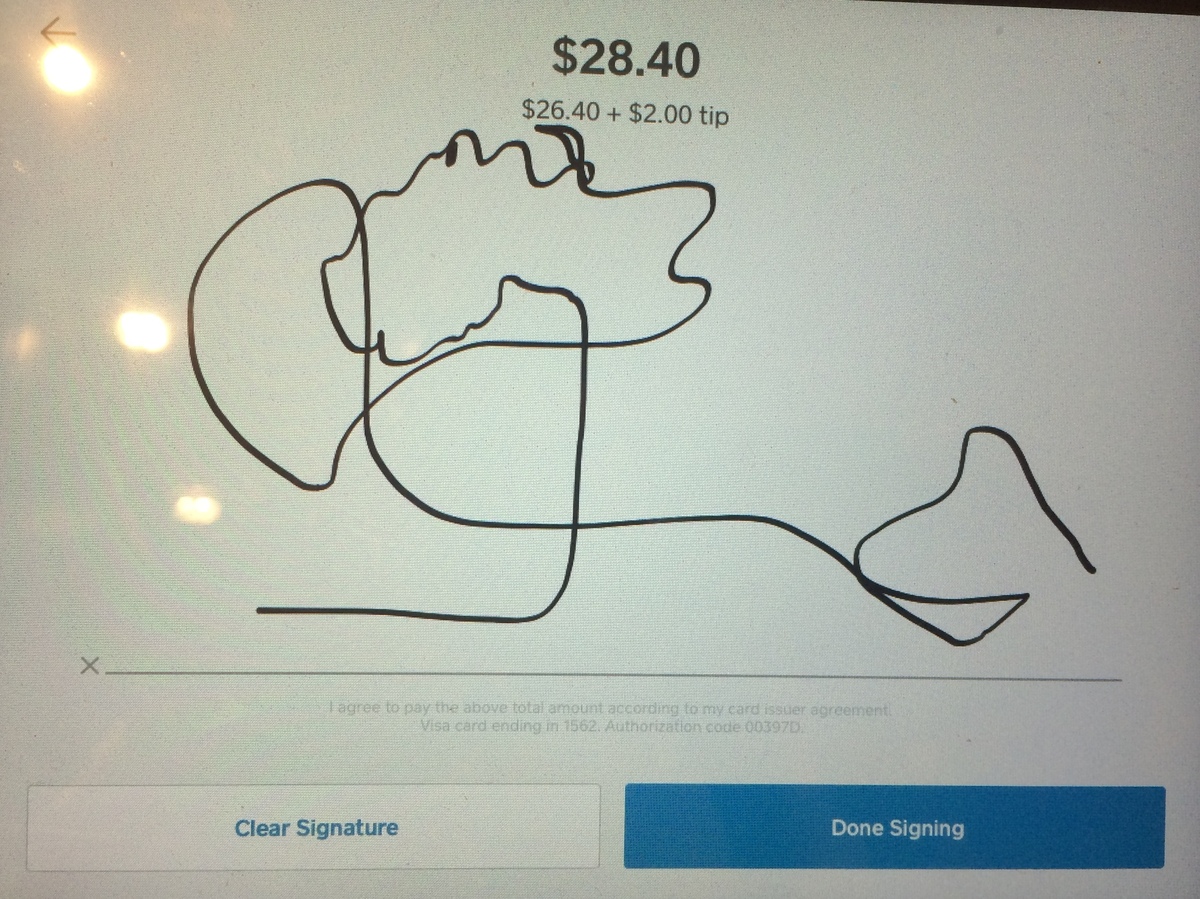 Take a look at your signature the next time you buy something with a credit card. Maybe you spell out every letter. Maybe you just put a squiggly line. The other day, I drew a tree.

Signing is a very old ritual, according to Rabbi Pinchas Allouche. He's a scholar of the Talmud, a collection of Jewish texts that's over 1,000 years old.

The Talmud not only mentions signatures; it has rules for them. "A scribble is prohibited," Allouche says. The name has to be legible. "Just yesterday, when signing a Toys R Us receipt, I thought of the Talmud," he says.

In ancient times, a signature was required for all kinds of economic transactions. If you wanted to buy a goat, you had to sign a document. And just like with credit cards today, sometimes you had to sign even for smaller purchases.

When the personal check came along, it came with a line at the bottom to sign on — and banks needed to verify all those signatures. They had rooms of people devoted to looking at signatures and comparing them with the ones on file, says Ronald Mann, a law professor at Columbia University.

Mann visited one of those signature verification rooms. "It was an amazing thing to see," Mann says. "Look at the signature; look at the one on the check. People would do it very quickly, obviously, because they would look at more than a hundred signatures an hour."

Another problem: It could be hard to spot a forgery. Mann says he's seen court cases where experts looked at the impression the pen left on the page to try to tell if a signature is genuine. "But that's obviously not a useful way to run regular commercial transactions," he says.

Today, as far as we can tell, no one regularly looks at what you sign on the bottom of a check. That's true for credit cards, too. Companies electronically store their credit card signatures, but accessing them is not a regular occurrence, according to Carolyn Balfany of MasterCard.

She says signatures are retrieved mainly when a customer calls and says, "I don't remember buying that." The bank can show the person the signatures, and it can help jog the customer's memory.

But there are lots of better ways to spot fraud than eyeballing a signature, says Balfany. The banks can use data about a customer's habits to pick out transactions that look suspicious.

Lots of stores have stopped requiring signatures for small purchases. And some new credit cards that are coming out have replaced the signature with something less romantic: a personal identification number, or PIN.