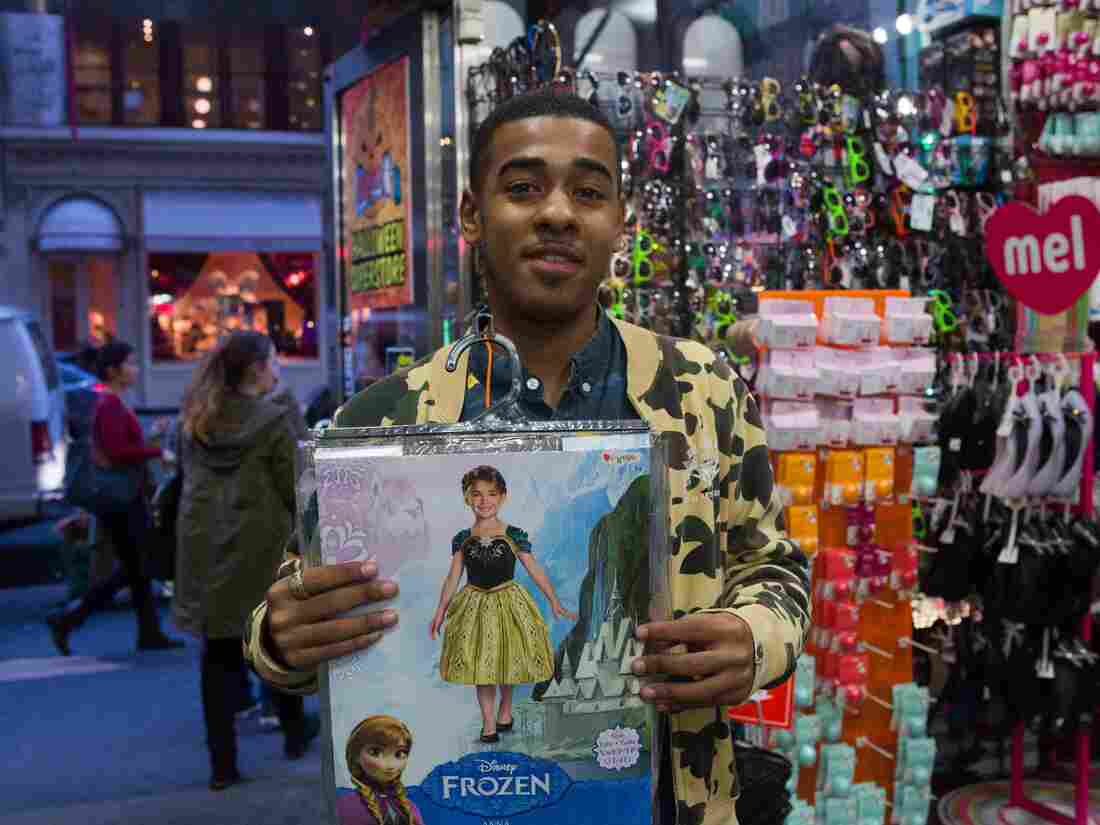 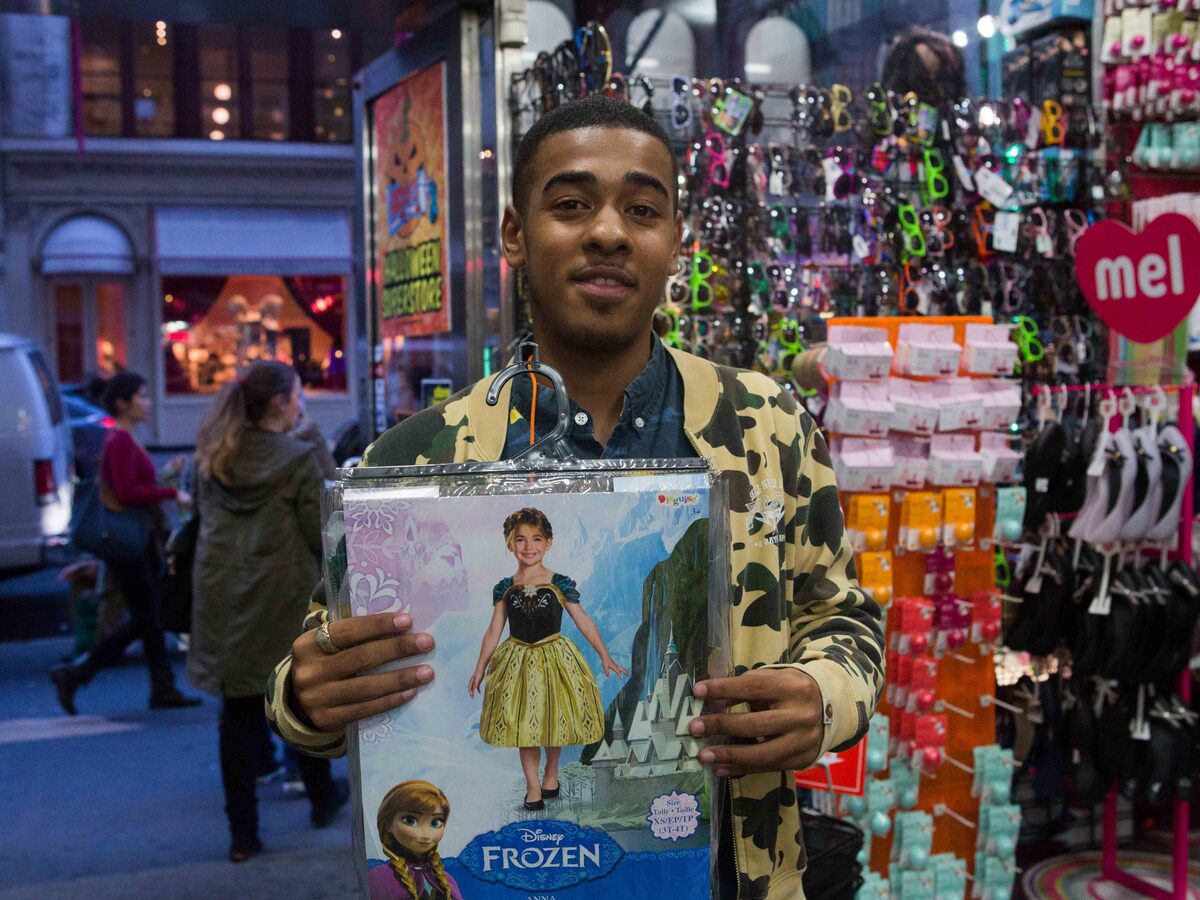 Ricky's employee, George Lanes, shows off one of this year's hottest costumes, Anna, from the movie Frozen.

What are you going to be for Halloween? If you don't know, don't feel bad. Most people don't figure it out until the last minute.

That makes running a costume shop a challenging business. If you don't have a enough of the costume people want, you don't have time to re-stock it. If you order too many of this year's hot new thing, you are stuck with the extras.

The key to success in the costume business is having the right mix of costumes and hedging your bets. Think about it like putting together a stock portfolio.

Witches, Vampires, And Pirates: 5 Years Of America's Most Popular Costumes

Richard Parrott runs Ricky's NYC, one of the biggest costume shops in New York, and he says the blue chips in his world are "pirates, princesses, witches, vampires, and superhero costumes."

You've got to balance these old favorites out with high-risk, high-reward bets. This year, Parrott's hot pick is costumes from the Disney movie, Frozen. Parrott has a six-year-old son. He says after they saw the movie together earlier this year, he thought "I'm going to buy absolutely every piece of I can get of that."

Parrott's biggest fear, is a repeat of 2013. That was the year the country went crazy for the show Breaking Bad. Parrott says he didn't realize how popular Breaking Bad costumes would be until a week before Halloween. There was one company making Breaking Bad costumes that year, and they were totally sold out. So Parrott and his staff had to get creative:

Parrott said as fast as they could make the costumes, people would buy them.

"Literally, you would bring a box into a store and they would all be sold in seconds, " says Parrott.