Accessibility links
Episode 443: Don't Believe The Hype : Planet Money Last week Apple was officially added to the Dow Jones Industrial Average. But just because Apple's in the club now, doesn't mean the Dow is a great measure of the economy. 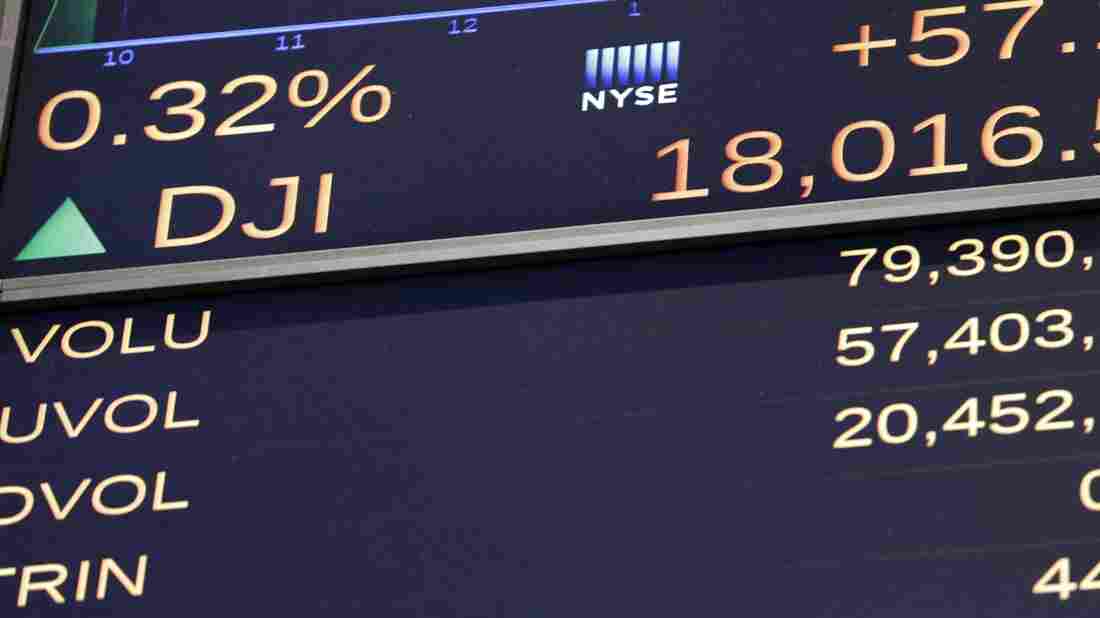 Turn on the news on any given day, and you're likely to hear about the Dow Jones industrial average. It's one of the most frequently cited measures of U.S. economic health.

But the Dow is a seriously flawed stock index, and it's certainly not the best way to measure what's going on in the overall economy.

On today's show, we rain on the Dow's parade and explain why a lot of very smart people say we should ignore the Dow.