Accessibility links
Episode 618: The Square Deal : Planet Money In the early 1900s, the president of the largest shoe company in the world tried to create a Utopia for his workers. He called his big experiment in welfare capitalism: The Square Deal. 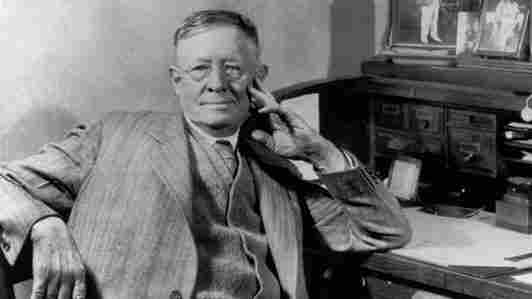 In the early 1900s, most shoes in this country were manufactured by just one company: The Endicott Johnson Corporation in upstate NY.

It was the largest shoe factory in the world. It churned out 52 million pairs of shoes a year and supplied boots to the U.S. Army in both world wars.

But Endicott Johnson wasn't only famous for its shoes. It was also famous for having some the best wages and working conditions in the US. The president of the company, George F. Johnson, was the first in the shoe business to introduce an 8-hour work day.

He built libraries, parks, even hospitals, and offered his workers free medical care.

Some people called it welfare capitalism. Johnson had a different name for it.

Today on the show, we bring you the story of George F. Johnson and his "Square Deal". It was a big experiment in welfare capitalism, but not even all of the workers thought it was right.