Accessibility links
Episode 283: Why Do We Tip? : Planet Money According to one theory, we tip because we feel guilty, not because we want better service. 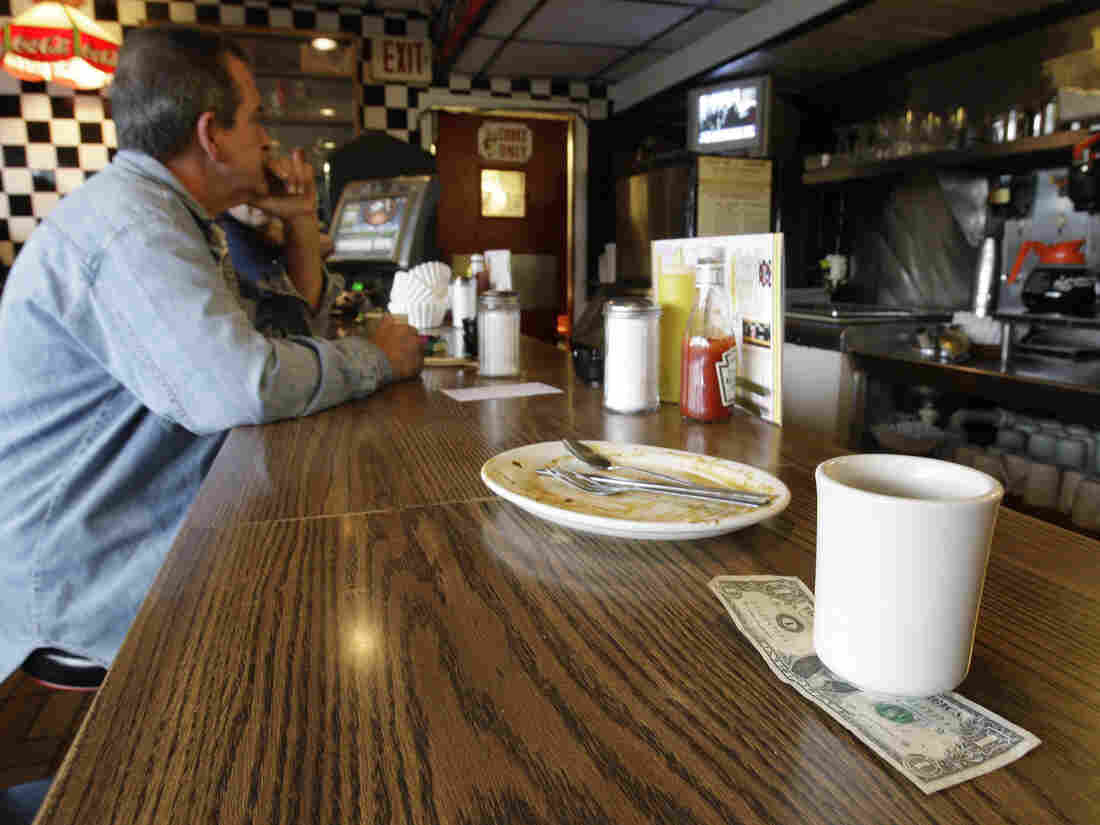 In the 16th century, coffee shops prominently displayed coin boxes with the phrase "to ensure prompt service" written on the side. If you wanted your coffee in a hurry, you dropped a little something extra in the box, and made sure the waitress saw you do it.

This, according to at least one version of history, is where tipping began.

But today, we tip after we get served, not before. And, according to one expert we talk to on today's podcast, the quality of service we perceive makes a tiny difference in how much we tip. (The weather has a comparable influence on tip size.)

According to one theory, when you get down to it, we don't even tip for good service. We tip because we feel guilty.