Accessibility links
Episode 682: When CEO Pay Exploded : Planet Money Politicians have argued for decades that CEOs should earn less money. But there was a moment in the 1990s when CEO pay suddenly shot up. What happened? 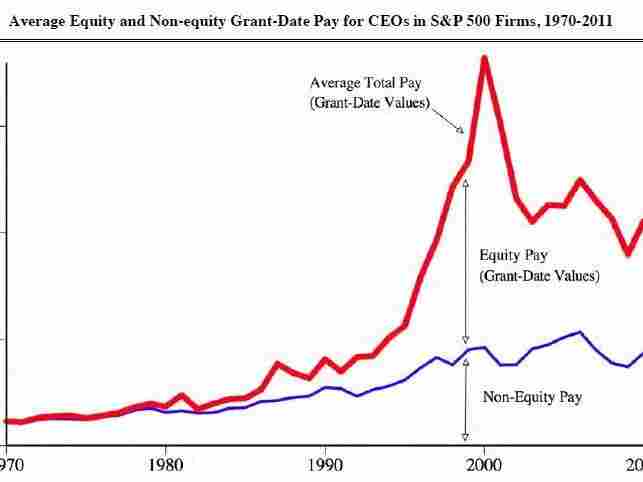 Graph of CEO pay, with a huge jump in the 1990s. Kevin Murphy hide caption 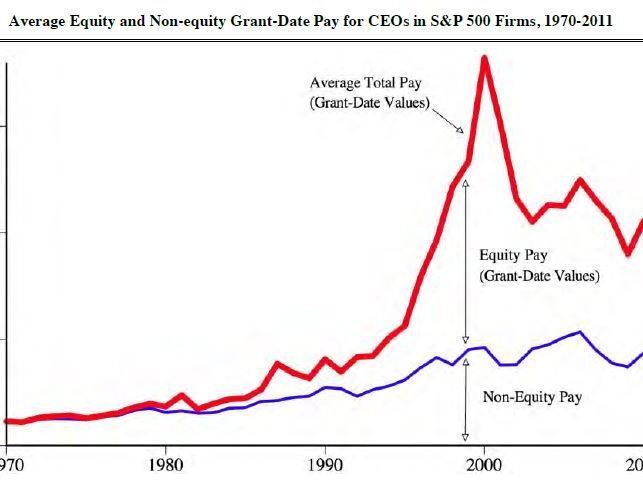 Politicians have argued for decades that CEOs are overpaid. But there's this precise moment in the 1990s when CEO pay suddenly shot up. We find out what happened. It involves Bill Clinton's campaign promises, and Silicon Valley workers taking to the streets to protest an accounting rule.