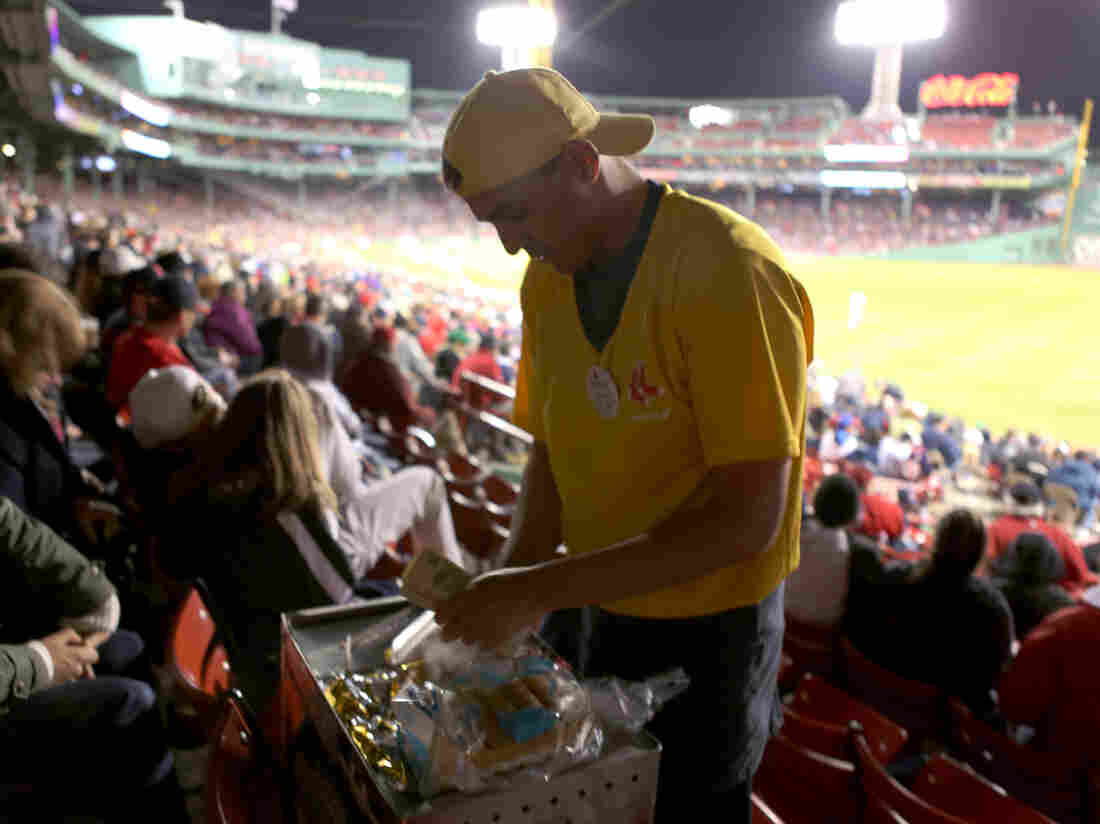 There's not a lot of running in baseball. Mostly the players just stand around. But up in the stands, there is a very different game being played--one that demands hours of nonstop effort. The players in this game are vendors, the ballpark workers who run up and down stairs, carrying cases of water and bins of hot dogs above their heads. They are competing to sell as much overpriced junk food, in as little time as possible.

In Boston's Fenway Park the top seller is Jose Magrass. He is a legend. On opening day this year, he sold 500 hot dogs--$2750 worth. But slinging that many dogs in one night takes skill, shrewdness, and strategy.

On today's show: The secret world of ballpark vendors. It's a game of weather forecasting, ruthless efficiency, sore thighs, and swollen vocal chords.