Accessibility links
Episode 726: Terms of the Debate : Planet Money We made an audio glossary for the confusing economic jargon that came up during the first presidential debate. 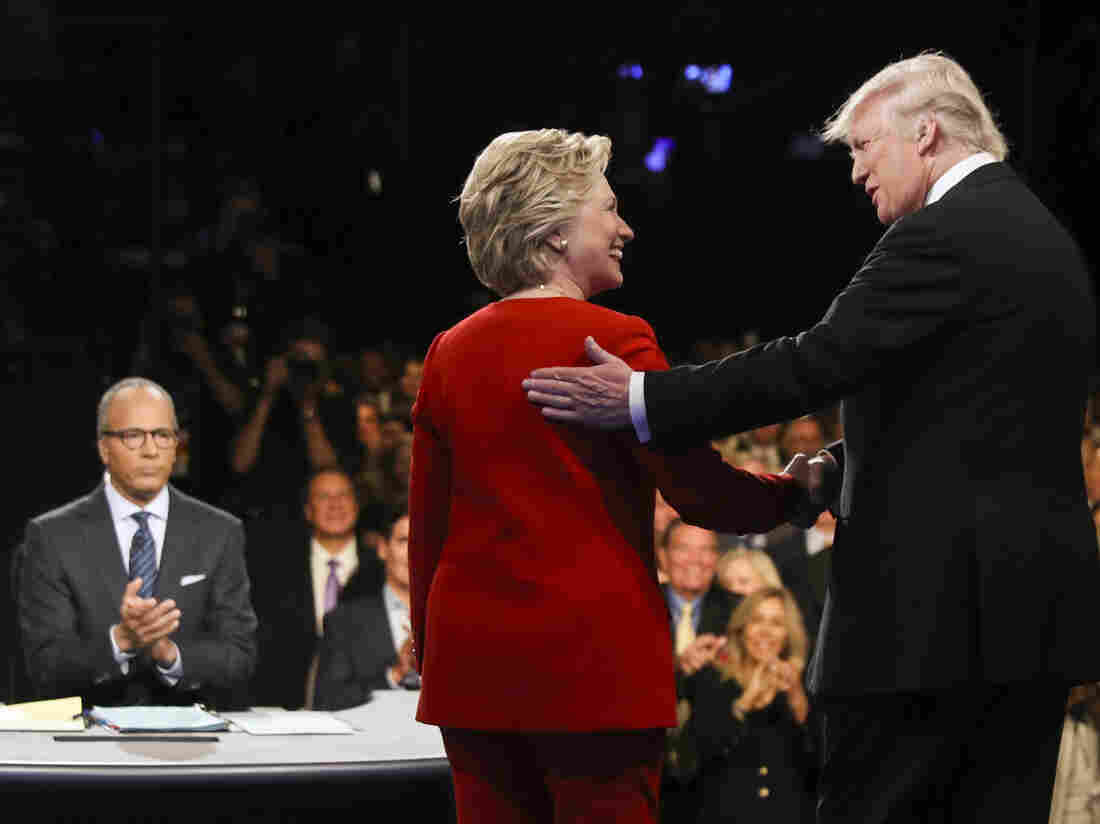 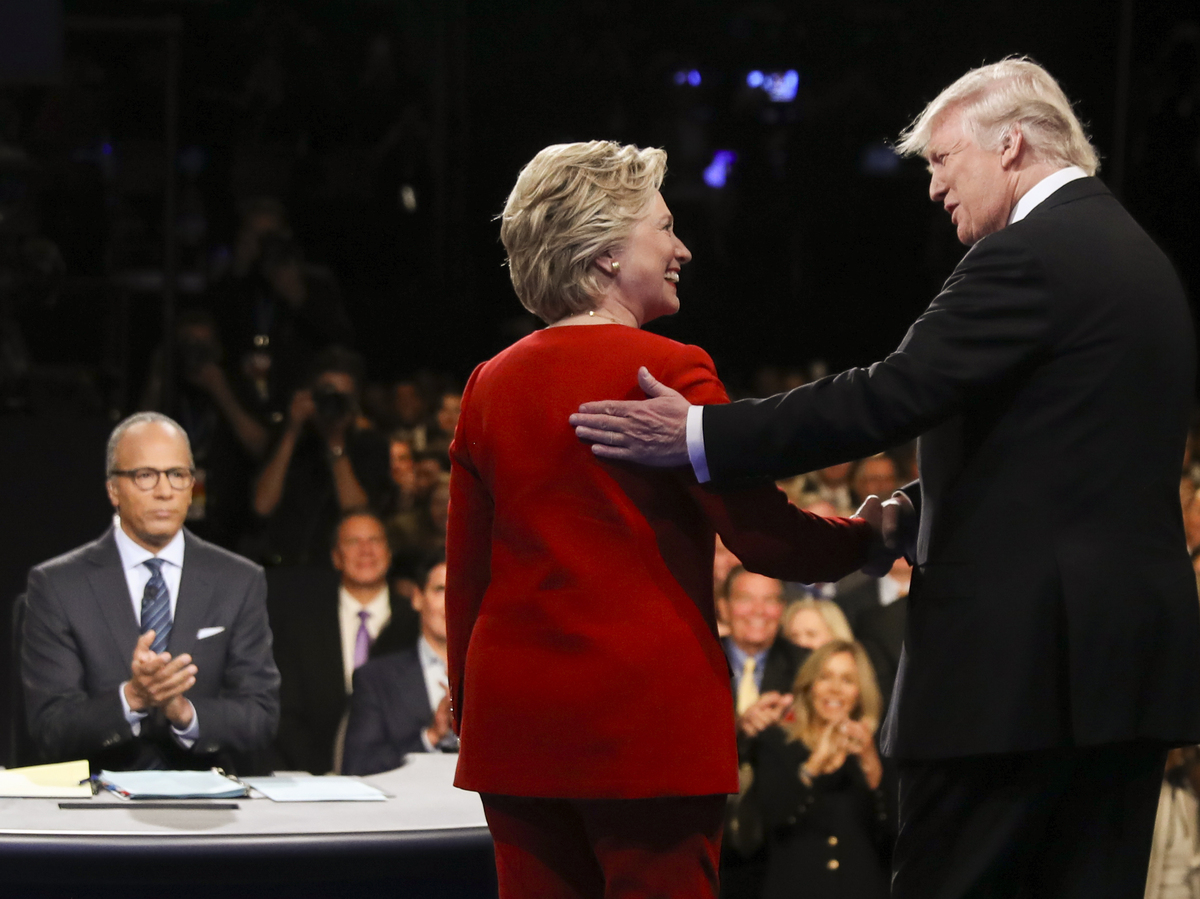 It was the most watched debate ever, and we wouldn't be surprised if it was also the least understood. According to Nielsen, more than 80 million people tuned into the presidential debate on Monday night, the first of the 2016 campaign. It was long, it was dense, and it featured the candidates saying a lot of words. There were angry words, there were complicated words, and there were words that might not even have been real. "Under-leveraged." (Real.) "NAFTA." (Real.) "Carried interest." (Real.) "Braggadocious." (Possibly Real.) "Bigly." (What?)

This episode is for everyone who watched the presidential debate and got confused, at least once. That included many of the folks who sat watching in Planet Money's conference room (and we cover economics for a living). So, we teamed up with the folks at the NPR Politics Podcast to make sense of some of the economic terms hiding in presidential debate answers. And we took a swing at "Braggadocious," too.

Our favorite head-scratchers include:

This is why some hedge fund managers pay a lower tax rate than the rest of us. It goes back to the early days of shipping. The owner of the cargo would pay a ship captain with a percentage of the final sale of the cargo they carried on their ship: Carried interest. That gave the captain an incentive to sell for a high price at the other end of the journey. This same principle applies today to certain investment firms. The managers of the firms take people's money to invest, and just like the old sea captains, they get a cut of the profits. It's essentially their paycheck, but the fund managers don't pay regular income taxes on it. It's taxed at an investment rate. Both candidates want to get rid of the carried interest provision.

This is a pejorative term for supply-side economics, the tax approach famously associated with Ronald Reagan. The idea is that cutting taxes for the wealthy will help the whole economy, because the money that wealthy people are not paying in taxes will be spent in other ways. Rich people will buy things, or hire people, and that money will then trickle down to the rest of the economy. Does it work? It's an open question that divides the candidates.