Accessibility links
Episode 729: When Subaru Came Out : Planet Money Subaru's sales had been slumping for years. So the car company took a big risk and targeted a group of consumers that just about everyone else was ignoring. 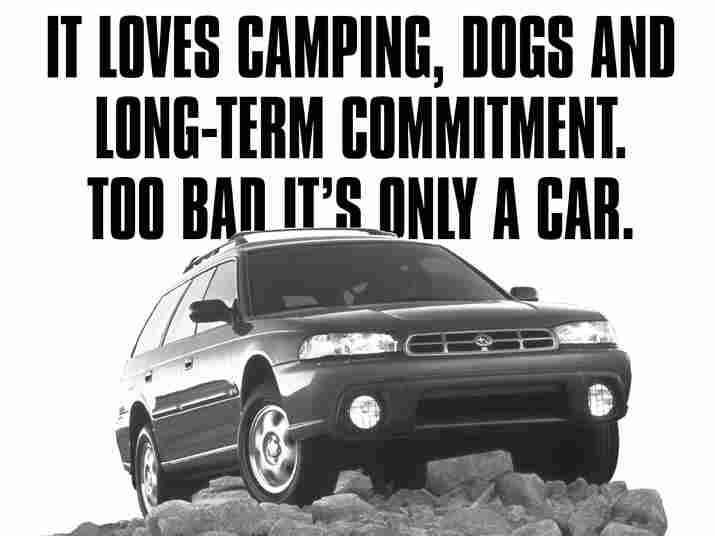 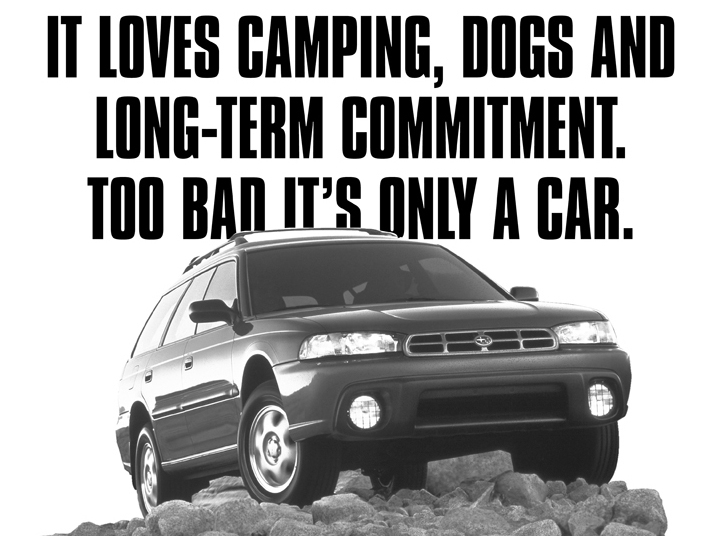 In the early nineties, Subaru was in trouble. The cars were fine. They ran well enough. But sales had been slumping for years. Subaru was up against giants like Toyota and Nissan. And it was losing. It needed a way to stand out.

Subaru hired a new ad agency, to figure out who was buying their cars. The ad firm went out to Northampton, Massachusetts--a hotspot for Subaru sales, according to their research. A group of Subaru owners filed into a little room in a shopping mall to answer a few questions, and the researchers noticed something right away. All of them were women and many identified as lesbian.

This wasn't a time of tolerance for LGBT Americans. It was the era of Don't Ask, Don't Tell. In a few years, Bill Clinton would sign the Defense of Marriage Act, which barred same sex couples from being recognized as spouses. And yet, Subaru executives signed off on ads aimed at lesbian consumers. They did it in very precise, clever ways that became a template for many of the ad campaigns you see today... if you know how to look for it.

Thanks to the folks at Priceonomics for tipping us off to this story. See more of the ads mentioned in this episode on their website.

Music: "Good For Nothin" and "Evergreen High." Find us: Twitter/Facebook