Accessibility links
Episode 735: President Trump : Planet Money Candidates promise all kinds of things. But once they get into office, it's not always possible to carry through on them. We ask, can Trump do the things he's pledged to do? 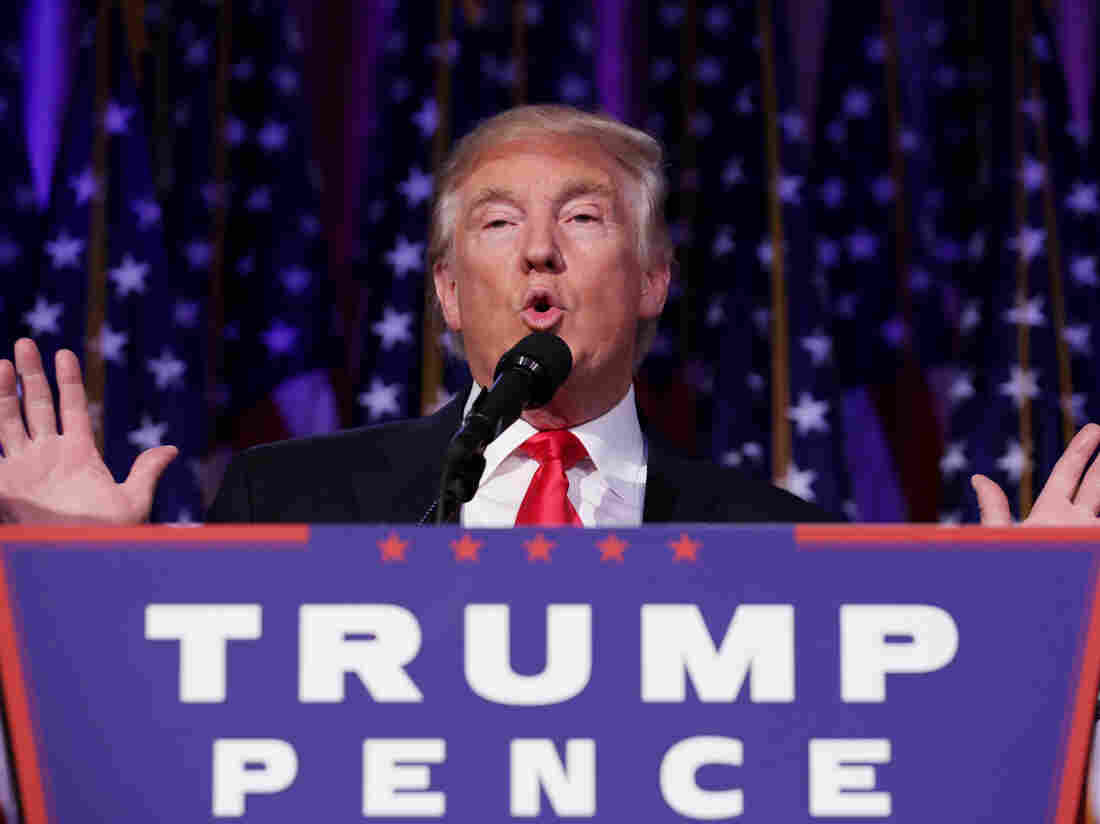 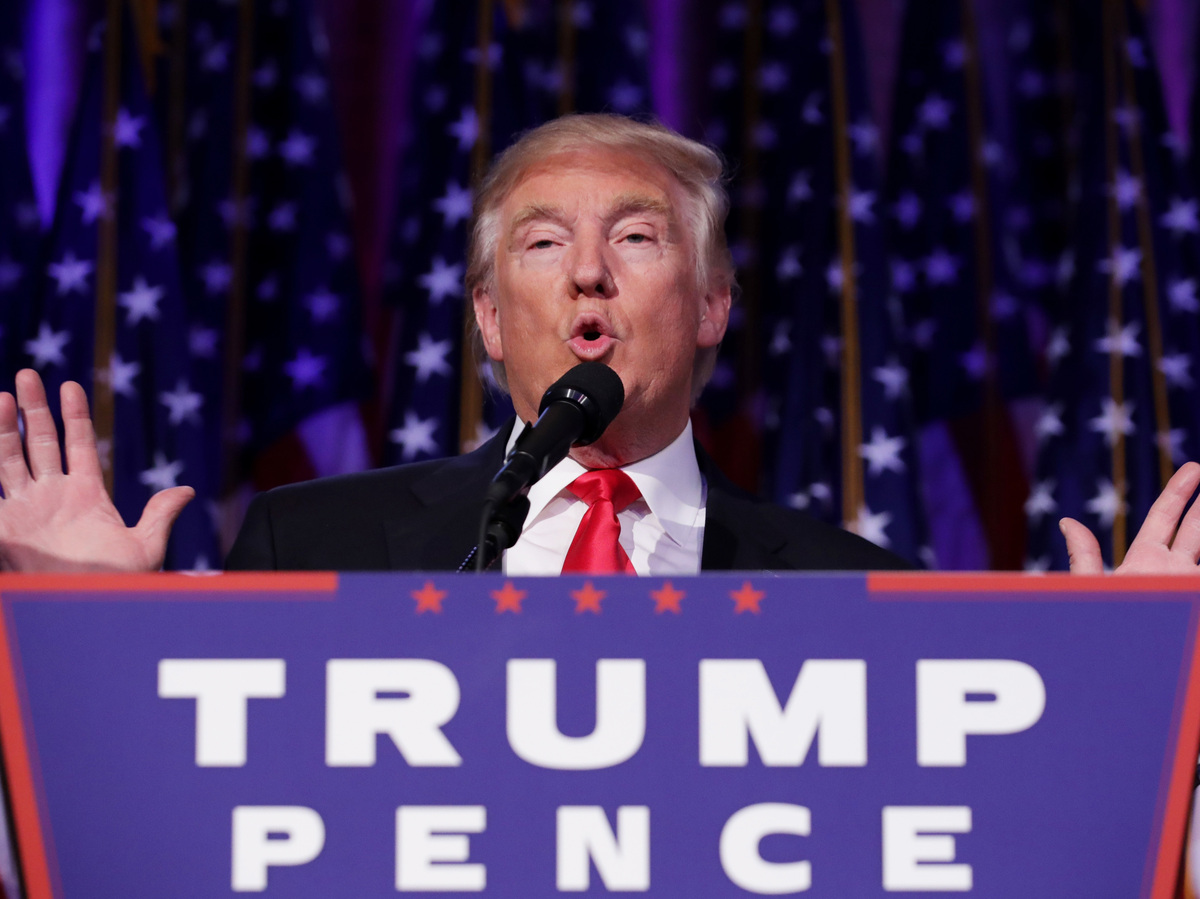 Last month, Donald Trump released his plans for his first 100 days in office. He talked about dismantling NAFTA and repealing the Affordable Care Act. He called for deporting millions of undocumented immigrants and building a wall along the southern border. He promised to slash taxes and ban White House officials from lobbying for five years.

Now that Donald Trump is President-elect, what can he actually do? What's possible and what would it would actually take? We look at the laws on breaking trade agreements and how much concrete he'd need to construct a wall along the border.