Accessibility links
Episode 577: The Kansas Experiment : Planet Money A Republican governor lives the dream. He cuts taxes dramatically in his state and he promises good times ahead. But the good times do not come. 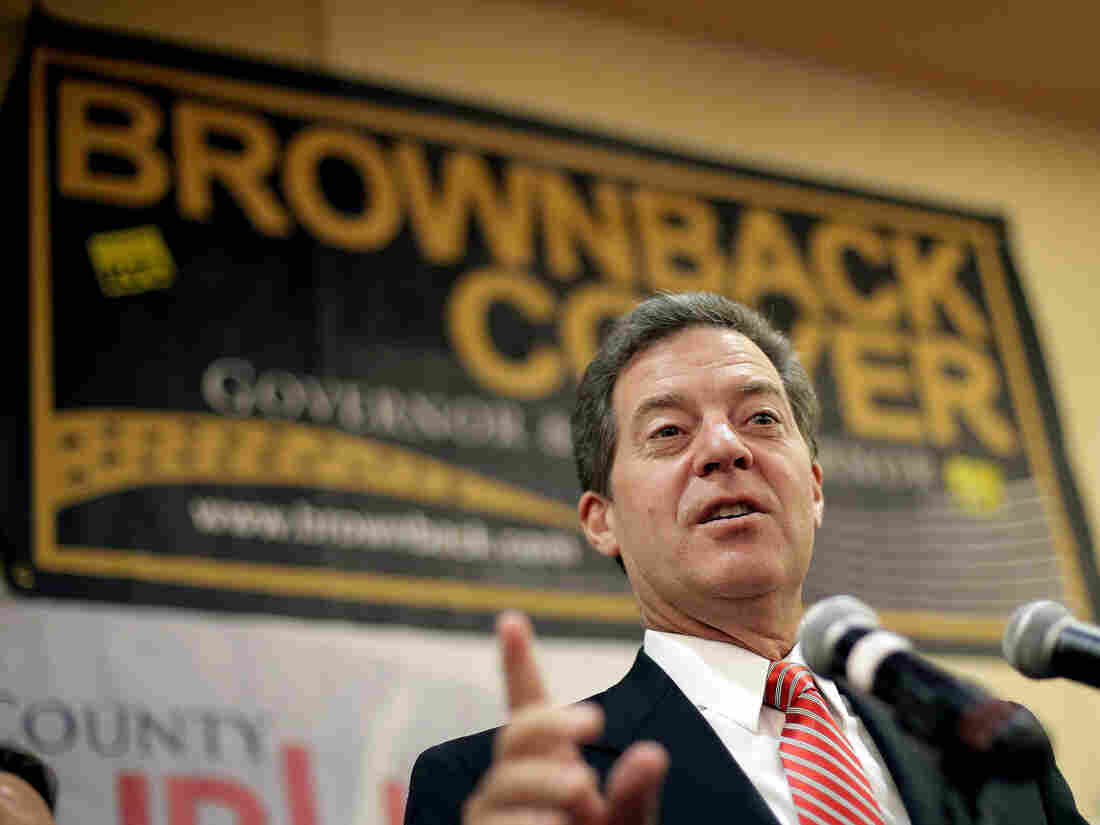 Sam Brownback cut taxes dramatically in Kansas. As a Republican governor of a Republican state, he was going to enact the dream. Taxes on small businesses went down to zero. Personal income taxes went down. The tax rate on the highest income bracket went down about 25 percent. Brownback promised prosperous times for the state once government got out of the way.

One goal of the tax cuts was to get more money to flow back into the pockets of hard-working, job-creating Kansans. The other was to trim back government spending. It was part of the Republican dream.

After these tax cuts, Kansas had $600 million less revenue than before. So, to balance the budget, the government tapped into the highway budget. Towns and cities trimmed back, too.

Marquette, Kansas saw its only school close in 2014. Now, the 65 kids who once attended Marquette Elementary travel 10 to 20 miles out of town every day to go to class.

Sam Brownback has said that he's sticking to his tax plan. But the state legislature has recently introduced a bill to roll back some of his tax cuts.

Today on the show, what happens when a state really puts tax cuts to the test.