Accessibility links
Episode 752: Eagles vs. Chickens : Planet Money Picture an organic farm, with thousands of free-range chickens roaming wide-open land. Now picture it from above, from the vantage of a soaring bald eagle. It's an all-you-can-eat buffet. 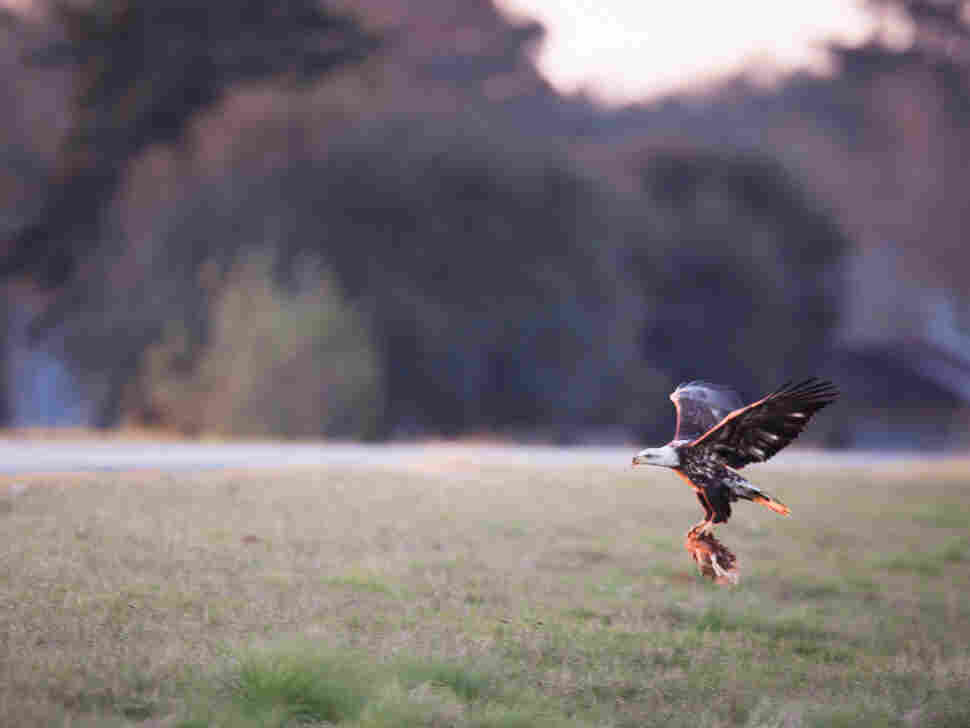 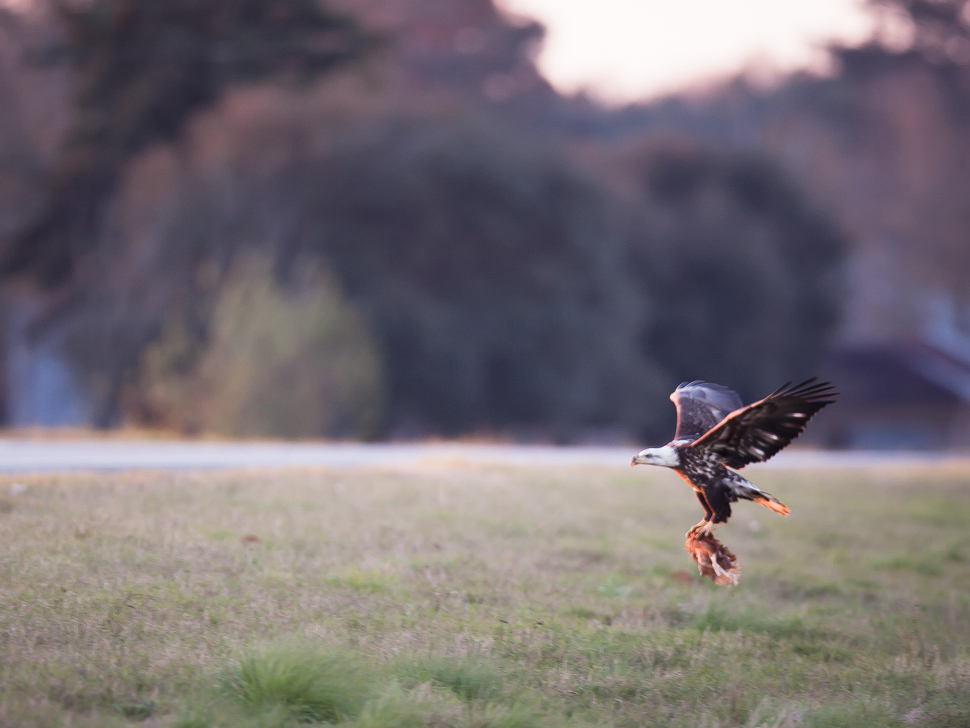 A bald eagle flies off with its kill.

Will Harris took over his family's industrial farm after he graduated from college. Harris was making a profit, just as his dad had. He was also farming just as his dad had: with pesticides in the field, hormone injections for the cattle, and whatever else squeezed more money out of his land.

Over time, though, Harris's worldview changed. He started to see the downside to the industrial farming: his animals weren't as healthy as they could be. His soil wasn't as rich as the soil just over the fence in the forest nearby. He wanted a different kind of farm, one that didn't depend on chemical fertilizers or man-made interventions.

He went organic. He started making changes. To replace the chemical fertilizer, he brought in chickens and let them roam free. Free-range chickens would fertilize the grass; the grass would nurture the cattle, and shoppers at Whole Foods would love Harris's organic beef. It was a great plan.

But then, the eagles started to descend on Harris's farm. Eagles eat chicken. Eagles love chicken.

Today on the show, a farmer tries to live more in harmony with nature — and pays the price.