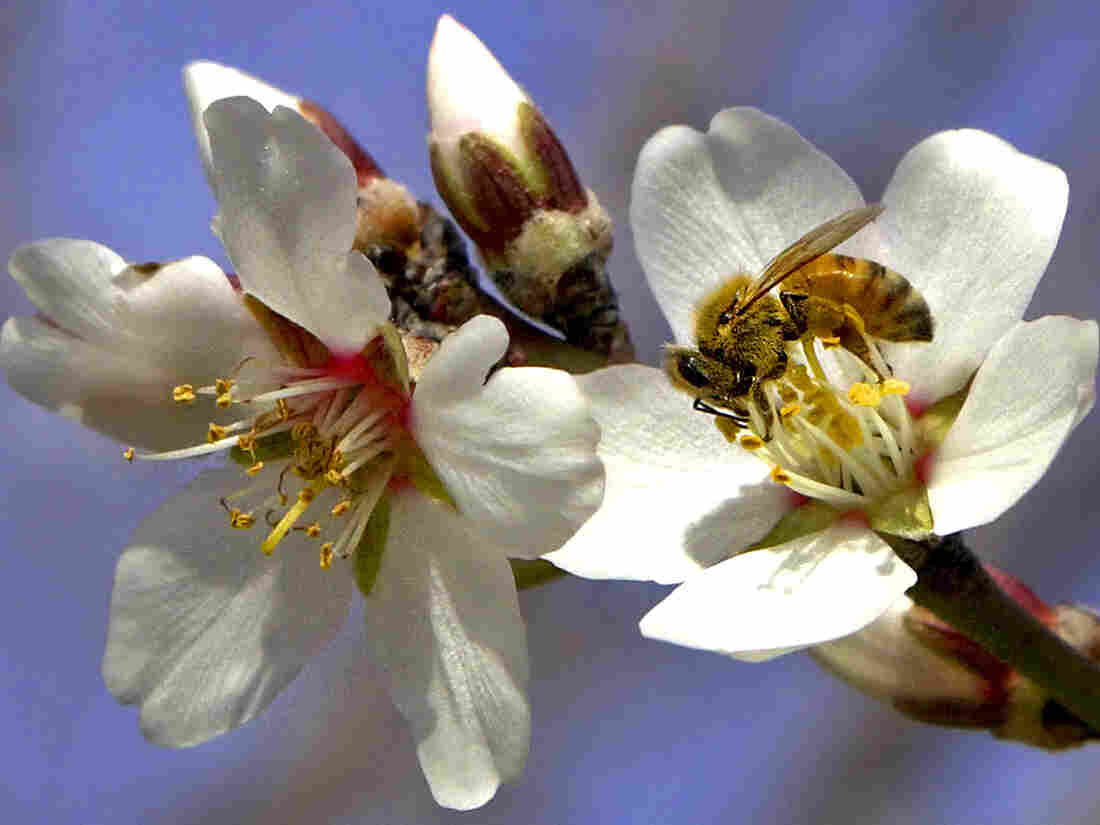 A honeybee collects nectar from an almond blossom in an almond orchard near Bakersfield in Wasco, California, U.S. Phil Hawkins/Bloomberg via Getty Images hide caption 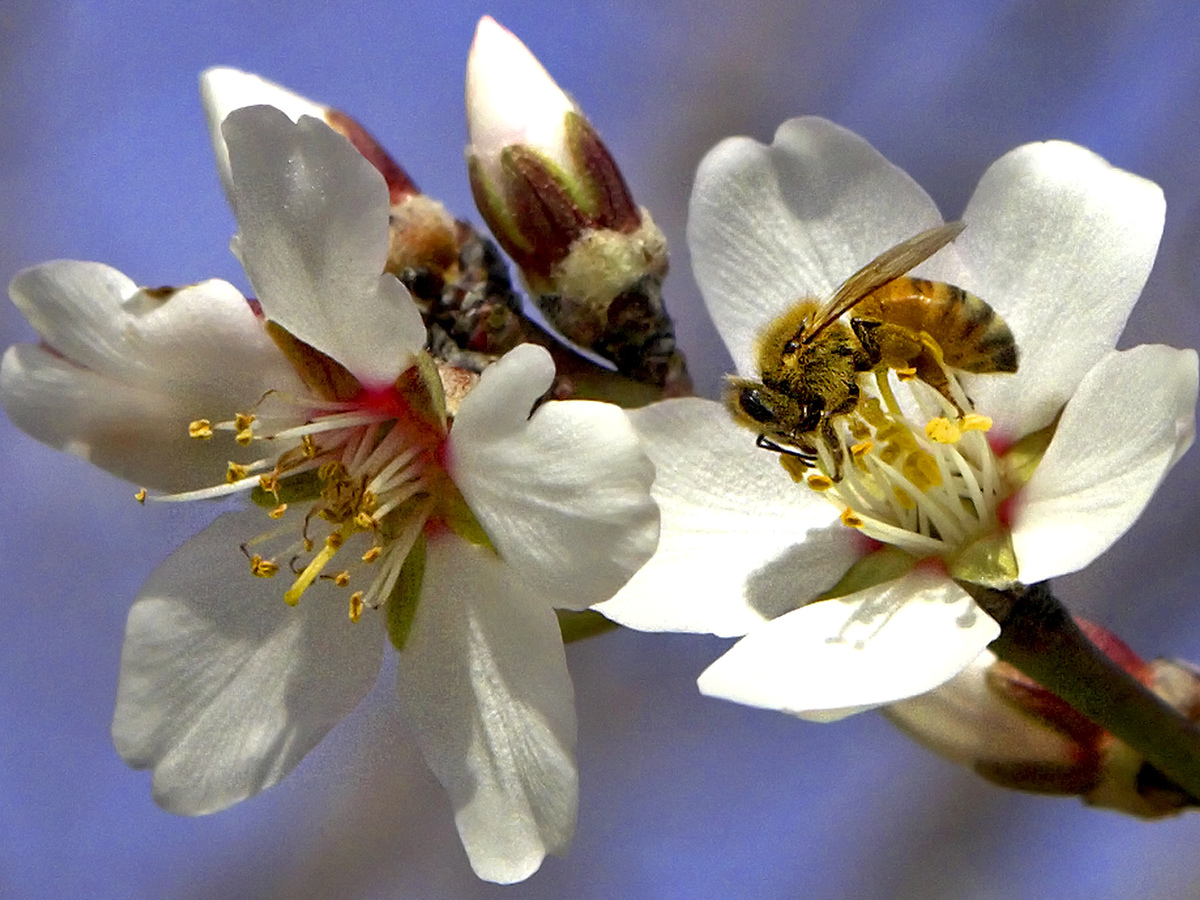 A honeybee collects nectar from an almond blossom in an almond orchard near Bakersfield in Wasco, California, U.S.

Every spring convoys of trucks arrive in the almond orchards of central California. They are carrying bees. Millions of them.

They arrive from all over the country, but especially southern states like Louisiana, and they have to get there at just the right time, when the almond trees start to flower so the bees can pollinate hundreds of acres of almond fields.

But why make the 2,000 mile trek from the South instead of raising bees right in the Central Valley? It comes down to comparative advantage. Louisiana has better conditions for bees. It's warm, green and there are plenty of flowers for the bees. And California has the edge in almond growing.

The journey has it's own set of challenges. Not least of which is, you can't stop during the day or the bees try to escape.

Today on the show, how bees keep our produce sections stocked with fruit.