Accessibility links
Episode 763: BOTUS : Planet Money On today's show, we get in on the future of investing. We build an automated stock-trading bot. It analyzes the twitter feed of President Donald Trump, then trades stocks with real money. Our money. 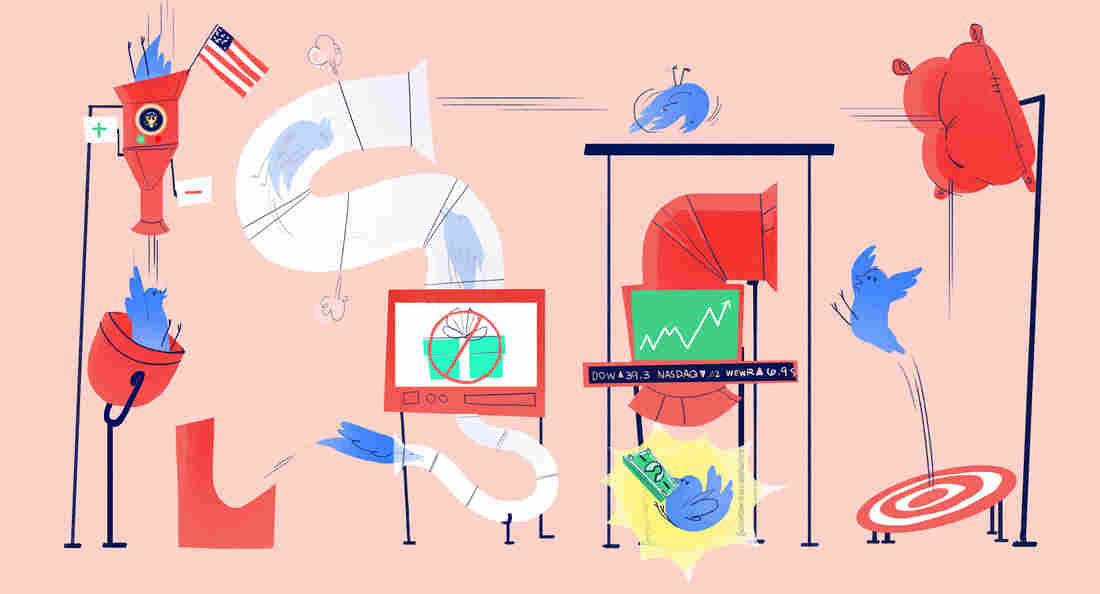 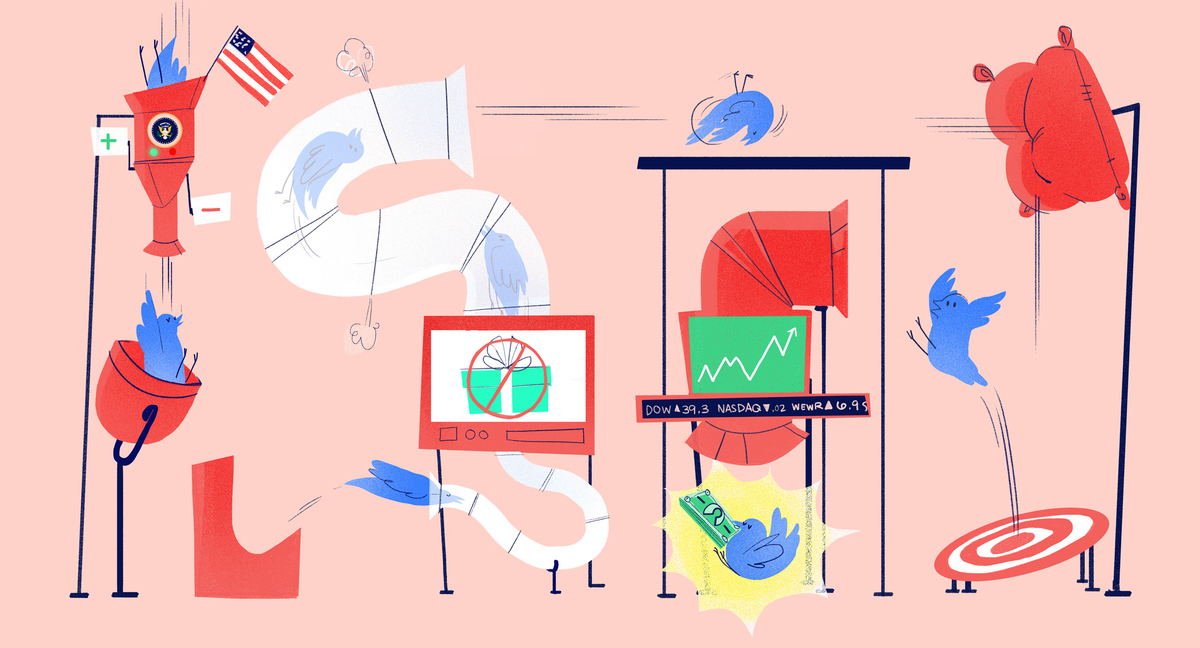 To understand what goes on inside a stock-picking bot, we at Planet Money built our own.

Bots are cheaper than stock-picking humans. They're less emotional and more disciplined. They can process more information at once. They are doing things like scanning social media for consumer trends and counting the number of cars parked in Wal-Mart parking lots, then using that to trade.

Our bot is doing something seemingly simple: It looks at President Trump's Twitter feed, and when he tweets about a company, it trades stocks, with real money. Because the official Twitter handle of the president of the United States is @POTUS, we named our bot @BOTUS, bot of the United States. There's $1,000 on the line invested by the staff members of the Planet Money podcast from their personal funds. Follow along, and track whether we're making money or losing it.

See what BOTUS has been up to lately:

The Fine Print: This is for real. All decisions on buying and selling stocks are made automatically by BOTUS, a computer program. BOTUS makes trades by analyzing tweets from @realDonaldTrump to recognize when he mentions a publicly traded company. BOTUS also measures the sentiment using VADER Sentiment Analysis. If BOTUS decides a tweet is positive, it will buy the stock mentioned in the tweet; if BOTUS decides the tweet is negative, it will sell the stock short. BOTUS will hold the position for 30 minutes, then get out. BOTUS was built with Tradeworx and trades through the Interactive Brokers platform.