Accessibility links
Episode 790: Rough Translation in Ukraine : Planet Money Fake news from Russia helped spark a real war in Ukraine. What can Ukraine's fight against fake news teach the US? 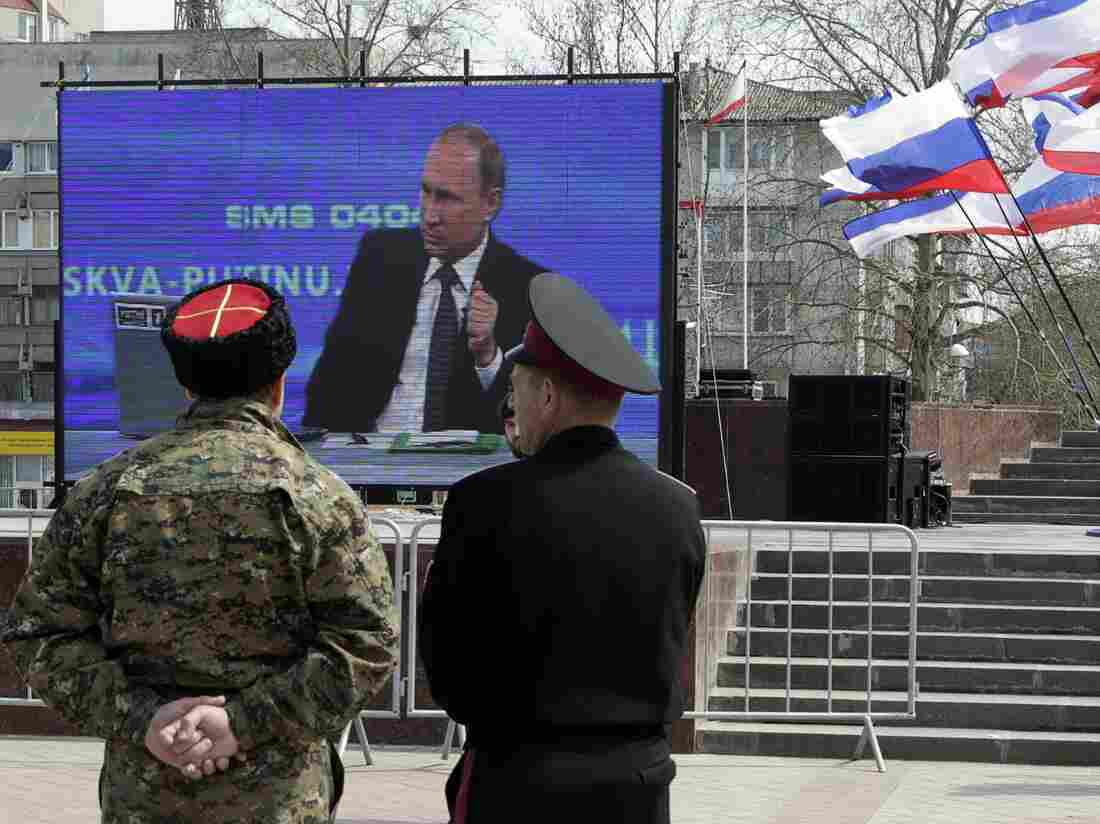 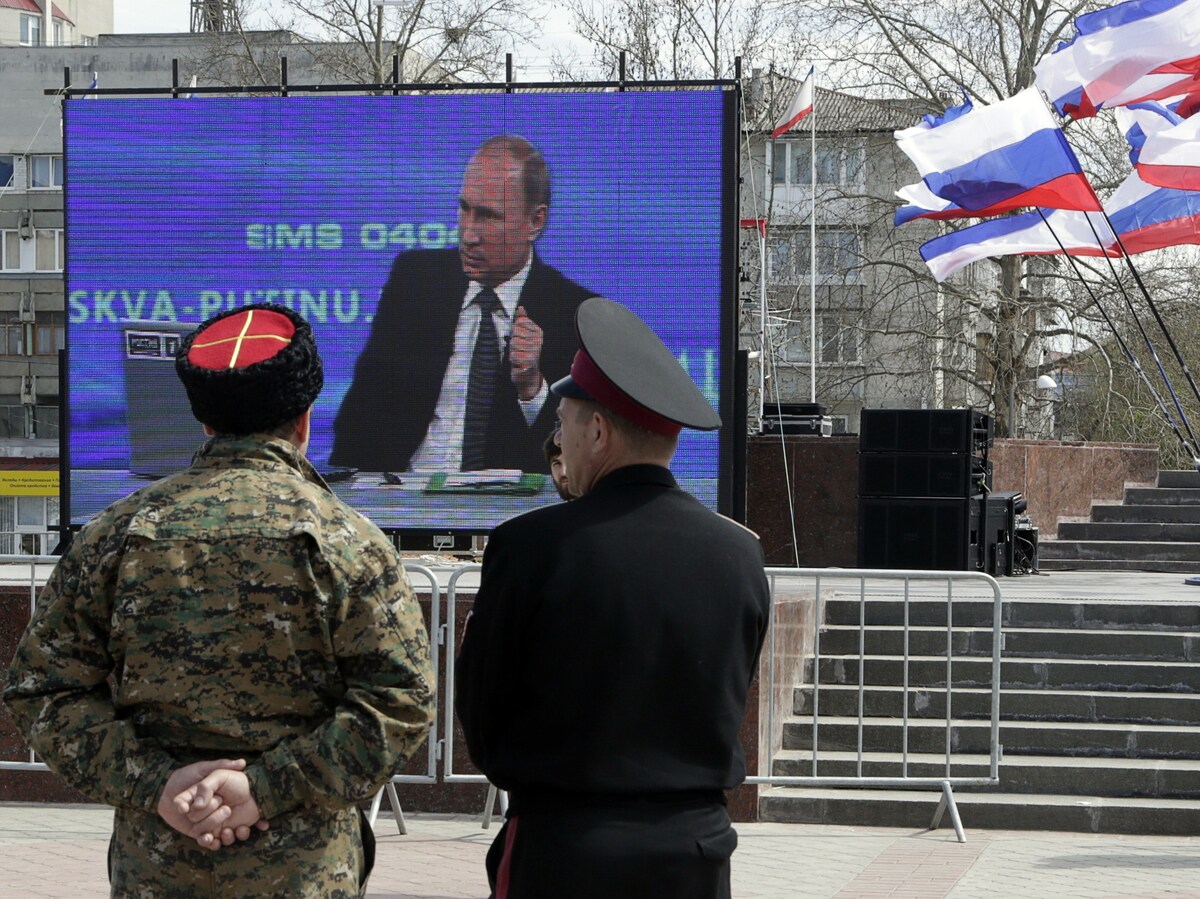 Cossacks look at Russian President Vladimir Putin answering a question on television, in Simferopol, Crimea in 2015.

When NPR reporter Gregory Warner arrives in a town on the Ukrainian front lines, residents try to keep their distance. 'Don't come here,' they say. 'When journalists come, the bombs fall." How did journalists come to be seen as instruments of war?

Ukraine is at war with Russia and fake news has been coming across the border in heavy doses for years. Russian TV stations routinely spread hoaxes that rile up Ukraine's large Russian-speaking minority, deepening divisions. Other stories just sow doubt and mistrust. It's a war on truth meant to divide Ukrainians, to turn residents against their government.

Gregory investigates how Ukrainians have learned to adapt and how they've been fighting back.

At first, volunteers start fact-checking Russian news and making counter-programming. But as the war wears on, these methods begin to seem inadequate. Censorship, once off the table, looks more and more attractive. The fight against fake news changes the warriors for truth. In a bizarre twist, fake news suddenly starts to feel more and more real.

This episode is adapted from NPR's newest podcast Rough Translation. In each episode, Rough Translation finds out how the things we're talking about in the U.S. are being talked about somewhere else in the world and brings back stories that change our perspectives.

Subscribe to Planet Money on Apple Podcasts or PocketCast.