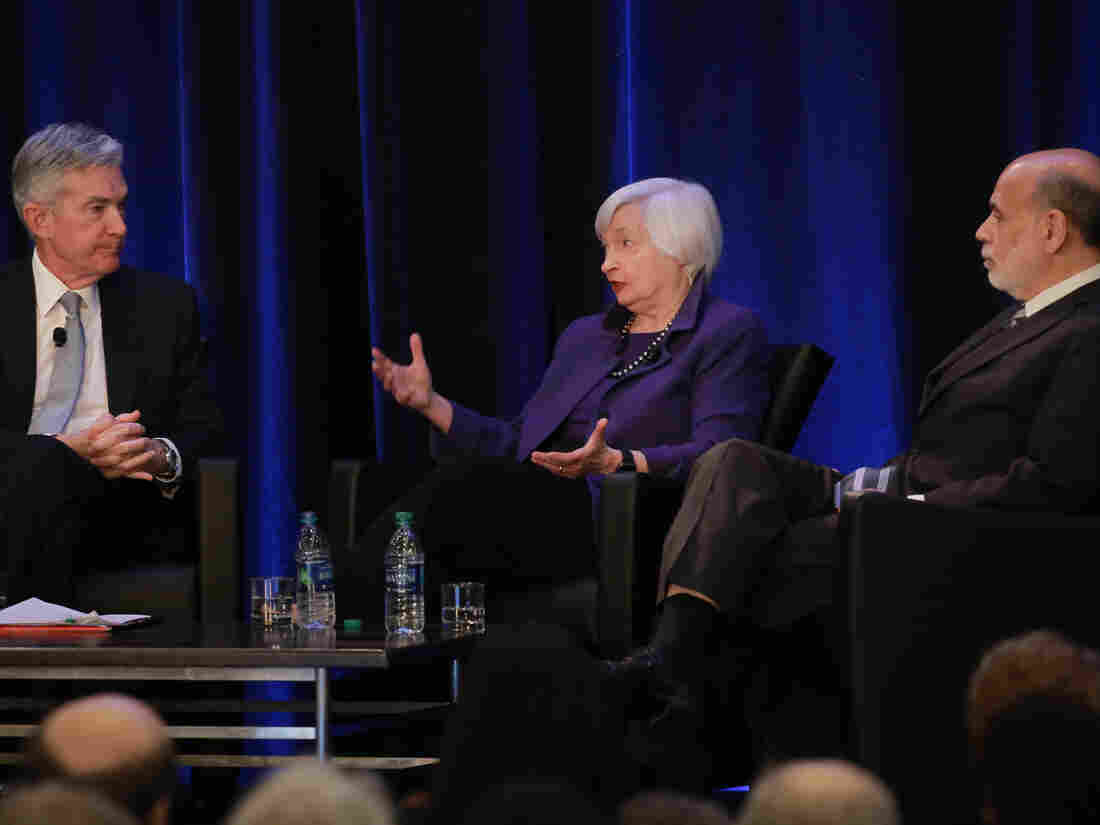 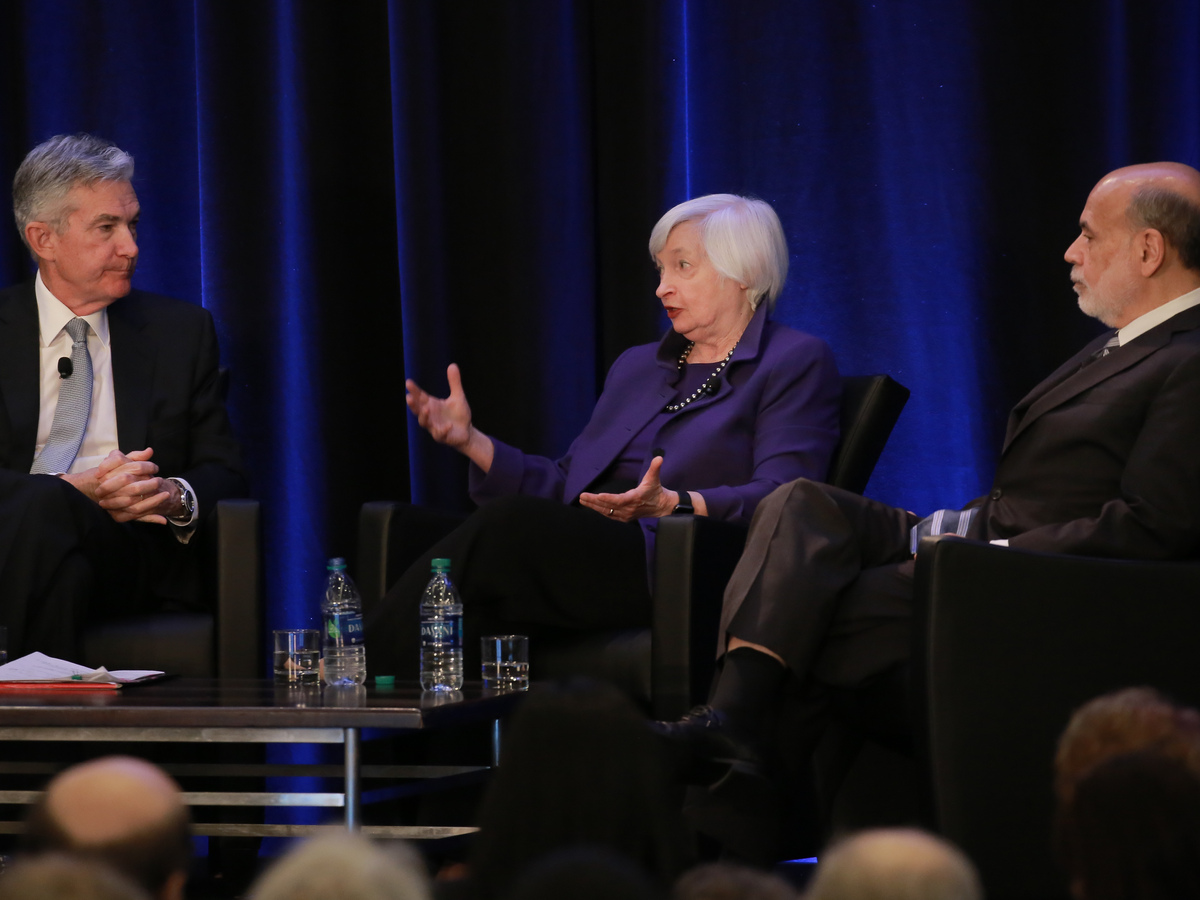 Last weekend, we flew to Atlanta for the year's biggest event in economics, the annual gathering of the American Economic Association. There were thousands of economists there. It's a must-attend event for econ nerds, and we try to go every year. (If you haven't heard our show about Robert Smith and Adrian Ma's visit two years ago, it's here.)

Hundreds of economists present papers at the conference, but there was a clear headline act. It featured the current chair of the U.S. Federal Reserve, Jay Powell, and former chairs, Janet Yellen and Ben Bernanke, discussing the state of the economy. After waiting in an obscenely long line at Starbucks, we went into an overflowing room to watch. Bernanke was about to become the president of the AEA, and he was soon asked about gender issues in the profession.

Economics has a serious gender problem. A student named Alice Wu rocked the economics world in 2017 with her paper "Gender Stereotyping in Academia," which showed rampant misogyny and objectification of female economists on the main online forum for econ jobs. Only 15 percent of full professors of economics are women. Only one woman, Elinor Ostrom, has ever been awarded the Nobel Prize in economics. Only a third of America's econ majors are female — a number that has remained stuck for more than two decades despite increasing college enrollment for women overall. And just before the conference, Harvard economist Roland Fryer, Jr., resigned from the AEA board after a New York Times exposé detailed allegations against him of sexual harassment and bullying.

"Economics certainly has a problem," Bernanke said during this year's panel discussion. "I think this should be our top priority."

The AEA, Bernanke said, has begun taking steps to make the field more inclusive, such as sponsoring a moderated website for job discussions, creating a diversity committee and surveying AEA members to figure out what to fix. The sessions at the Atlanta conference, Bernanke highlighted, were selected by a committee made up mostly of women.

At 8 a.m. on Saturday (ouch), we dropped in on a session called "How Can Economics Solve Its Gender Problem?" It turned out to be well worth the sleep deprivation. The women on the panel — and they were all women — shared stories of navigating a maze of sexism. The panelists included Janet Yellen, the first and only woman to head the U.S. Federal Reserve. Yellen, who left that job in early 2018, will take over as president of the AEA in 2020.

"I entered graduate school in 1967, ... the heyday of women's lib," said Yellen, who got her Ph.D. in economics at Yale. Yellen recalled her classmates protesting a men's only club on campus, where a lot of business and networking was done. Women had some success, but Yellen said she feels the movement lost steam by the 1980s. "What's hopeful is I see another wave of feminism here that's been aroused by the #MeToo movement."

Can economics explain the problem?

This was a group of economists at an economic conference, but their analysis of the field's gender problem drew a lot of ideas from outside economics. The panelists kept coming back to implicit bias, which is how psychologists talk about unrecognized feelings and attitudes that affect our judgement and actions. They cited studies that suggest this bias lurks behind unequal treatment of female economists, and they described a toxic professional culture that disadvantages women. "The bullying culture of economics is one of our biggest problems," said Stanford economist Susan Athey after the panel, adding that culture is understudied in the field.

Betsey Stevenson, who chaired the panel, recalled hearing male economists suggest that "women's ability to trade sex for career advancement" is an advantage they have in the marketplace. This led her to ask the panel, "Do the tools of our profession fail us when it comes to understanding workplace sexual harassment?"

The profession has long faced criticisms for its lack of diversity. But many male economists, the panelists said, failed to see it as a problem. "I think they regard themselves as rational and the field as being highly meritocratic," Yellen said.

The conventional model of economics doesn't have much time for human quirks like implicit bias. It's a cartoon world where discrimination disappears and differences between men and women in the workplace are simply the result of how productive they are.

Unlike the other sessions we attended, the audience was mostly female. Sitting in the audience, it felt like a reckoning was taking place.

Did you enjoy this article? Well, it looks better in your inbox. You can sign up here.