Accessibility links
Episode 899: Mexico Fights The Fuel Pirates : Planet Money Cartels in Mexico aren't just trafficking in drugs anymore; they're also stealing fuel. The Mexican Government is taking action to cut them off. But it's costing a lot of money, and lives. 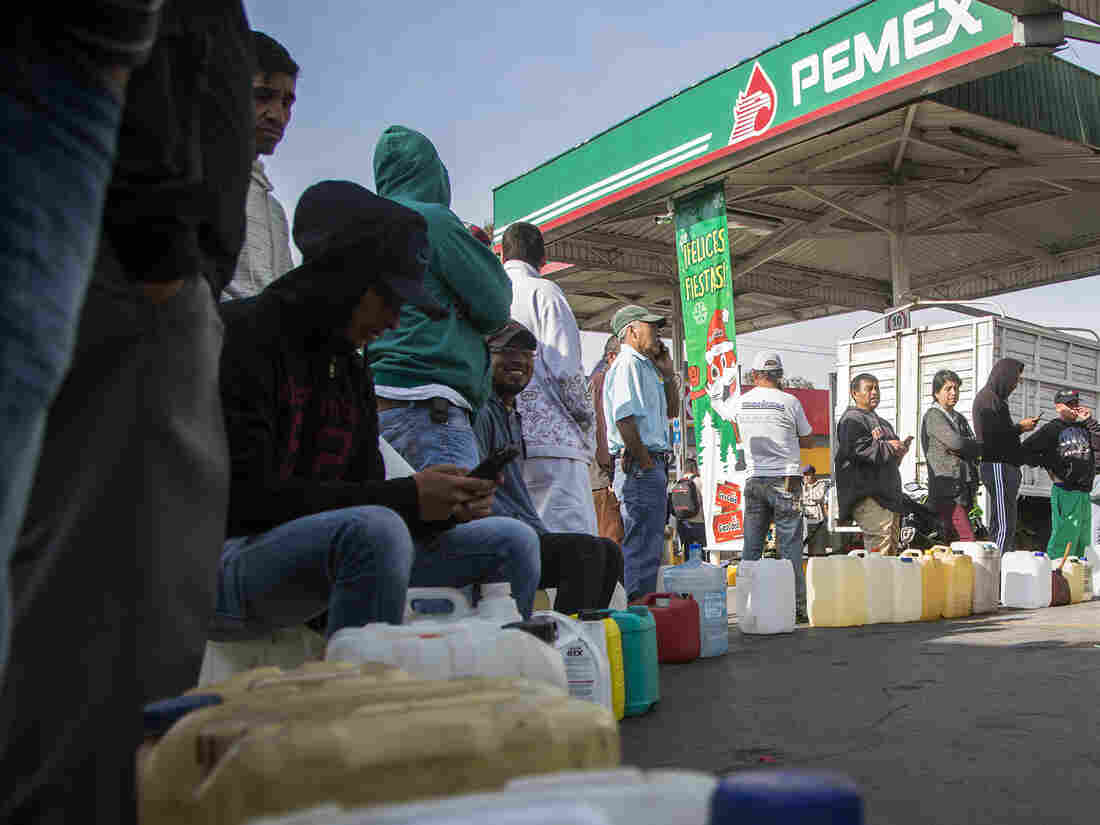 People wait in line to buy gasoline at a station in Morelia, Mexico on January 7, 2019. ENRIQUE CASTRO/AFP/Getty Images hide caption 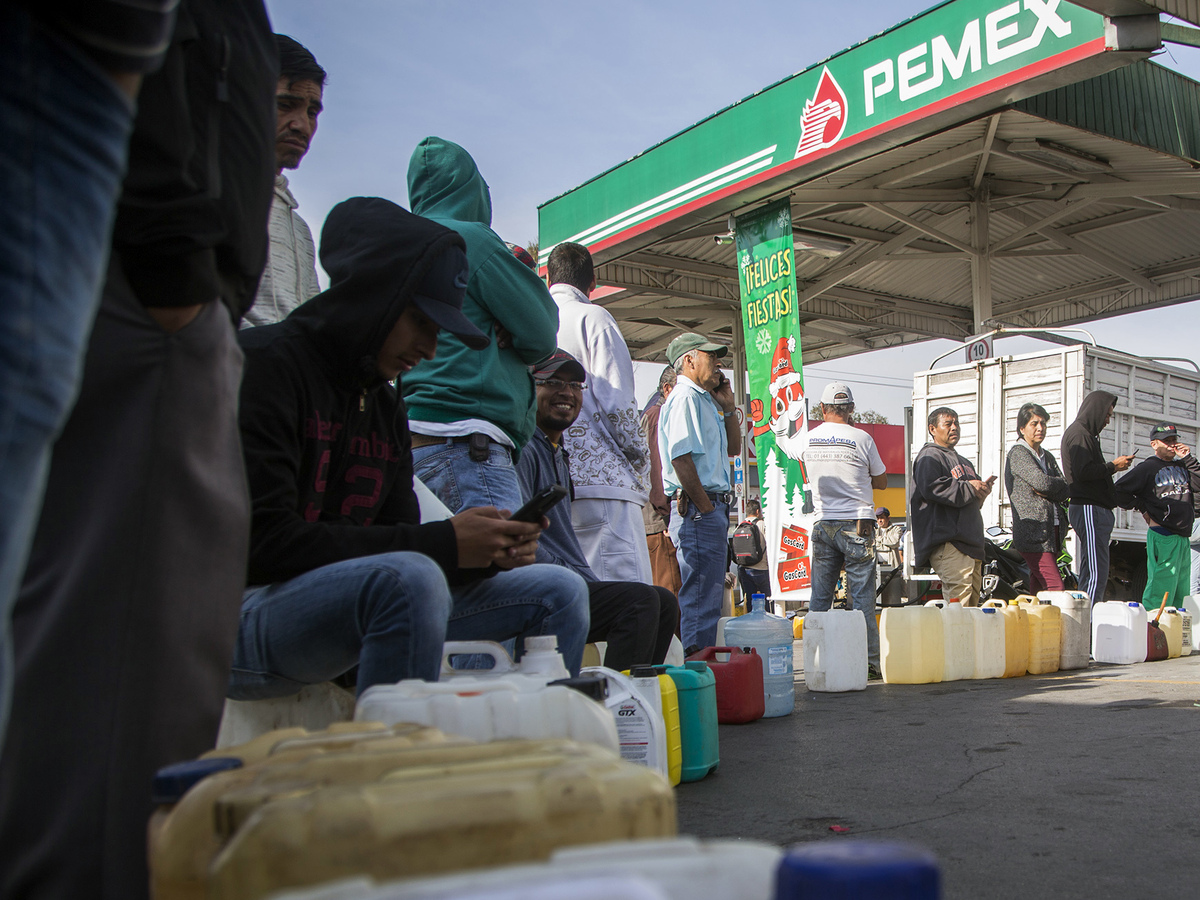 People wait in line to buy gasoline at a station in Morelia, Mexico on January 7, 2019.

A Warning: This episode contains audio from a disturbing scene of a pipeline explosion.

Mexico's national oil company, Petróleos Mexicanos—Pemex—is one of the largest oil companies in the world, and its gas is really expensive. Working for the minimum wage, it takes a day to earn enough to buy a gallon of gas.

And so it's no surprise that people have long stolen some gas in Mexico. It's so common, there's even a name for it: Huachicol. For a long time, the problem was manageable. But then the drug cartels got in on the action. They started stealing massive amounts of gasoline from the pipes, and selling it on the global market.

Now the Mexican Government is fighting back. The President is taking radical—even dangerous—steps to cut them off. Mexico is in a full-blown fuel crisis.

Music: "Ready for War," "Shallow Waters," and "Coming Back Around."