Accessibility links
Is Buying A House Overrated? : Planet Money The Nobel laureate who co-created the way our nation measures home prices says that over the long run, they don't increase much. And when they do, it can mean a bubble. Are we in one now?

Is Buying A House Overrated?

Is Buying A House Overrated? 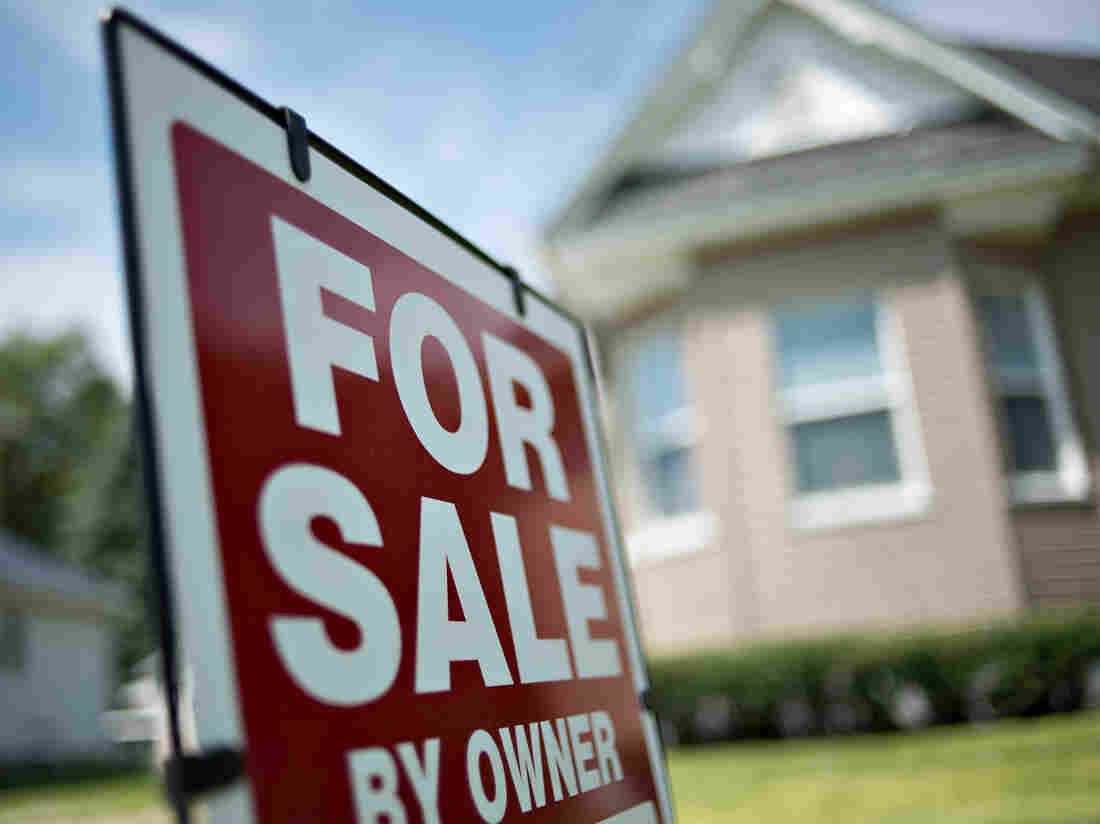 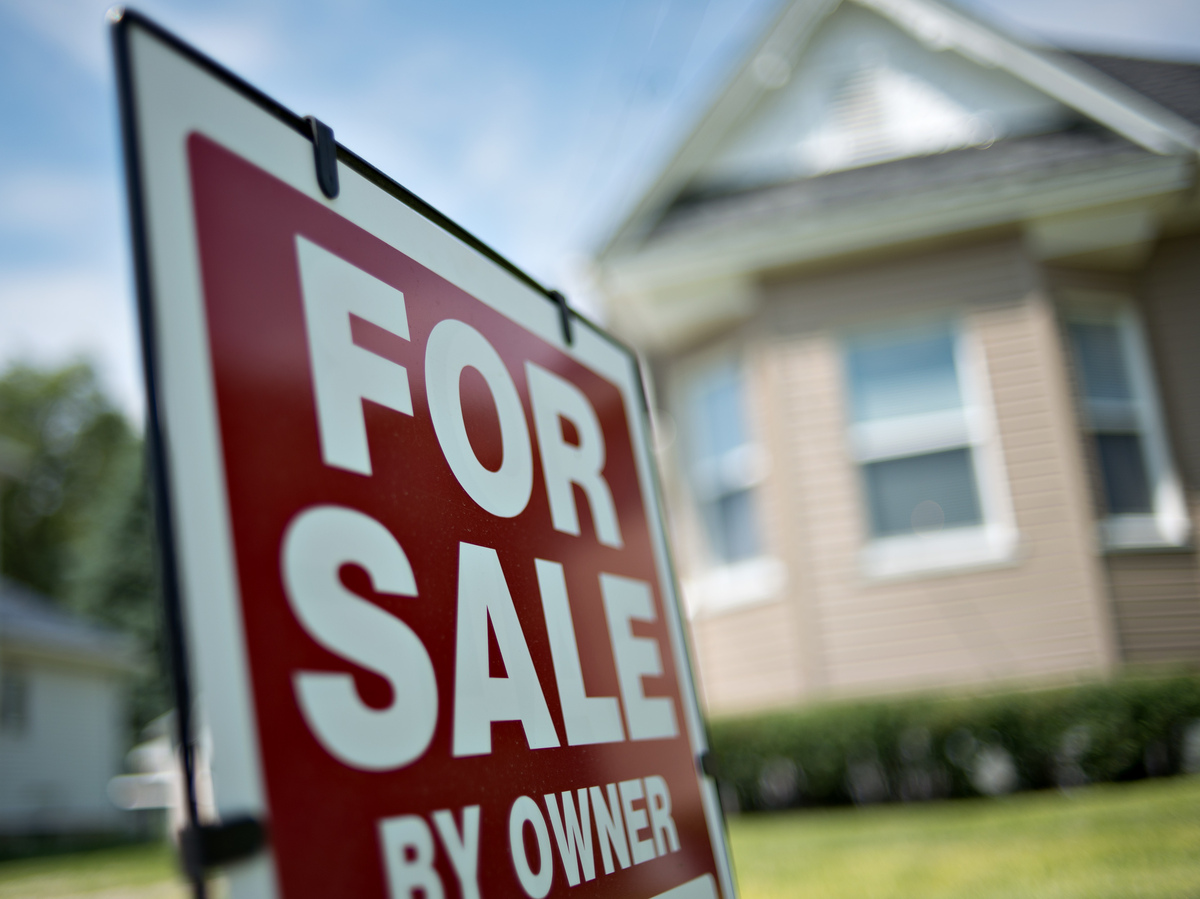 The latest S&P/Case-Shiller Index numbers drop Tuesday, giving us a peek at the direction of home values. The index tracks national home prices. It's an important indicator, but it's only really finance nerds who talk about it, which is weird because Americans hold about $26 trillion of their wealth in their houses. That's about a quarter of their entire net worth. The Dow Jones Industrial Average, which tracks stock prices, gets a lot of attention — but for many families, their house is the most valuable thing they own.

The history of the index is pretty fascinating. For a long time, we were mostly in the dark on how home prices change over time. That all changed thanks to Robert Shiller, a Nobel Prize-winning behavioral economist, who co-created this index with his colleague Karl "Chip" Case (as the name would suggest).

So Shiller knows the housing market, and he has long been skeptical of whether buying a house is really a surefire investment. His index shows that home prices haven't really grown much over the long run. Should you use your life savings to buy a home? It's debatable.

Shiller and Case's research began in the 1980s, when they got their hands on "Univac tapes" — basically the Stone Age version of a thumb drive — that had data from real estate appraisers on home sales. With these tapes, they constructed the beta version of their index, and they published a couple papers about it.

"We didn't even submit them to the prestige journals because we thought it was not a cool topic," Shiller says. It's cooler now though; their index is the gold standard of assessing national home prices. And it can be a powerful tool to spot housing bubbles, as Case and Shiller proved back in the early 2000s.

The long-run growth of home prices is pitiful

In his classic book Irrational Exuberance, Shiller looked at the history of home prices going back as far as 1890. He found that they've gone up and down, but over the long haul, they've actually grown very little. Between 1890 and 2019, national housing prices grew by less than 0.6 percent per year (after accounting for inflation). That's pitiful! To put that number in perspective, the average real return of the S&P 500, the index of the stocks of the top 500 corporations in America, is about 7%.

Shiller is not alone in finding that home prices haven't climbed much over the long run. Mostly that's because we've built more. That said, there is some evidence that across advanced countries, home prices have been trending upward since WWII, and that could be because development has slowed.

So, should I be renting?

While the Case-Shiller index tracks national home prices, it does not track rents. A recent working paper by Òscar Jordà and other economists tracks the prices of major forms of wealth in 16 countries from 1870 to 2015, finding that when you incorporate the value of rent, homes look like a much better investment. Homes have a similar return to stocks, and the housing market also shows less volatility. In the U.S., the authors estimate, the total net return from a typical house, including rent, is about 6% per year in real terms, which is one percentage point less than the average return from the stock market.

The Case-Shiller index also doesn't measure other important things, like the pleasure you get from having your own little fiefdom, putting down roots in a neighborhood, building a community or being free from an awful landlord. Homes also come with tax benefits and force you to save, which can be helpful for the many of us who need motivation.

That said, homeownership has headaches. It's harder to move. You have to pay to fix stuff and pay property taxes. And if your city's economy crumbles — as did Shiller's native Detroit — then your home's value goes down with it.

Many people make the mistake of believing homeownership comes with a unique opportunity to build wealth. Renting, they believe, is "this idea that you're putting money down the drain," Shiller says. "I don't think that's the right way to think about renting a house." If you rent instead of buy, you can use what would have been your down payment to invest in potentially more profitable investments. Whether this is a better financial strategy depends on many factors, including how long you want to live in one area.

Are we in another housing bubble?

Shiller warned the world about the two big bubbles that devastated our economy over the last 20 years: the dotcom crash in the late 1990s and housing crisis from 2007 to 2009. That — and the fact that he's a Nobel Prize-winning economist at Yale — means when he talks, people listen.

A few months ago, Shiller warned the world again about a potential housing bubble. As the graph shows, since 2012, we've been seeing the third biggest housing boom in modern U.S. history.

"I think we should be concerned," Shiller says. "Home prices have been going up since 2012 at a good, strong clip." He says it could take awhile, but booms like this come to an end. "With the housing market showing signs of slowing down, the turning point could be at hand already for us."