Accessibility links
What Aladdin — And Napoleon — Teach Us About Copyright : Planet Money Disney's first wish: longer copyright protection. And Congress was their genie. 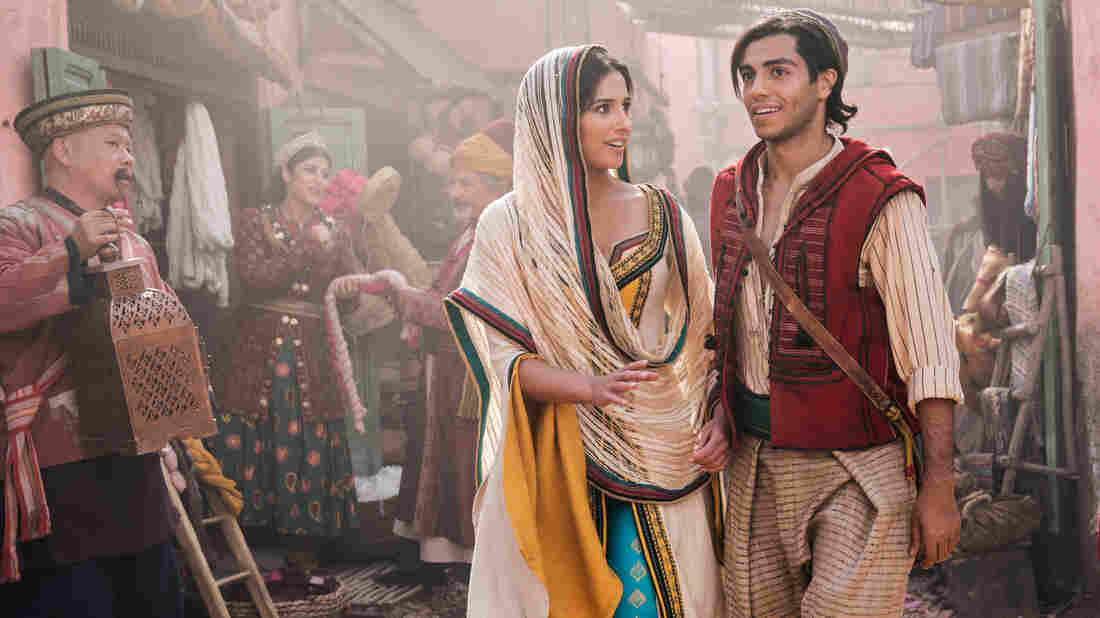 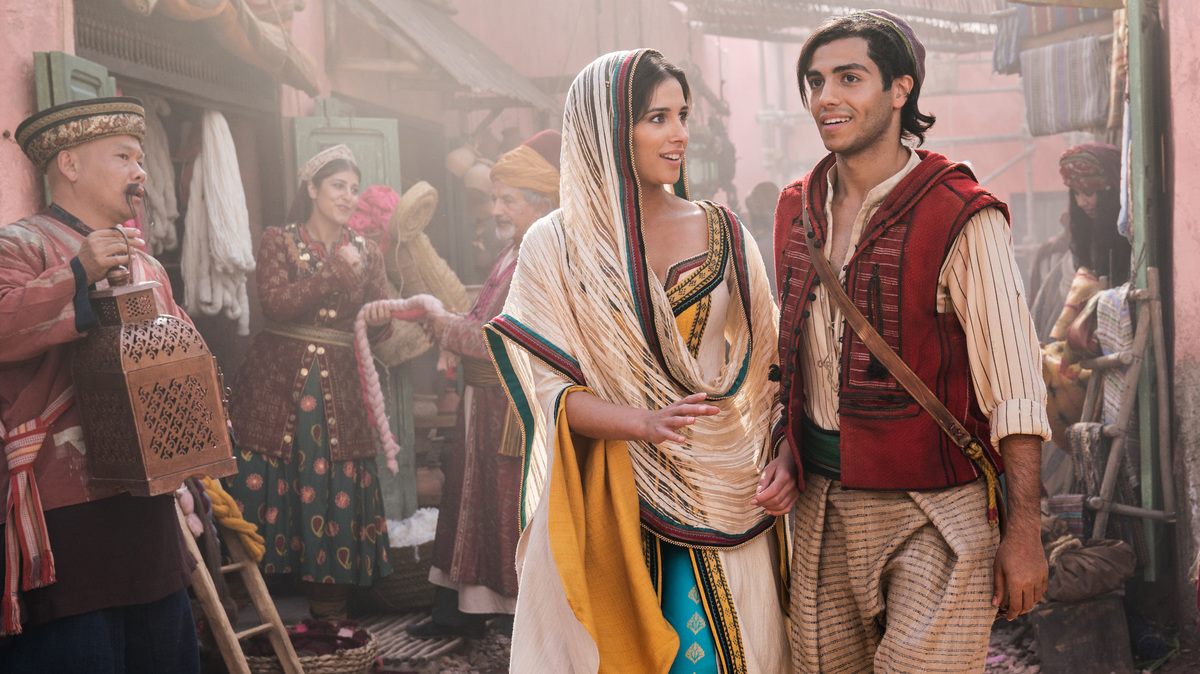 A whole new Aladdin is in movie theaters. We went to see it last week. It has some amazing Bollywood-style dance scenes, a resplendent palace and the best magic carpet rides over Agrabah that money (and Industrial Light & Magic) can provide. At about 56% approval, Rotten Tomatoes didn't love it, but we enjoyed it, maybe because we were watching it with one eye on the dancing and one eye on economics, intellectual property rights and history.

In all, it cost $183 million to make. And, partly thanks to Disney's lobbying efforts, the Disney corporation will control the rights to this film for 95 years. That's because Disney has long been a major political force in the fight to lengthen copyright. In past decades, Congress has approved copyright extensions just when the copyright to Mickey Mouse was about to expire. The 1998 Copyright Term Extension Act is pejoratively nicknamed the Mickey Mouse Protection Act.

As Disney will argue, you don't want intellectual property law to be too permissive or there will be little incentive to create new music or movies. But, when copyright is too broad and strong, the consumer loses out. Great stories and characters can't enter the public domain, which makes it harder to riff on old ideas. Like many of Disney's products, Aladdin itself is a remix of an old story, one well out of reach of modern copyright laws.

These are the kinds of arguments that cropped up last year when Congress considered the Music Modernization Act. Also, when the Trans-Pacific Partnership agreement was negotiated, persuading other countries to adopt American copyright law of life of the creator plus 70 years was a sticking point in negotiations.

But who's right? How long should copyright be? Some data comes from a surprising person: Napoleon Bonaparte. When Napoleon invaded Italy in 1796, he created French-controlled regions of northern Italy that included Milan and Venice. And in 1801, French copyright law was brought to these areas. Artists now had rights to their work for their lifetime, plus 10 years. But most other Italian regions — like those containing Rome and Naples — did not pass copyright laws until decades later.

Economists Michela Giorcelli of the University of California, Los Angeles, and Petra Moser of New York University dug through records of 2,598 Italian operas across eight Italian states between 1770 and 1900. They found that, prior to 1801, each Italian state would, on average, produce 14 new operas a decade. Venetia produced a little less than this. But after copyright was introduced to Venetia, the region's opera production ramped up to 34 a decade. Venice, with Milan, became a world-leading hub for opera composition. Giorcelli and Moser estimate that, overall, Napoleon's introduction of copyright led to a 150 percent increase in the number of operas composed each year. (Freakonomics, by the way, had a fun segment with Moser telling her story in March.)

Composers could demand royalties from their works if they were performed by other theaters. Operas became better financed, and composers, who might have in the past immigrated to places like Paris, decided to remain. Copyright boosted creativity.

Eventually Italian states lengthened copyright periods to the duration of a composer's life plus 30 years. Giorcelli and Moser find that extending copyright to life plus 30 years produces, on average, one more opera a year in each state. But there might be a turning point if copyright is too long: They find that going further to life plus 40 years may actually decrease the number of new operas produced. This suggests American copyright lengths could be too long.

Maybe you've heard the song from the opera Rigoletto, "La Donna è Mobile." You might have heard it in advertisements selling body spray, tomato paste, chocolate or Doritos. It's more than just a classic, it's also the kind of opera that might not have been made if not for copyright. In this case, life of the composer plus 30 years.

Rigoletto was composed by Giuseppe Verdi in Venice in 1851, half a century after Napoleon's invasion had paved the way for strong copyright. Verdi intentionally chose grand, challenging source material and took a risk by parodying a womanizing King. The opera soon entered the theater circuit, with each performance incurring a fee to Verdi and his publisher of about 400 francs. That was a lot back then. Thanks to these royalties, Verdi's ambitious, risky bet paid off. And, with about $600 million in gross earnings in just over two weeks, so too has the new Aladdin. Merci, Napoleon.