Accessibility links
Why We Should All Watch 'American Factory' : Planet Money The Netflix documentary is one of the most honest and interesting looks at trade between China and the U.S. 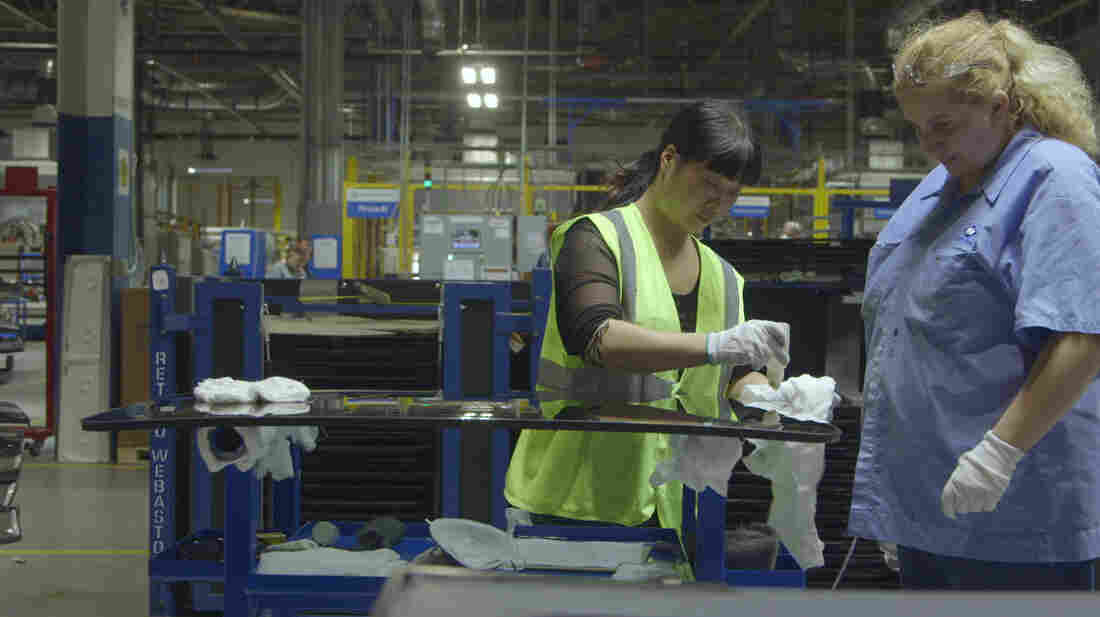 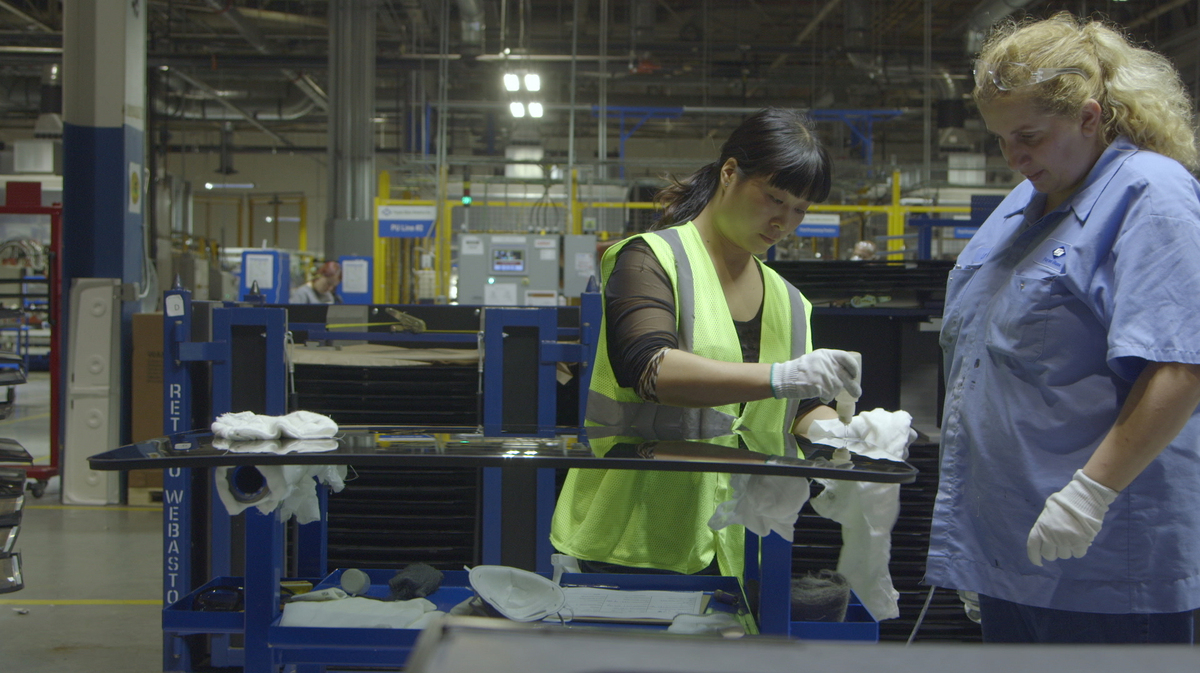 The Planet Money movie reviews desk is normally a pretty sleepy place. There aren't a lot of blockbusters about economics. But we sure woke up when we recently watched American Factory, now streaming on Netflix. It's directed by Julia Reichert and Steven Bognar. Its backers include Participant Media and the Obamas' Higher Ground Productions, which is a partner of Netflix.

But it's a challenging, strange, eye-opening film. Here at Planet Money, we've all been watching it. As our colleague Alex Goldmark said after he finished it, "My wife and I sat there and looked at each other, and we just didn't know how to feel."

It would be easy to know how to feel about it if it were just the thing it looks like it set out to be, the usual sympathetic story about the American blue-collar worker, with the expected problems and questions: Factories are shutting down, the unions are in retreat, the bosses stay powerful and rich. These are important stories, but they quickly fall into a kind of pattern of hard work and hopelessness. We mostly know how to feel.

It looks like it's going to be the same at the glass plant in Dayton. But then a Chinese company, Fuyao Glass America, shows up to reopen it. Chinese companies buy American companies all the time. At this point, that shouldn't be that interesting, either.

But Fuyao let the filmmakers film everything.

Just minutes in, two workers from China, a couple, stand on a ledge overlooking Dayton. They marvel at the houses, which seem like antique wonders to them. They think it's beautiful. And on second watching, I took a moment to look at the view, too, and, yeah, Dayton may be an opportunity zone, but it's underrated.

We eavesdrop as a manager tries to explain America to a cafeteria filled with Chinese workers at long white tables, eating food out of foam boxes and wearing neon yellow vests. He wants to help them acclimate. "America is a place to let your personality run free," he says. "As long as you're not doing anything illegal, you're free to follow your heart. You can even joke about the president. Nobody will do anything to you." He also notes that Americans are "very obvious" and that "everything is practical and realistic."

Any jealousy over freedom of expression quickly gives way to a general disappointment in the Americans as workers. The chairman comes to visit, and a manager explains what the Americans are like as workers. "They're pretty slow," he explains. "They have fat fingers. We keep training them over and over." Americans also like to take off weekends.

The chairman, Cho Tak Wong, is a forbidding presence, alternating between lofty language about character and serious complaints about unions. "The motherland is like a mother," he says in one address to the Chinese staff. "This is eternal." Noting that they aren't there for the money but to represent their country, he tells them: "It's down to every one of you here." In the next scene, he's on a plane, trying to figure out how to deal with labor. "I can't manage them," he complains. "When we try to manage them, they threaten to get help from the union."

There is so much more to this movie. There's a visit to headquarters in China, which starts with the executive staff singing the company anthem — "Noble sentiments are transparent/For the sake of transparency" — and it gets more unfamiliar from there. The directors take their loving time with process, too. This is a movie for activists but also for people who think it's interesting to see how glass goes from hot sand to polished windows, and it spends a few moments on the challenges and pleasures of forklift driving. It's not exactly an uplifting film, but it's one of the most interesting ones to come along in a while.