Is the American Tax System Regressive?

Is the American Tax System Regressive? 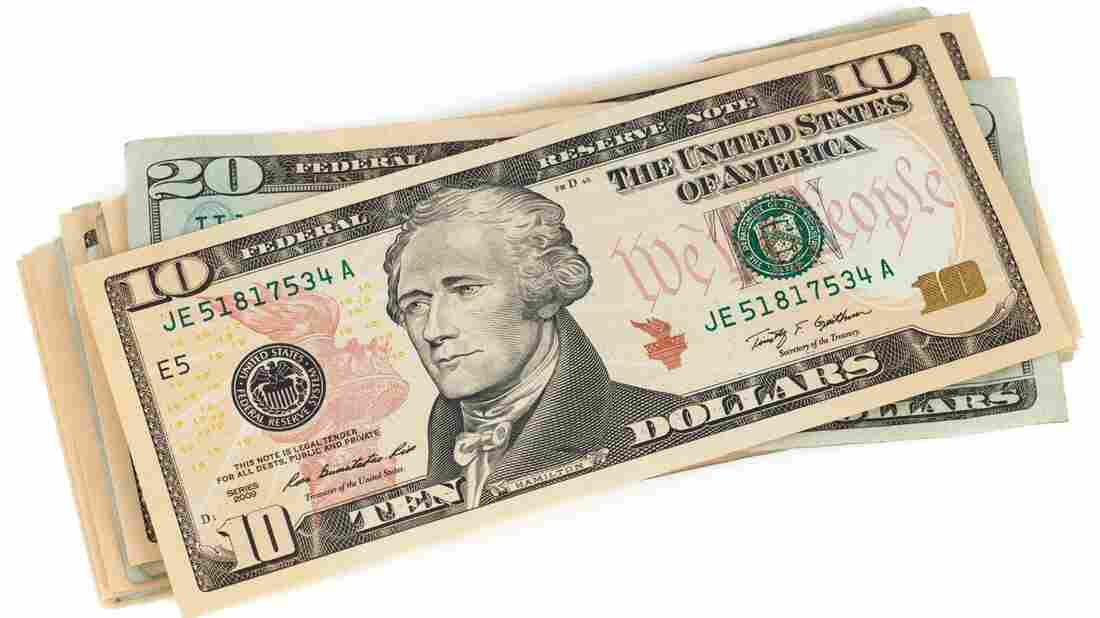 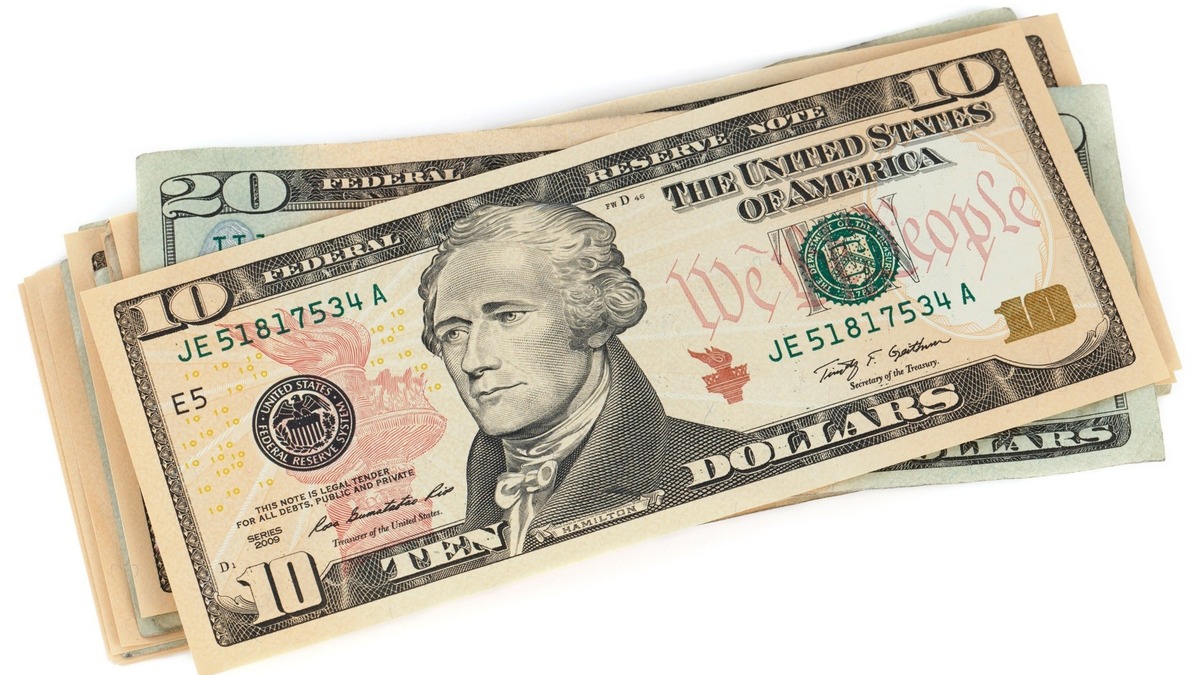 Normally, peer review is a boring process held behind the closed doors of the ivory tower. But the debate over The Triumph Of Injustice, the new book by Gabriel Zucman and Emmanuel Saez, has become like a proxy battle for the Democratic presidential primary.

Last week, Zucman, dressed in a dark suit with a collarless, blue shirt, swung by our offices in New York, and he took us through the controversy. "We wanted to have this debate," he said. "I just hope it's going to be broader than just Twitter, because, you know, these are complicated questions."

Zucman and Saez are both economists, both from France, and both based at U.C. Berkeley. Their first paper together, released in October 2014, attempted to measure wealth in America, particularly among the upper classes, which is hard to do because the government doesn't track wealth. They drew from data on the interest, dividends, and capital gains reported on tax returns and used that to estimate American fortunes. They found that the top tenth of the top one percent of Americans, as measured by wealth, saw their share of national wealth triple since 1980 — and that this tiny group was now controlling nearly as much wealth as the bottom 90 percent of Americans.

"The injustice is that at the same time as their income and wealth boomed, the wealthiest Americans have seen their taxes collapse," Zucman told us. According to their estimates, the overall tax rate on rich Americans was cut in half in the decades since 1980. 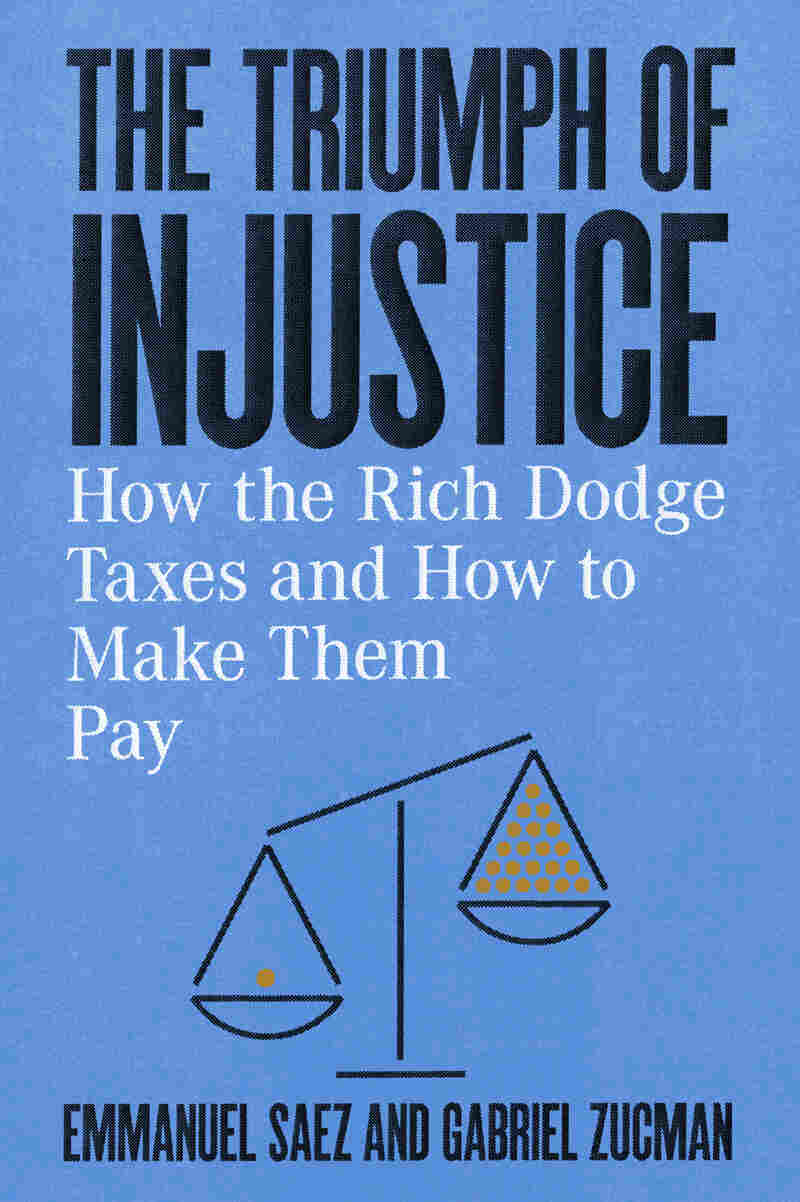 The Triumph of Injustice by Emmanuel Saez and Gabriel Zucman W.W. Norton and Company hide caption 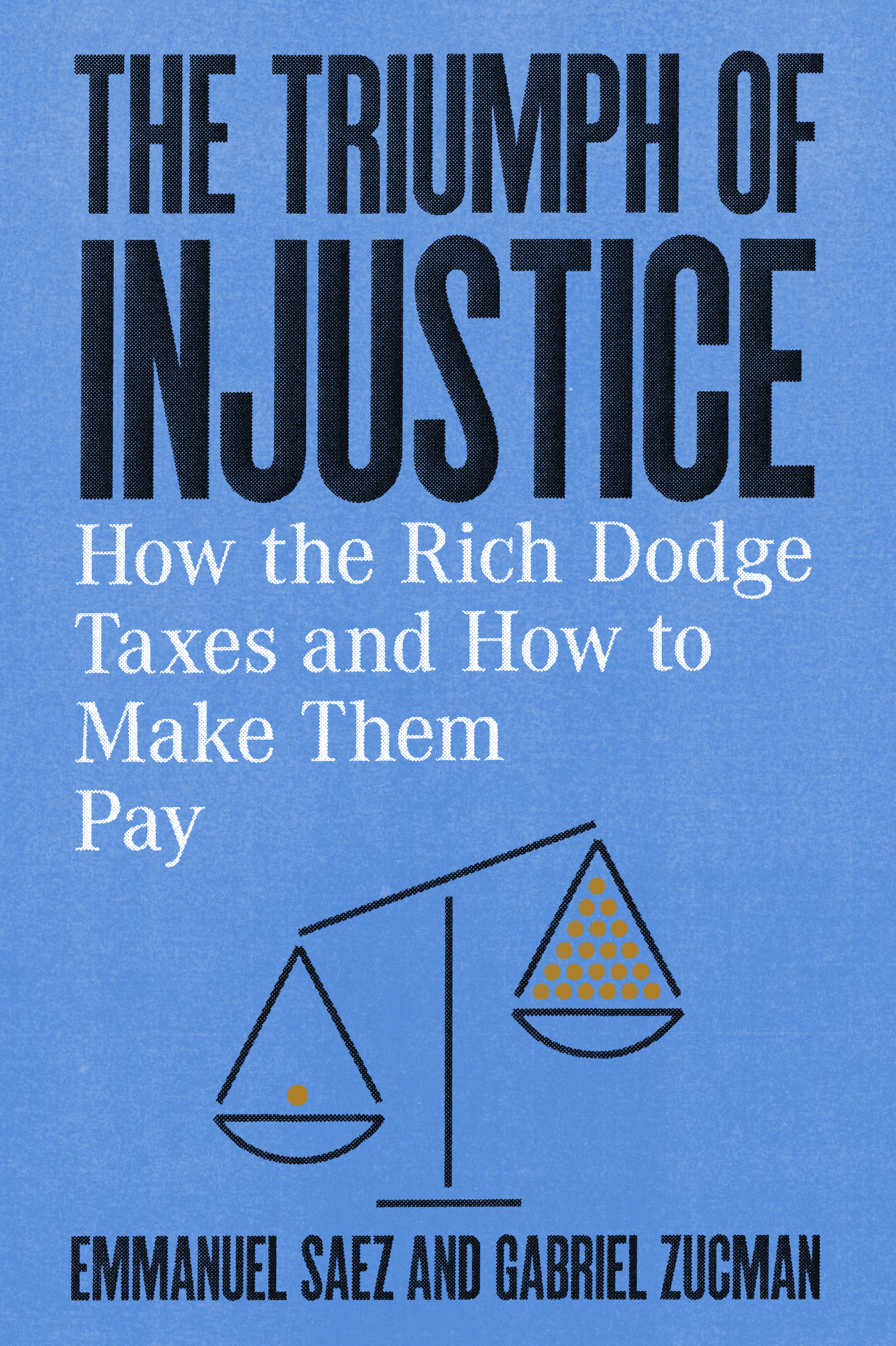 The Triumph of Injustice by Emmanuel Saez and Gabriel Zucman

Zucman and Saez's numbers have driven much of the conversation about "the one percent." Senators Elizabeth Warren and Bernie Sanders regularly cite the economists, and both senators worked with them to craft their respective proposals for a wealth tax. Former U.S. Treasury Secretary Larry Summers, a centrist Democrat who's been dropping bombs on the movement for a wealth tax, is one of a few prominent economists to take issue with Zucman and Saez's work.

One of the more provocative claims in the book is that the American tax system, taken as a whole, and including state and local taxes, is not progressive, meaning it does not tax the rich more than the middle class or working poor. Instead, they write in their book, when you include the totality of taxes, "The US tax system is a giant flat tax—except at the top, where it's regressive." That is, the rich now pay a smaller tax rate on their income than everyone else.

Much of the debate so far has focused on this claim, and it can get kind of arcane: including arguments about who really bears the cost of what taxes ("tax incidence") and whether one should consider corporate profits as part of shareholders' income, even if they don't get dividends or sell their shares (Zucman and Saez say yes; others say no).

Last week, Zucman and Saez participated in a discussion about their research at the City University of New York on 5th Avenue. In front of a filled auditorium, Paul Krugman, one of the panelists, admitted that the gritty details of the dispute is "sort of 16-Tylenol level stuff."

One disagreement over Zucman and Saez's analysis stems from their decision to exclude programs like the Earned Income Tax Credit (EITC), a tax subsidy to low-income workers. "I don't think one can meaningfully answer the question about the progressivity of the fiscal system without including transfers, not just the EITC but all cash and quasi-cash transfers," says Jason Furman, who was the head of the Council of Economic Advisers under President Obama. Excluding benefits, he says, makes social programs look like tax increases on the poor in Zucman and Saez's methodology. Look at it this way: if the government gives money to the poor, it doesn't show up in their numbers, but if the poor go out and spend that money, the sales taxes incurred do show up in the numbers.

Zucman counters that the rich and their companies benefit from government spending too. "To analyze the overall redistributive effect of government intervention in the economy, it's important to take into account all taxes and all spending, and not only the taxes paid by the rich (the federal income tax) and the transfers received by the poor (such as the Earned Income Tax Credit)," he said. The real point of their data, he suggested, is to change the conversation about taxation. Low-income workers may not pay federal income tax, but they do pay a lot through payroll, sales and other taxes. The EITC lowers this burden, he added, but it does so only "with a lump-sum payment at tax time the following year," which means the cash-constrained are seeing their paychecks reduced by payroll taxes in the meantime.

To reverse what they see as "a snowball effect" of accumulating wealth at the top due to what they describe as a regressive tax system, Zucman and Saez advocate a number of aggressive reforms, including adopting new rules to prevent corporations from avoiding taxes, equalizing tax rates between labor and capital income, and, of course, imposing a wealth tax on the uber-wealthy.

Both Saez and Zucman are close collaborators with Thomas Piketty, another French economist whose research has driven much of the conversation about the ballooning fortunes of "the one percent." Piketty was Zucman's PhD adviser at the Paris School of Economics.

Recently, Zucman joined Piketty, Saez, and others to create the World Inequality Database. It's a one-stop shop for all your inequality data needs. They consider it a "prototype" for a more far-reaching goal: They want governments around the world to begin tracking inequality like they track employment, inflation, and economic growth. They call them "Distributional National Accounts," and Zucman pitched the idea on Capitol Hill in mid-October.

Talking to Zucman, it struck us that he and his colleagues are pioneering a whole new way of thinking about economic policy — yet, they don't really have a name. Economic history is full of intellectual cliques that we give labels. The Chicago School. The Austrian School. The Saltwater and Freshwater Schools. As he talked, our minds drifted. The Paris School? Too boring. The Mineral Water School? Funny, but maybe too pejorative. Then it hit us: the Distributional School!

"Maybe, you know, but it doesn't sound very sexy," Zucman said. We agreed to workshop it. Got any ideas for a name? Email us at Planetmoney@npr.org