Accessibility links
Ciao, Italia: Why Italy's Youth are Leaving in Droves : Planet Money Italy's young workers have been leaving for decades. One of them worked for Planet Money last winter. Here's what it's like to leave a stagnant economy in a country you love. 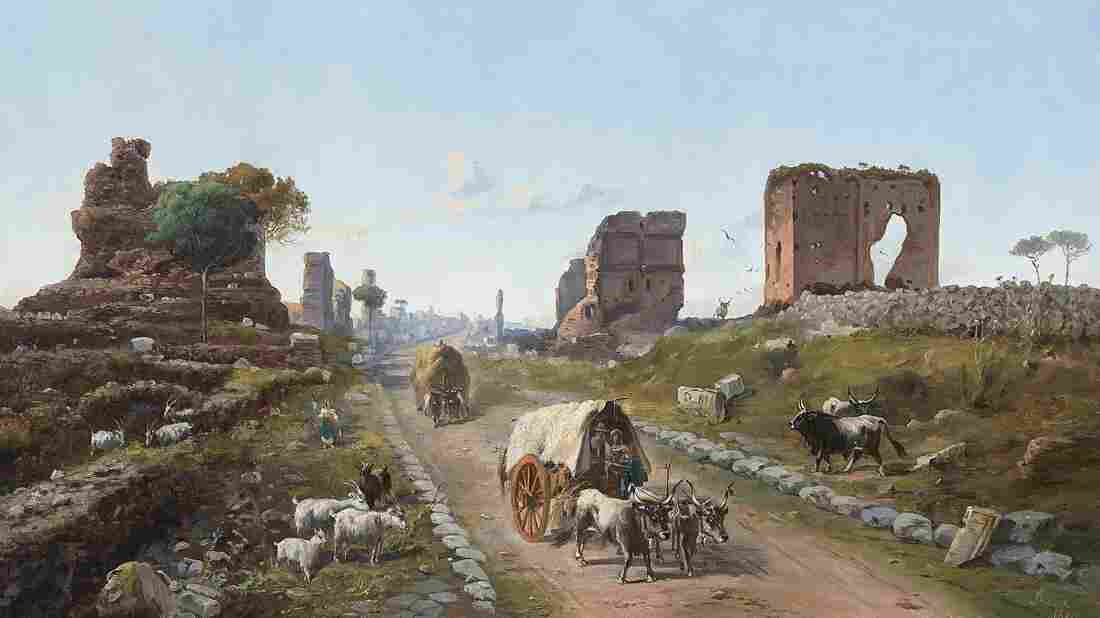 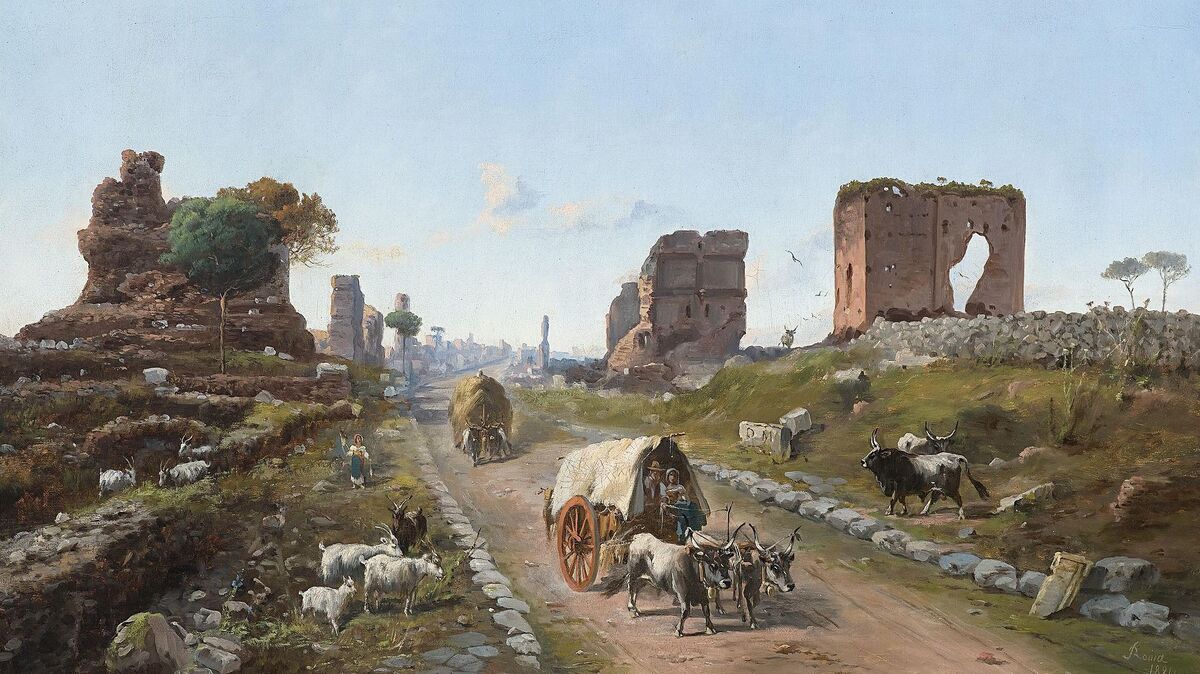 The Bureau of Labor Statistics released its jobs report this month, and the numbers, again, are pretty good: the unemployment rate is at 3.6%, while the youth unemployment rate is around 8%. The numbers looked good to us. But to our winter intern, Bianca Giacobone, they seemed astonishingly low. That's because she is from Italy, where the economy has been stuck for decades. So we asked her to write about what it's like to be young and Italian these days.

Sometimes, when people ask me why on earth I left Italy, a beautiful country I'm lucky enough to call home, I drop a few numbers. Italy's youth unemployment rate – the rate of people under 25 years old looking for a job and not finding it – is 28.6% as of the last quarter of 2019, according to Eurostat, the European Statistical Office. By comparison, in November 2019 the Eurozone's youth unemployment rate overall was 15.6%. Here in the U.S. it's about 8%.

Perhaps more worryingly, the Italian rate of people aged 20-34 neither in employment nor in education and training, the so-called NEET rate, was 28.9% in 2018. It's the highest NEET rate in the Eurozone, which has an average of 16.5%. To put that more plainly, almost 1 in 3 Italians under 34 aren't really doing anything at all.

"The Italian economy is not growing," says Carlo Cottarelli, an Italian economist and former director of the International Monetary Fund. "The Italian per capita income is the same as it was 20 years ago. In terms of economic growth, this past decade has been the worst since 1861."

Like many economists, Cottarelli has a long list of reasons why Italy's economy is stuck, and they start with Italy's adoption of the common currency in 2002. "We didn't handle the transition to the Euro well," he says, explaining that a common rate of exchange meant Italy couldn't lower prices to compete with Germany. "Since we couldn't devalue, we lost competitiveness."

Then there are the usual suspects: excess of bureaucracy, one of the slowest civil justice processes in Europe, high levels of tax avoidance, high levels of corruption, a crippling economic division between North and South, and one of the lowest fertility rates in the world. "All these things, including an underfunded public education, condition the country's growth."

In the long term, high youth unemployment can lead to loss of skills and human capital. In the short term, youth unemployment shapes the lives of young Italians dramatically. For example, people tend to live with their parents longers – 66.1% of people aged 18-34 still lived with their parents in 2018, while the percentage in United States is roughly 30%. Young Italians struggle to reach financial independence. They have children late, which contributes to Italy having one of the worst fertility rates in the world. And, then they leave, as I did.

Many Italians blame the education system, which is chronically underfunded, and favors theory over practice, leading to a very slow school-to-work transition, and to a mismatch between what young people graduate in and the skills needed to find work.

Graduating with degrees in Science, Technology, Engineering or Mathematics (STEM) leads to better employment prospects. But my father's reminder that it would be best to study engineering fell on deaf years when I was 19 and fresh out of high school. I enrolled in the Humanities, as many other Italians before and after me.

Anecdotally, I can say that the overwhelming majority of the friends and acquaintances living back home, all over 25 years old, do not have jobs and/or are still living with their parents. And that around 20% of my small high school graduating class, me included, is now living abroad, and that five out of five of my cousins under 30 years old are not working in Italy at the moment. Friends have gone to the United Kingdom, Germany, Portugal, South Africa, and the United States, among many others. They're pursuing Phds, working as managers, servers, engineers, professors, chefs, and architects.

We all look longingly back at our country, wondering when and if there'll be a good moment to go back, and have a job and a career comparable to the one we can have abroad. Because, as most of the world knows, Italy is a beautiful country, where the coffee is cheap, the food is good, holidays are long, education is mostly free, and there is universal health care, despite all the economic trouble.

Davide Fikri Kamel, who comes from Corvino San Quirico, a bucolic village in the north of Italy, and works a well paid job with Amazon's digital marketing division in New York City, is used to his colleagues' surprise at his desire to leave Italy. "Every time I show pictures and videos of my village, to my coworkers and friends they're like, 'Why on earth would you move out of this dreamy, heavenly place?'" he says. "But you don't know what the struggle is, you don't know how the Italian education system is, you don't know what the job situation is."

"Some 2 million young Italians – many of them educated and skilled – have left Italy since 2008," says Nicola Nobile, an economist at the research and analytics consultancy Oxford Economics. That's a lot in a country with a population of about 60 million. Immigration, which could help counteract the low fertility rate, is relatively recent in Italy – under 3% of Italy's population were immigrants before 2000, a number that now lingers around 10% – and so far it's not well received.

"A country that cannot keep its youth is not forward looking," says Nobile. "There are more older voters than young, so politicians tend to focus their politics and economic incentives on them. It's a country for old people."

I am reminded of that every time I go back home to Milan and go for a walk. People around the streets, in bars, shops and cafes, are strikingly older than what I'm used to now that I live in New York.

I like to think I'll be back. I've written down a ten year plan. I'll work for a few years abroad, here in the United States, or somewhere in Europe, and build my career. Then, when my resume is appealing enough, I'll move back and be of use. It's a plan that comes less out of patriotic duty, and more out of a refusal to accept displacement. Yes, that's my dream, to work in the country where I grew up.