Why America Is Losing The Toilet Race

Why America Is Losing The Toilet Race 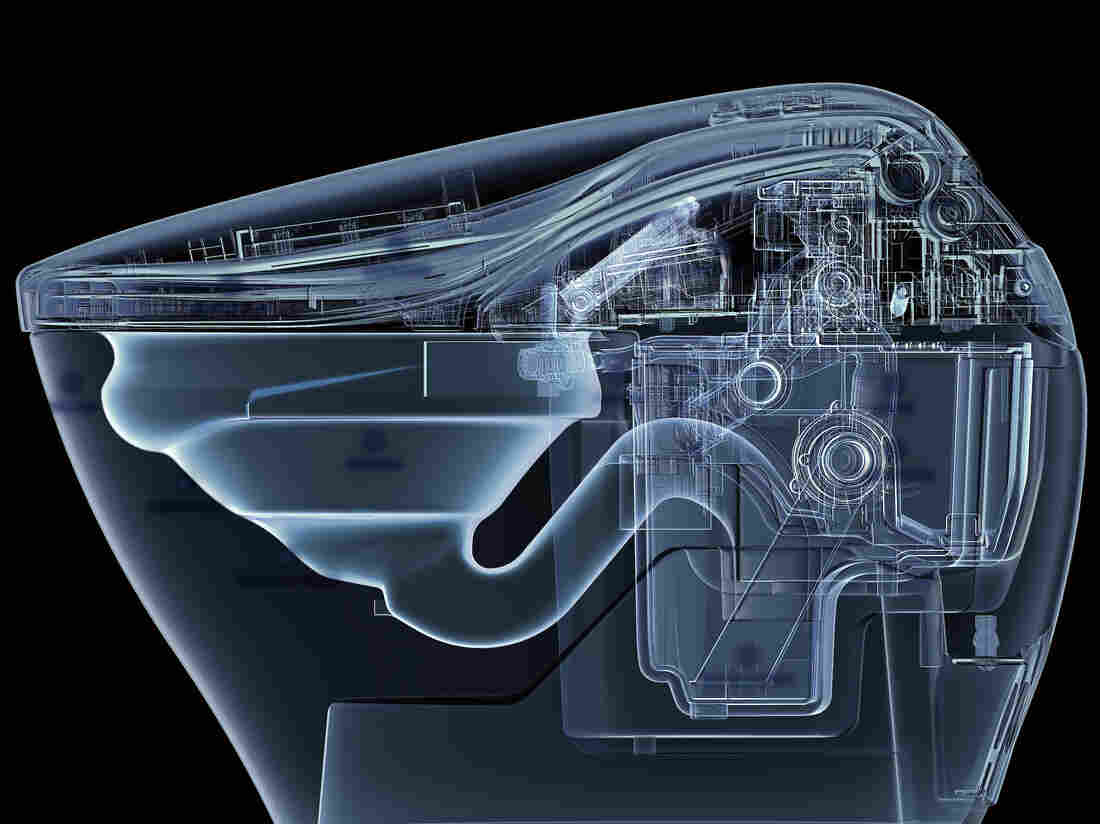 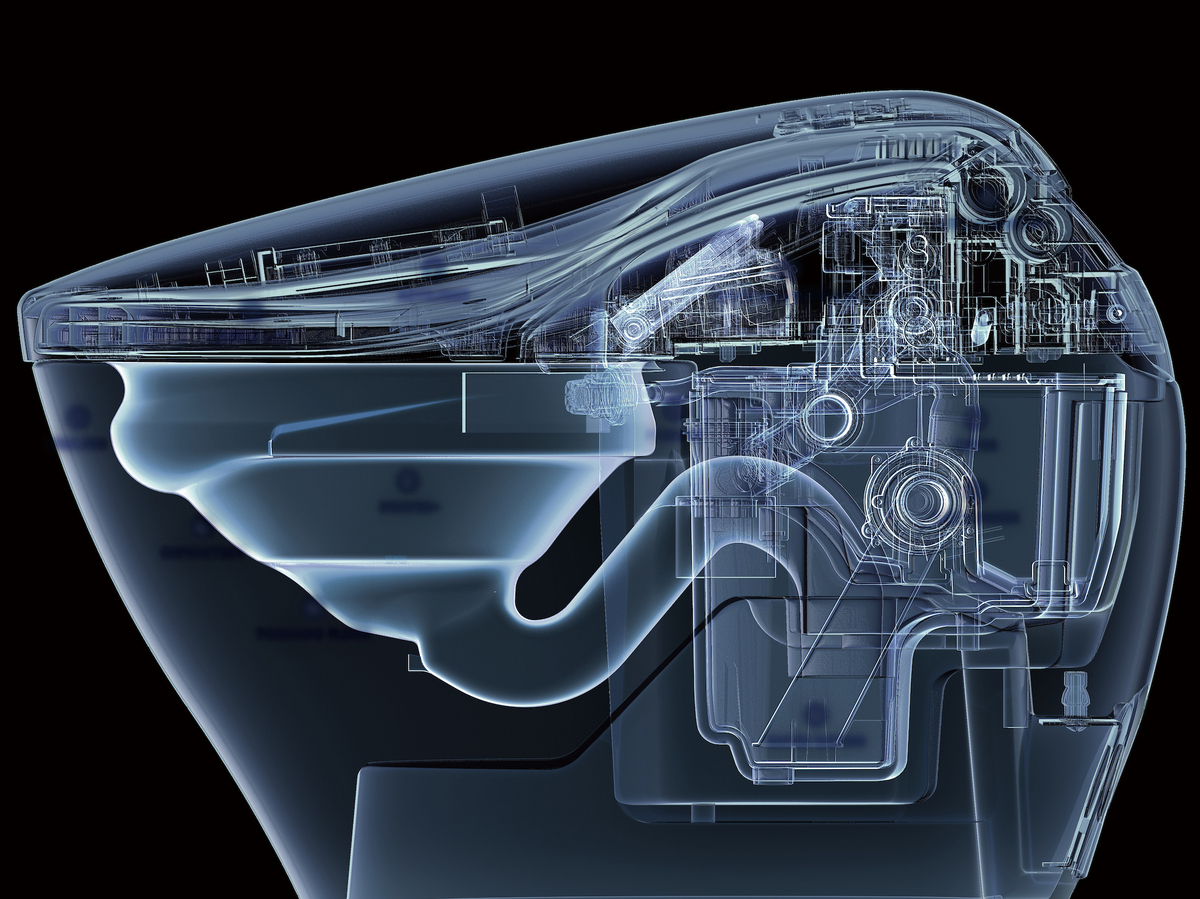 I just got back from my first trip to Japan, and I'm now in love with the country. The ramen, yakitori and sushi. The gorgeous volcanoes. The fascinating people and culture. But of all the things I fell in love with, there's one that I can't stop thinking about: the toilets.

Japanese toilets are marvels of technological innovation. They have integrated bidets, which squirt water to clean your private parts. They have dryers and heated seats. They use water efficiently, clean themselves and deodorize the air, so bathrooms actually smell good. They have white noise machines, so you can fill your stall with the sound of rain for relaxation and privacy. Some even have built-in night lights and music players. It's all customizable and controlled by electronic buttons on a panel next to your seat.

In Japan, these high-tech toilets are everywhere: hotels, restaurants, bus stations, rest stops and around 80% of homes. It's glorious. Then, I come back to the United States, and our toilets are stuck in the age of dirty coal mines and the horse and buggy. They basically have one feature: flush. No heated seats. No nice smells and sounds. No sanitizing blasts of liquid. It's like cleaning your dishes without water. It's gross. And it got me thinking: Why can't we have high-tech toilets too?

Most of the toilets in Japan are made by a company called Toto, which started the high-tech toilet revolution in 1980 when it unveiled the Washlet, a first-of-its-kind electric toilet seat with an integrated bidet. Toto has been innovating on the design ever since. So I reached out to the company. It put me in touch with Bill Strang, the president of corporate strategy and e-commerce at Toto USA. 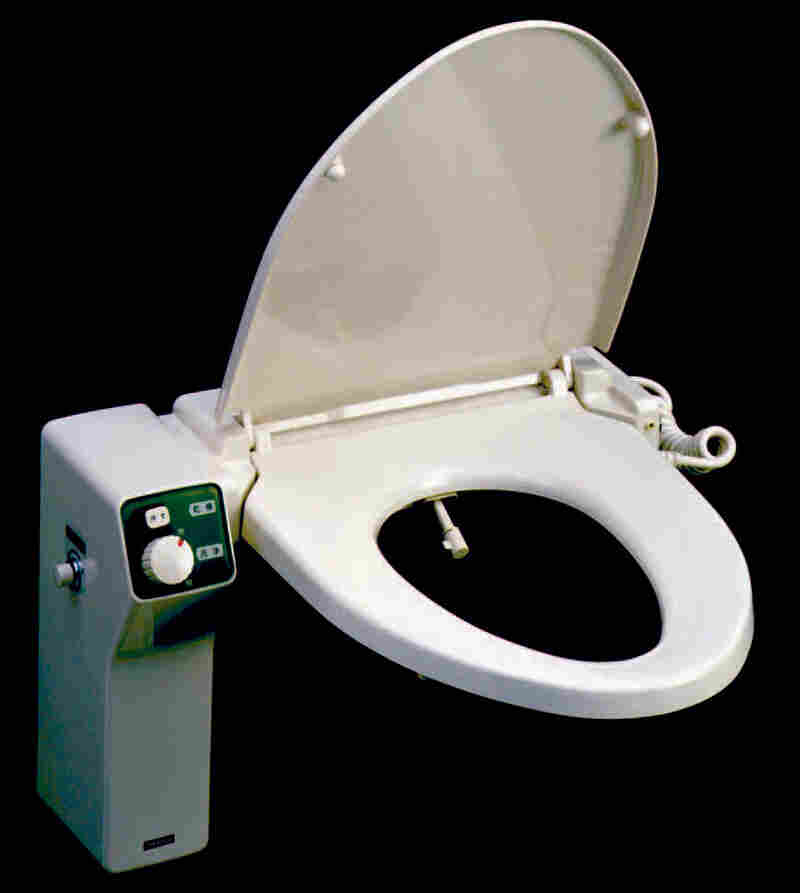 "U.S. toilets are effectively bedpans with a drain," says Strang. Strang is originally from the Midwest, and he joined Toto 17 years ago. That's when he had his first experience with the Washlet bidet, and it was much like mine. It began with "apprehension, a little bit of angst," he says. But then he pushed the spray button and had a joyous sensation. The bathroom would never be the same.

The Washlet has been for sale in the U.S. since 1990, but it never took off. While Toto has found success with its traditional porcelain products (and manufactures them in the U.S. and Mexico), the Washlet remains a novelty, found mostly at some high-end hotels, showrooms and Japanese restaurants.

Economists spend a lot of time analyzing how and why technology spreads from one place to another. They call it "technology diffusion." One study looked at the spread of 20 technologies across 161 countries over the last 140 years, and it found evidence that geographic distance significantly slows the spread of new gadgets. It fits with the pattern we see with high-tech toilets. Strang says that after Japan, high-tech toilets have mostly spread to nations along the Pacific Rim.

But the speed of technology dispersion has sped up significantly in the modern era. Another study found that the spread of technologies developed after 1925 has been three times faster than the spread of those developed before 1925. That makes sense, with modern transportation and communication and all. But it has been many decades since the dawn of the new toilet era in Japan, and we are still mostly sitting on old-fashioned porcelain here. "Sometimes a technology never diffuses in a given country, even if it is superior to existing technologies," says Dartmouth College economist Diego Comin, who co-authored the study.

In the end, the biggest barrier to the toilet revolution is probably not distance but cultural mores. The Japanese, Strang says, highly prize bathing, hygiene and cleanliness. When I was in Tokyo and Sapporo, it was common to see Japanese people wearing masks to prevent the spread of germs. When you go out to dinner there, you're often given a hot, moist towel or wet wipe so your hands are clean before you eat. The streets and subways are spotless, and hand-sanitizing dispensers are everywhere. It felt much different from back home.

For the last five years, Strang says, Toto has been featuring its technological innovations at the Consumer Electronics Show, and they've made a splash. The company showcased products such as its glistening Neorest NX2 dual flush toilet. It's got the standard bidet, a dryer and a heated seat with temperature control. But it also has a "tornado flush system," a "bacteria-neutralizing ultraviolet light," a "titanium dioxide-fired toilet bowl," a remote control, a toilet seat that automatically opens and closes and an air deodorizer. It costs $17,300. Other Toto toilets and seats cost much less, but the lofty price of Japanese-style toilets are another reason that they might not be catching on.

Comin says he has considered buying a Japanese-style toilet, but, he adds, "they are so darn expensive." He believes getting Americans to embrace them would require "significant investments to educate the public about the new product, marketing (for example, a commercial with George Clooney using a Japanese toilet) and bringing down the price by mass producing."

But Strang remains optimistic about the future of toilets in America. "There hasn't been a demand for this type of product in the United States," Strang says. "But there wasn't a demand for Steve Jobs to make a product called the iPhone."