Accessibility links
Are High Mask Prices The Problem Or The Solution? : Planet Money As fears of coronavirus spread, so does price gouging for masks, which are in limited supply. 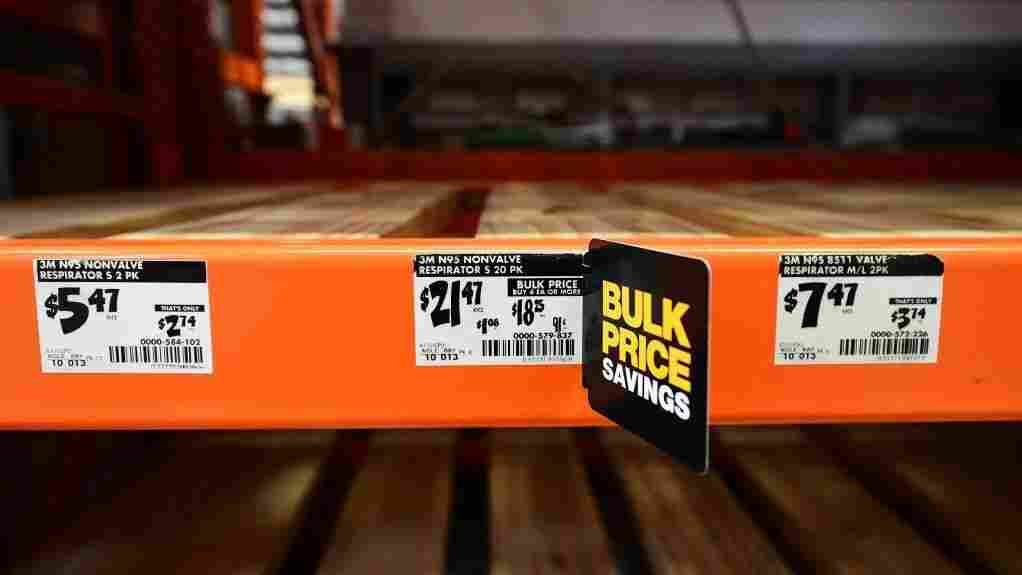 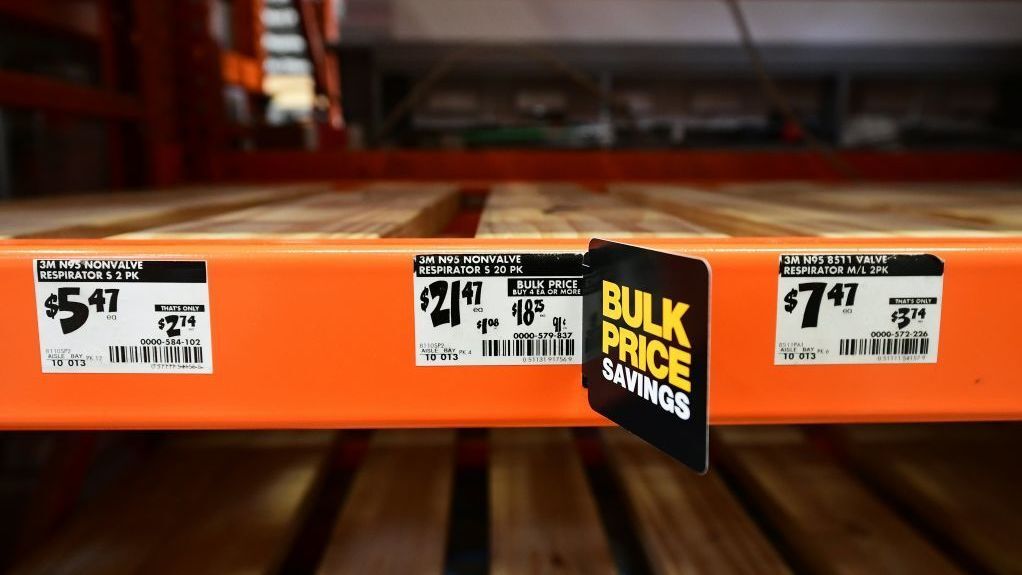 Last month, Daniel Tamasi, an IT manager in St. Louis, Missouri, decided he wanted to take some extra precautions against coronavirus. He has a two-year old, and he and his wife are expecting, so he started searching online for masks to protect his family. "I thought it was going to be my usual two-to-three minute Amazon search and, you know, I'd be done with it," he says.

He quickly found out that Amazon didn't offer its standard, two-day shipping for Prime members like him. In fact, the earliest he could find a delivery was about a month out. "So I went to the online stores of basically every major pharmacy — CVS, Walgreens, Target, and those sort of places — and they were all out of stock." Next he tried brick-and-mortar retailers around St. Louis. Still no luck.

Finally, Tamasi turned to eBay. He searched for masks there, and they were crazy expensive. The cheapest masks he could find on eBay, he says, were about four times their typical sticker price.

Around the world, people like Tamasi are scrambling for masks, and prices are rising. According to online price tracker Keepa, a 30-pack of 3M's popular N95 mask was selling on Amazon for $199.95 last Tuesday. Normally, it's about 15 bucks. According to Nielsen, a retail tracker, sales of medical masks have seen a 319% surge in national sales over the last month compared to the same time last year. And manufacturers are struggling to supply the demand.

For economists like George Mason's Tyler Cowen, this is all the sign of a properly functioning market. Higher prices are the market's way of screaming: We need more masks! "The normal economic view is that prices should be left free to make supply and demand equal," Cowen says.

Higher mask prices, he says, have at least two benefits. One is that people who need them the most are more likely to get them. At this moment, the CDC only recommends masks for medical professionals, and hospitals are running out. Those in the medical field, Cowen says, "are the ones willing to pay the most," and higher prices might cut down on frivolous buying by the general public. Higher prices are also a signal to manufacturers to make more masks.

There are obviously downsides to higher prices. Merchants are profiteering on fear, and higher prices mean only the more affluent can afford masks. "There is a genuine, legitimate fairness concern," Cowen says.

A majority of states around the country have laws against price gouging. California's, for example, forbids raising prices by more than ten percent if the governor has declared an emergency. We found no reports yet of these laws being applied to masks. According to most economists, setting a ceiling on mask prices would only add to the problem: "If you keep the price artificially low, there ends up being a shortage, not enough in the market," says Cowen.

It's not just politicians who are concerned about the optics of price gouging. Amazon, for example, has a policy urging "fair pricing." In recent weeks, it's told some sellers of masks on its marketplace that they could be suspended if they jack up their prices too much. "There is no place for price gouging on Amazon," says a company spokesperson. "We are disappointed that bad actors are attempting to artificially raise prices on basic need products during a global health crisis and, in line with our long-standing policy, have recently blocked or removed tens of thousands of offers."

Amazon's policy might seem strange, considering it's a profit-hungry corporation that uses fancy algorithms to increase prices all the time. But a famous study by Daniel Kahneman, Jack Knetsch, and Richard Thaler suggests profiteering during a calamity could hurt a company's bottom line if it results in long-lasting damage to their reputation. "Uber learned this the hard way," Thaler says, pointing to the PR damage inflicted by its use of surge pricing during Hurricane Sandy.

"Amazon doesn't want people to resent it," Cowen says. "Masks are a very small share of their overall business, but if people get upset at Amazon, the whole company could be worth less." In other words, Amazon has an economic interest in not appearing cold-hearted in times like this. For Cowen, the solution to the mask shortage is letting the market set the price. "Arguably, it would be better for the country and the world to let the price of the masks go higher. But Amazon is selfishly preserving its reputation."

As for Daniel Tamasi, he ended up getting his masks. He paid $50 for a box. But they were the wrong masks! "I later found out that these might not actually be super effective against coronavirus," he says. He did not get an N95 respirator mask, which has a close facial fit and blocks around 95 percent of airborne particles. The CDC recommends using an N95 or higher level respirator mask to prevent the spread of coronavirus, but, again, this recommendation is currently only for health professionals. On Saturday, the U.S. Surgeon General Jerome Adams put it bluntly on Twitter: "Seriously people — STOP BUYING MASKS!"