Accessibility links
Why Is The Fed Sending Billions Of Dollars All Over The World? : Planet Money As COVID-19 causes a global meltdown, the world turns to the U.S. Federal Reserve. 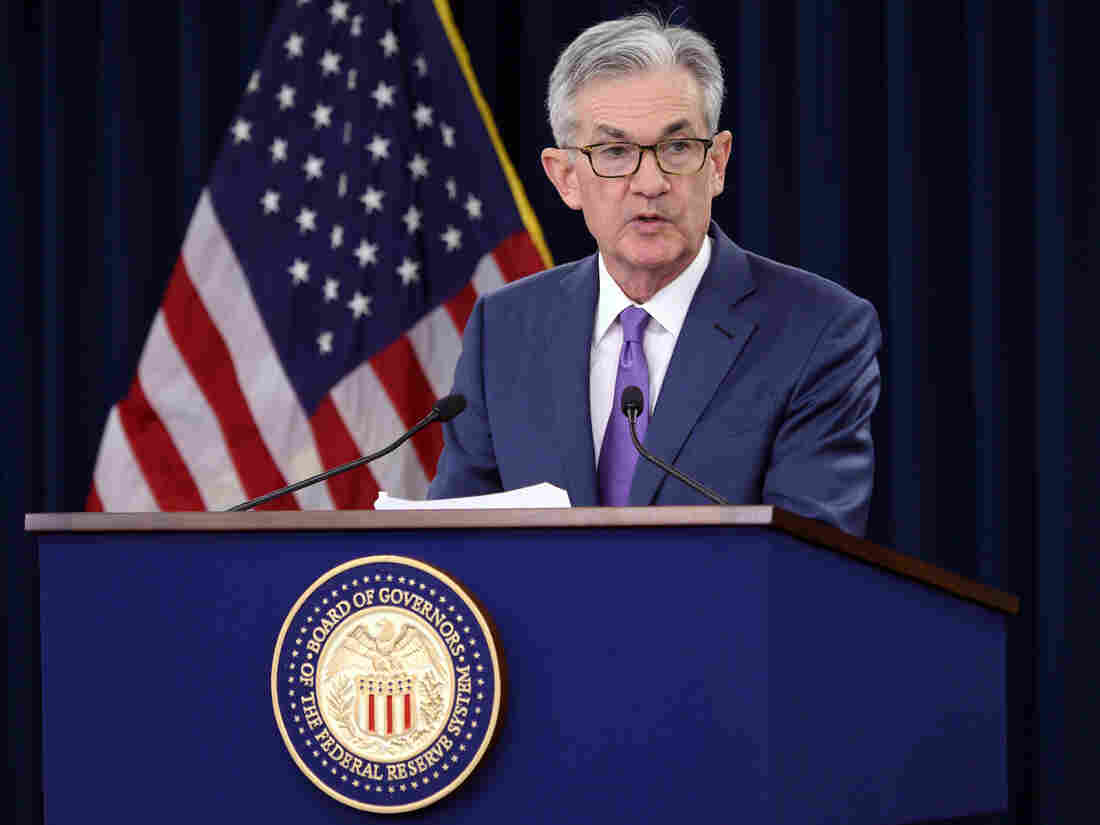 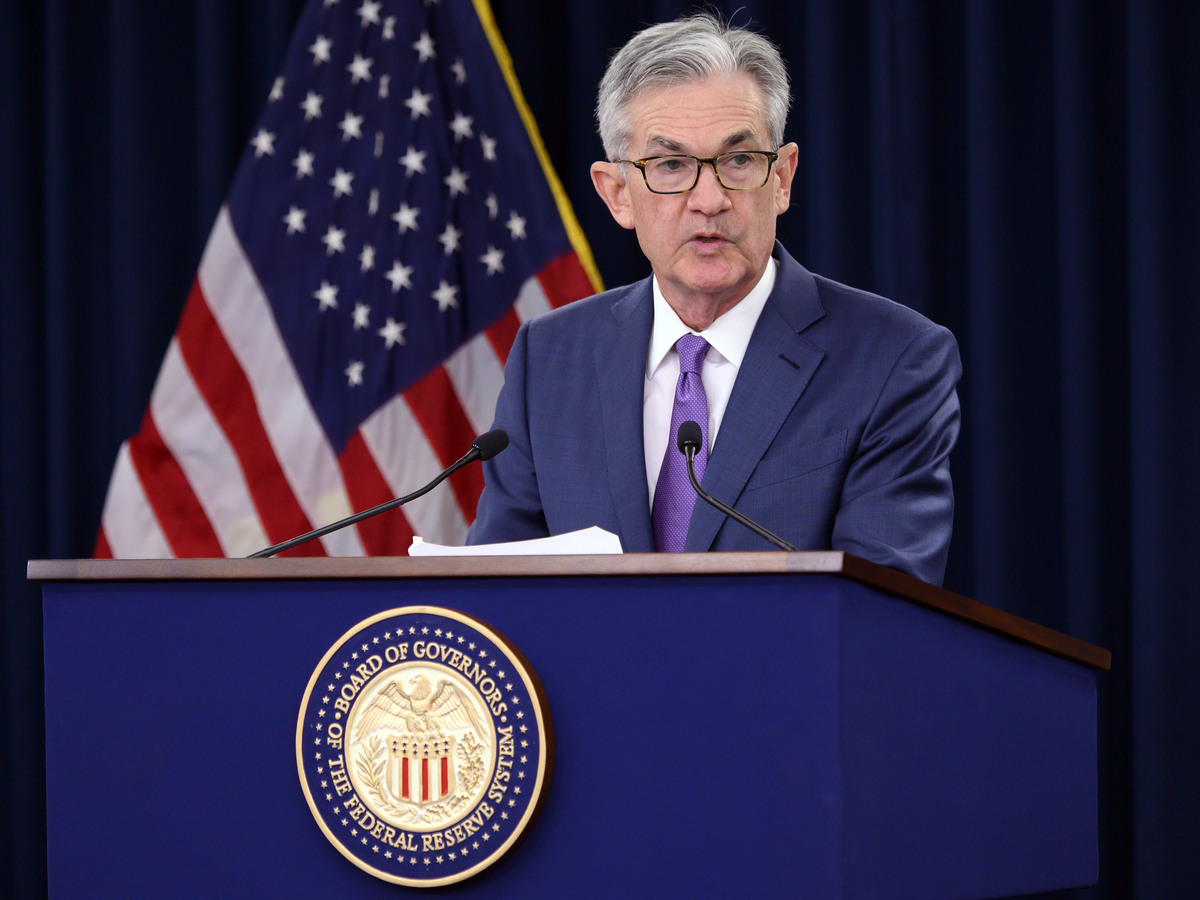 As the global economy shuts down, the U.S. Federal Reserve has begun sending billions of dollars to central banks all over the world. Last month, it opened up 14 "swap lines" to nations such as Australia, Japan, Mexico, and Norway. A "swap line" is like an emergency pipeline of dollars to countries that need them. The dollars are "swapped," i.e., traded for the other country's currency. The Fed has also started allowing around 170 foreign central banks that hold U.S. Treasury bonds to temporarily exchange them for dollars.

Sending billions of dollars abroad in the middle of a historic economic crisis might seem crazy: As America's economy crumbles, why are we moving our precious dollars *out* of the country?

The answer has to do with the Fed's unique position in the global economy. Dollars are the lynchpin of global trade. International loans, debts, and bank transactions are largely done with dollars. Foreign central banks need dollars to stabilize their financial systems. The dollar isn't just America's money. It's the world's money. It's why when the COVID-19 crisis hit, there was a record-breaking rush to get dollars around the globe. And the Fed is the only institution with the power to print them.

Asked whether there were any constraints on how many dollars the Fed could create, Fed chairman Jerome Powell recently said "there's no limit" except, basically, how much Washington wants. Economists call this power — and the luxuries that come with it — the "exorbitant privilege." It's a privilege because as the globe begs and pleads for dollars to pay their dollar-denominated debts and buy vital goods across their borders, America has control over who gets what and when.

It's also a privilege because even as the federal government racks up historic deficits, America still sees a huge demand for dollars and dollar-backed Treasury bonds, allowing it to issue seemingly unlimited amounts of debt at low interest rates to help pay for all that spending. "The fact that our debt is in our own currency prevents panics," says Harvard economist Kenneth Rogoff. "We are in a very fortunate position."

In opening up these swap lines, the Fed is behaving kinda like it's the central bank to the world. But this isn't altruism. These pipelines of dollars to important trading partners ultimately serve the American economy. The US needs world trade, too. That's why, for the second time this century, the Fed is enabling the swaps, allowing other countries to access the Fed's limitless reserve of dollars as though they were American banks in need of a loan.

The Fed is selective about who gets access to the swap lines. Not surprisingly, countries like Russia, Iran, and China don't get them. And only four emerging markets — South Korea, Mexico, Singapore, and Brazil — do get them. The "swapped" loans are super short and almost riskless, not the type of longer-term development assistance loans typically given by the IMF and World Bank.

"With a privilege comes responsibility, and our responsibility is now to provide dollars that the global economy needs to stabilize the economy and eventually begin growing again," says Barry Eichengreen, an economist at UC Berkeley. The Fed, he says, has "taken a step in the direction of acknowledging its exorbitant responsibility, but it needs to do more and provide dollar swap lines to more countries in distress."

Doing all this isn't easy, and the Fed is in an awkward position politically. It's a creature of Congress, which gave it the dual mandate of ensuring price stability and low unemployment in America. It's accountable to American voters. And, during a time of rising isolationism, American politicians aren't exactly clamoring for the Fed to print extra dollars to avert catastrophes overseas.

The Princeton economist Alan Blinder, who is a former Vice Chairman of the Federal Reserve, says he personally thinks more swap lines are a good idea, but that "it would be very hard politically for the Fed to sell the idea that they should establish swap lines with a whole bunch of poor countries." Moreover, he says, they would fall way short of providing the type of resources these countries need.

The developing world needs more than just short-term swaps of currency to avert what could become a humanitarian catastrophe. They need long-term loans, grants, and debt relief. And, for that, the burden falls mostly on the IMF, the World Bank, and elected officials in rich countries. Last week, there was small progress on this front. But there is still much to do.

These swap lines and lending facilities are all kinda shrouded in the mysterious and confusing language of central bankers, which is probably why many people haven't been paying attention. But to some, like historian Adam Tooze, the Fed accepting its position as a de facto global lender of last resort has represented something like a revolution in the world's financial system.