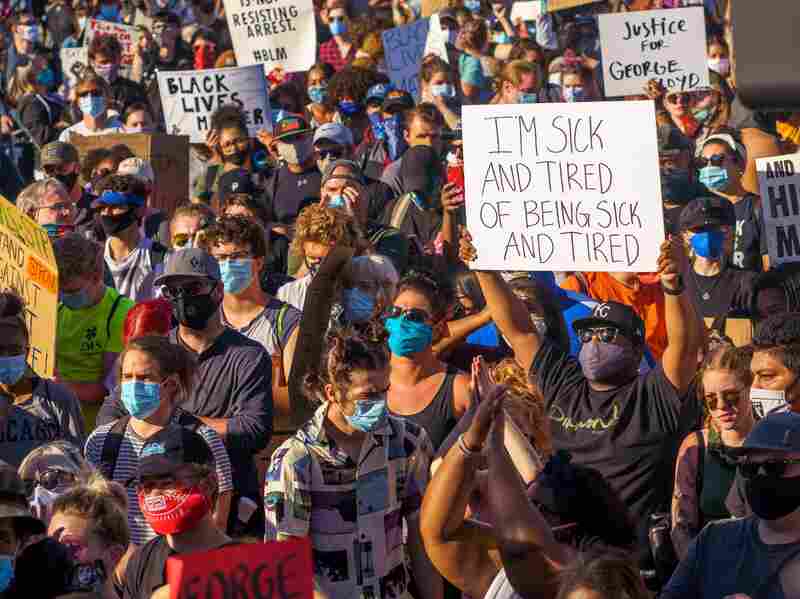 Protesters hold signs during a demonstration in a call for justice for George Floyd who died while in custody of the Minneapolis police, on May 30, 2020 by the 5th police precinct in Minneapolis, Minnesota. Kerem Yucel/AFP via Getty Images hide caption 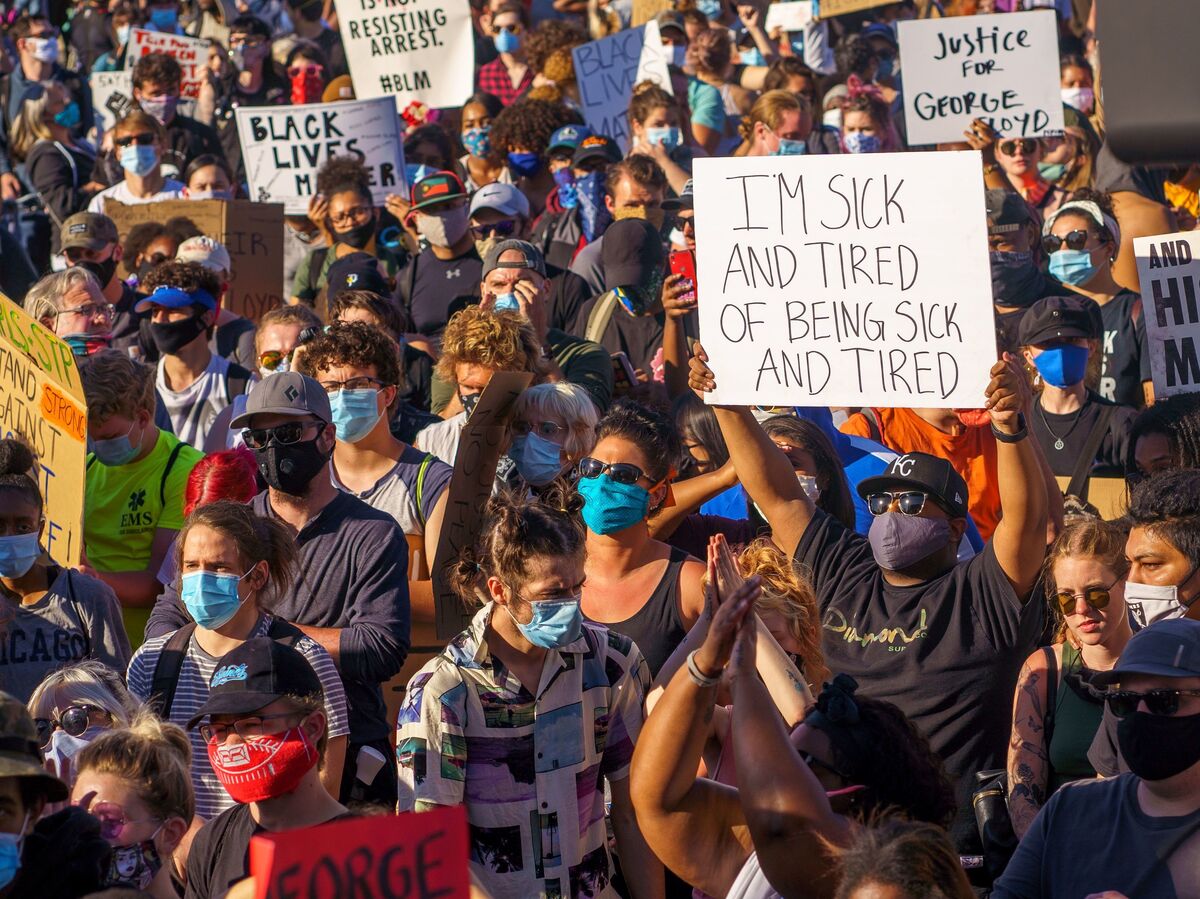 Protesters hold signs during a demonstration in a call for justice for George Floyd who died while in custody of the Minneapolis police, on May 30, 2020 by the 5th police precinct in Minneapolis, Minnesota.

Last week, we shared findings showing how the COVID-19 crisis is making racial inequality worse. Since we published that newsletter, protests erupted in Minneapolis and spread throughout the nation — with marchers shouting "I can't breathe," the dying words of George Floyd, who was seen in a video with the knee of a Minneapolis police officer on his neck.

So, about Minneapolis... we found it, and the Twin Cities area more generally, has some of the most abysmal numbers on racial inequality in the nation. Here is a snapshot:

+ The median black family in the Twin Cities area earns $38,178 a year — which is less than half of the median white family income of $84,459 a year. This income inequality gap is one of the largest in the nation; only nearby Milwaukee, Wisconsin is worse. The state of Minnesota as a whole has the second biggest income inequality gap between blacks and whites in the entire nation; only the District of Columbia is worse.

+ While about three-quarters of white families in the Twin Cities own homes, only about one-quarter of black families do. The area had a long history where "racial covenants" made it hard for blacks to become homebuyers and live in white neighborhoods.

+ In 2019, the incarceration rate of blacks in the Twin Cities area was 11 times that of whites.

+ The state of Minnesota has one of the nation's worst education achievement gaps between blacks and whites. In 2019, it ranked 50th when it comes to racial disparities in high school graduation rates.

These data aren't about police bias directly. Instead, they are the persistent, troubling numbers that sit underneath the rising sense of unfairness, frustration, desperation and anger that we've seen over the last week. Keep in mind all these numbers were a snapshot of the situation *before* the economic collapse.

Special thanks to Timothy O'Neill and the Minnesota Department of Employment and Economic Development for helping us dig through the numbers.