Accessibility links
What Is The Stock Market Trying To Tell Us? : Planet Money Despite turmoil in the real economy, the stock market spent months surging. That is, until recently. We speak with a Nobel laureate about what might be happening.

What Is The Stock Market Trying To Tell Us?

What Is The Stock Market Trying To Tell Us? 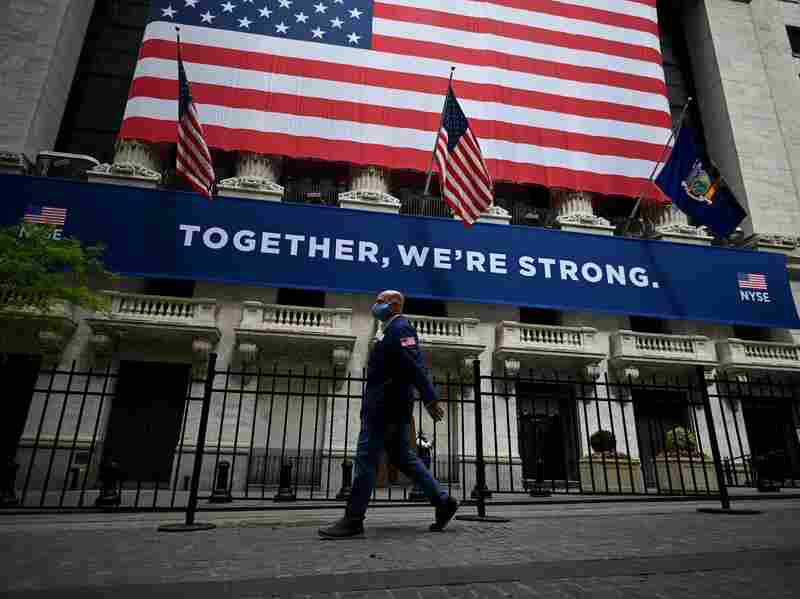 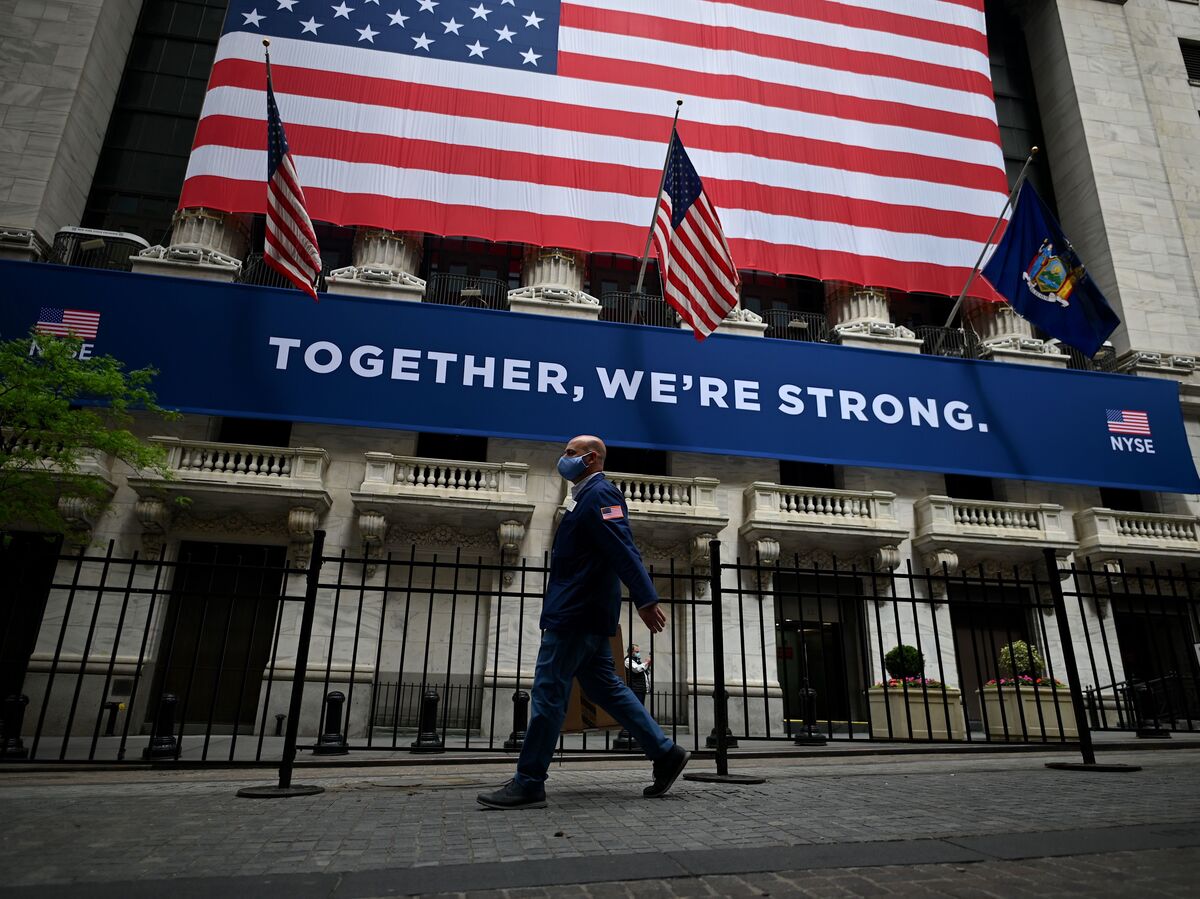 The United States has been grappling with a global pandemic, an economic meltdown and massive protests — and yet, until recently, the stock market basically shrugged it all off. Between March 23 and late last week, the market surged 45%, erasing the drop it had seen at the start of the pandemic. That is, until last week, when apparently the market rediscovered that there's a freaking pandemic still going on. Public health experts have been warning for months now about the dangers of reopening without a solid plan for testing and tracing. But they're just uptight nerds, right?

Economists consider the stock market a "leading indicator" of the economy, meaning it often signals where the real economy is headed. But it's a notoriously faulty signal. The MIT economist Paul Samuelson famously joked that big drops of the stock market had predicted nine out of the last five recessions.

No one has hard evidence to explain why there seems to be a disconnect between the stock market and the broader economy right now. The best we can do is tell stories about the mass psychology of a gazillion buyers and sellers, who each are telling themselves their own stories about why they're making the trades they're making. That's a central insight from a new book called Narrative Economics by the Nobel Prize-winning economist Robert Shiller. 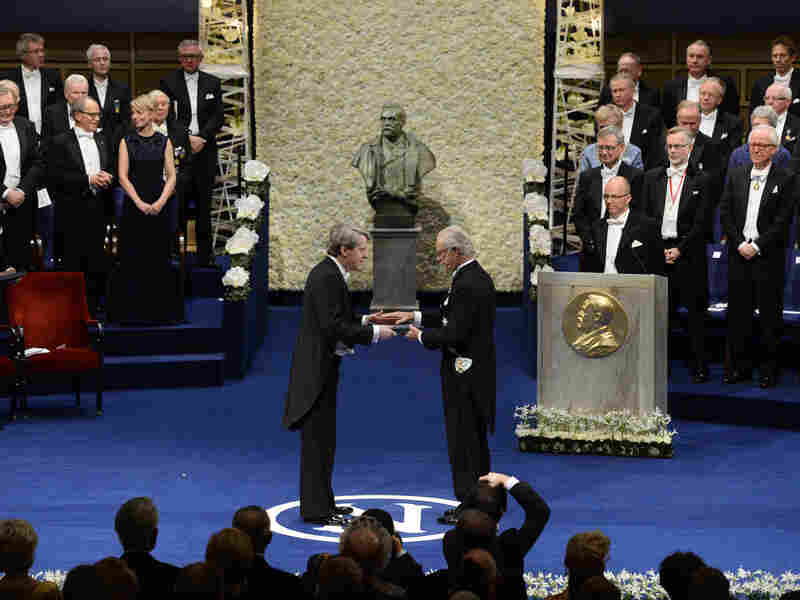 Shiller says we've seen this head-scratching disconnect between the stock market and the real economy before. Despite the mass unemployment and turmoil of the Great Depression, he says, "we had a huge boom in the stock market from 1933 to 1937."

We talked with Shiller late last week about some of the narratives being told about why the stock market has, at least until recently, shaken off the pandemic. Here are some of them:

The "perfect storm of stupid" theory

Basically, Americans are super-bored. They're at home. Sports are canceled. The kids are screaming. The casinos are closed. And around 800,000 additional people have decided to plop down money on the biggest roulette table of them all: the stock market. Bloomberg columnist Matt Levine calls it "the boredom markets hypothesis." Business Insider columnist Linette Lopez calls it the "perfect storm of stupid." Shiller didn't shoot this theory down. "This is just speculation," Shiller says, "but it seems like people want to do something."

The stock market represents only a fraction of the economy: publicly traded corporations. While restaurants, mom-and-pop shops and other small businesses have clearly been hammered, the majority of them are not listed on the stock market.

Meanwhile, Facebook, Amazon, Apple, Netflix and Google represent about 20% of the value of the S&P 500, and they've been making out pretty well during the pandemic.

Corporate America has also been getting a boost from the Federal Reserve, which is buying trillions of dollars in corporate bonds to stimulate the economy.

This theory says the Fed is using its unlimited money-printing machine to single-handedly prop up the stock market. "The Fed is itself an important narrative," Shiller says. In reality, he says, the Fed's magic over the real economy is limited. But its statements clearly move markets, and it has lots of power as a storyteller.

"I think the fear of missing out is a prominent thing amongst investors," Shiller says. Time and time again, the stock market has tanked and then rebounded, and investors have been conditioned to put their money in even when things look bad.

Then there is the "there is no alternative" theory, aka TINA. It basically says that with interest rates so low, stocks are the only moneymaking game in town. Economist Paul Krugman has floated a version of this. And Shiller thinks it's plausible. "You have to put your money somewhere," he says.

Related to the TINA theory is a theory known as secular stagnation. Economists have been telling us about this issue for years. Basically, the economy has slowed, resulting in fewer good investment opportunities. Meanwhile, people and institutions have a crapload of savings and nowhere to put it. It explains why interest rates have been so low (read our newsletter about it here). And it might explain why stock prices have been so high.

The efficient market theory has captivated generations of economists. It paints the stock market as a supermachine for information processing, where knowledge about the happenings of the world are aggregated by brainiac investors who rationally buy and sell stocks based on the best information about their future performance. The theory basically says stock prices are always right.

Under this theory, the rally of the stock market over the last few months reflected rational investors seeing signs that the pandemic wouldn't be too bad and that the recovery was going to be really good.

Shiller is famously critical of the efficient market theory. He's a behavioral economist who believes we're not the perfectly rational creatures that the theory assumes. Instead, he believes, we're prone to all sorts of quirks and cognitive biases, and we're influenced by narratives that may — or may not — have a good relationship to what's actually happening. This, he believes, matters for assessing the stock market.

Instead of a rational assessment of the pandemic and its future effects on the economy, Shiller sees potentially "wishful-thinking bias in people's thinking" over the last few months. He says, "If a politician tells you it's time to reopen and the epidemiologist is skeptical, maybe the politician will win out because he's a better storyteller."

It might explain why markets were rattled when the thing that public health experts have been warning about for months — a spike in COVID-19 cases if we reopened without a solid testing and tracing plan — actually happened. Or maybe this recent turbulence is a blip, and the boom on the stock market over the last couple of months is a signal that we're headed for a recovery. We don't know.