Accessibility links
Why Reopening Isn't Enough To Save The Economy : Planet Money A blockbuster new study digs into the economics of the pandemic. 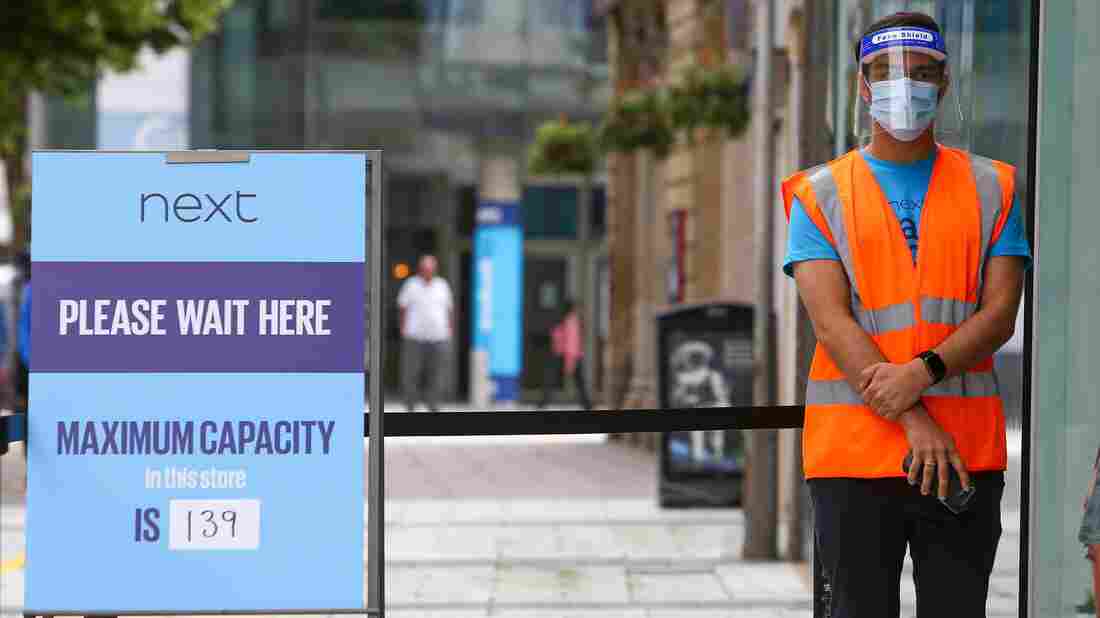 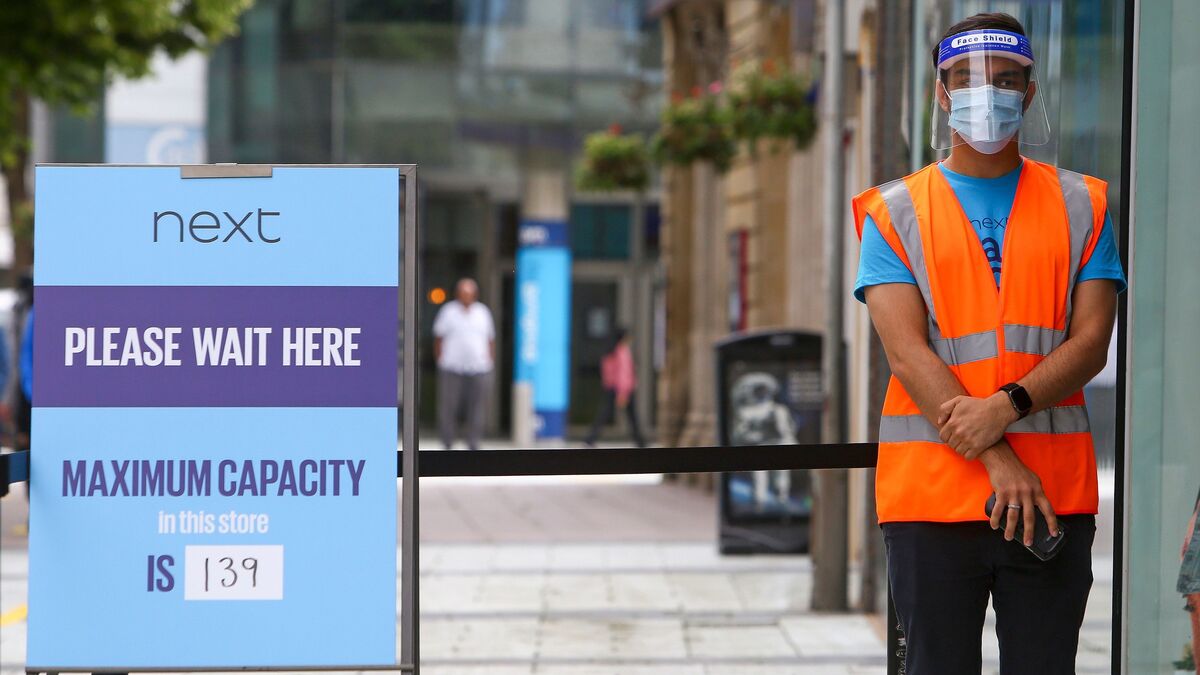 Brooklyn Heights sits across the East River from Lower Manhattan. It's filled with multimillion-dollar brownstones and — usually — Range Rovers, Teslas and BMWs. These days it's easy to find parking. The brownstones are mostly dark at night. The place is a ghost town. And the neighborhood's sushi restaurants, Pilates studios, bistros and wine bars are either closed or mostly empty. It's a microcosm for what has been the driver of the pandemic recession: Rich people have stopped going out, destroying millions of jobs.

That's one of the key insights of a blockbuster study that was dropped late last week by a gang of economists led by Harvard University's Raj Chetty. If you don't know who Chetty is, he's sort of like the Michael Jordan of policy wonks. He's a star economist. He and his colleagues assemble and crunch massive data sets and deliver insights that regularly shift core economic debates about inequality and opportunity. This new study focuses on the economic impact of COVID-19 and the government response. To us nerds, this is like Game 7 of the NBA Finals, and Chetty just swooped in at a crucial moment to drop some threes. 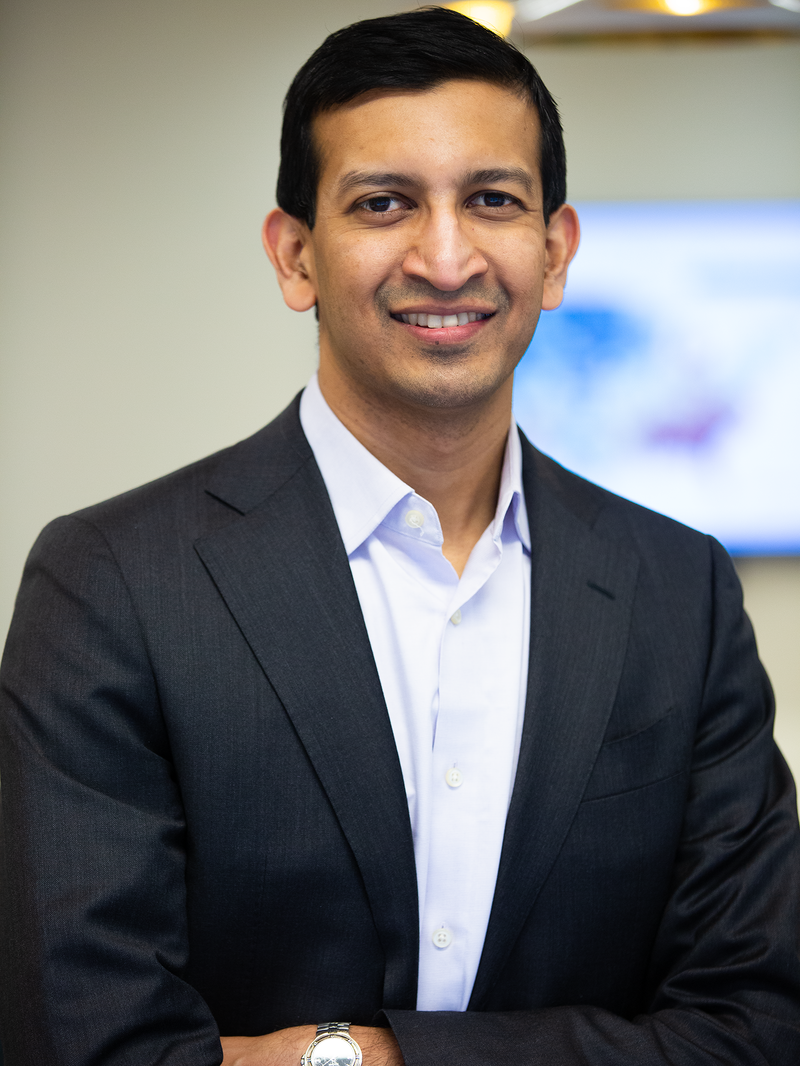 On the day the study came out, Chetty participated in a Zoom webinar sponsored by Princeton University's Bendheim Center for Finance. Dressed in a white-collared shirt with bookshelves as his background, Chetty took us all through the study. The data? Good lord. They've assembled several gigantic new data sets from private companies, including credit and debit card processors and national payroll companies. The data are all freely available online, updated in real time and presented in an easily digestible form. Chetty and his team have crunched it all to give some precise insights about consumer spending, jobs and the geographic impact of the crisis. The study represents an advance for economics as a science, and it has got some bombshells.

First up, consumer spending. Typically, Chetty said, recessions are driven by a drop in spending on durable goods, like refrigerators, automobiles and computers. This recession is different. It's driven primarily by a decline in spending at restaurants, hotels, bars and other service establishments that require in-person contact. We kinda already knew that. But what the team's data show is that this decline in spending is mostly in rich ZIP codes, whose businesses saw a 70% drop-off in their revenue. That compares with a 30% drop in revenue for businesses in poorer ZIP codes.

Second, jobs. This 70% fall in revenue at businesses in rich ZIP codes led those businesses to lay off nearly 70% of their employees. These employees are mostly low-wage workers. Businesses in poorer ZIP codes laid off about 30% of their employees. The bottom line, Chetty said in his presentation, is that "reductions in spending by the rich have led to loss in jobs mostly for low-income individuals working in affluent areas."

Third, the government rescue effort. They find it has mostly failed. The $500 billion Paycheck Protection Program, which has given forgivable loans to businesses with fewer than 500 employees, doesn't appear to have done much to save jobs. When the researchers compare the employment trends of businesses with fewer than 500 employees with those with more, the smaller businesses eligible for PPP don't see a relative boost after the program went into effect. It looks like the program didn't do its job of saving jobs. Meanwhile, the stimulus checks, while increasing spending, did not have much stimulative effect because the spending mostly flowed to big companies like Amazon and Walmart. The money didn't flow to the rich ZIP code, in-person service businesses most affected by the downturn. Overall, the federal rescue package, they find, has failed to rescue the businesses and jobs getting hammered most by the pandemic.

Finally, there are state-permitted reopenings: They don't seem to boost the economy either. Chetty and his team compare, for example, Minnesota and Wisconsin. Minnesota allowed reopening weeks before Wisconsin, but if you look at spending patterns in both states, Minnesota did not see any boost compared with Wisconsin after it reopened. "The fundamental reason that people seem to be spending less is not because of state-imposed restrictions," Chetty said. "It's because high-income folks are able to work remotely, are choosing to self-isolate and are being cautious given health concerns. And unless you fundamentally address that concern, I think there's limited capacity to restart the economy."

As long as rich people are scared of the virus, they won't go out and spend money, and workers in the service sector will continue to suffer. Low-income workers — especially those whose jobs focused on providing services in rich urban areas — are in for a period of turbulence. Many of these workers are getting a lifeline in the form of unemployment insurance, but some of these benefits will expire soon if the federal government doesn't act.

Economists have learned from previous shocks like this one that the labor market doesn't just easily adjust to them. Workers have a hard time moving and retraining. For example, after over a million manufacturing jobs evaporated in the Rust Belt with the explosion of Chinese imports in the early 2000s, people stayed in the places that lost jobs and failed to get new ones, and many of them, in despair, ended up turning to alcohol and opioids, with tragic results.

Chetty and his team conclude that the traditional tools of economic policy — tax cuts and spending increases to boost demand — won't save the army of the unemployed. Instead, they say we need public health efforts to restore safety and convince consumers that it's OK to start going out again. Until then, they argue, we need to extend unemployment benefits and provide assistance to help low-income workers who will continue to struggle in the pandemic economy.

Next month, the federally funded unemployment benefits passed by Congress to help Americans during the pandemic are set to expire. This groundbreaking study provides a strong case to Washington to think about extending them.