Accessibility links
Secret Gyms And The Economics Of Prohibition : Planet Money COVID-19 safeguards have created a black market for gyms. 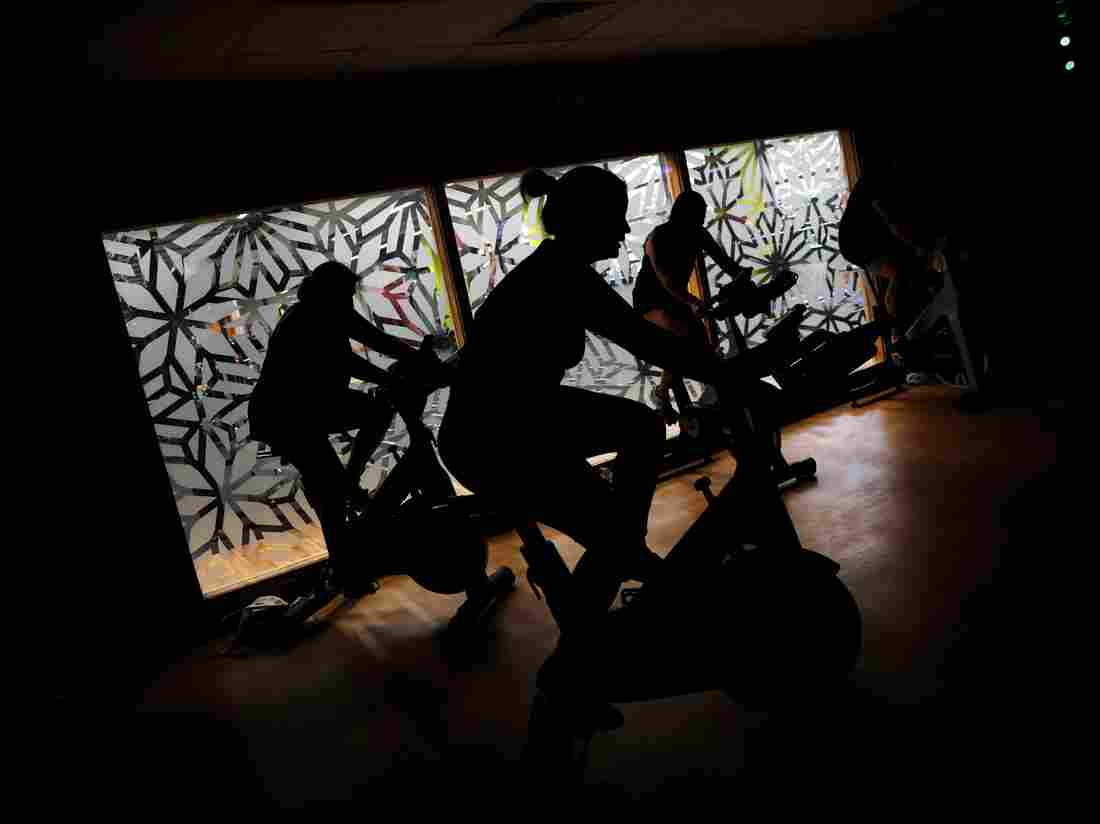 People are working out in the shadows. Adrian Dennis/AFP via Getty Images hide caption 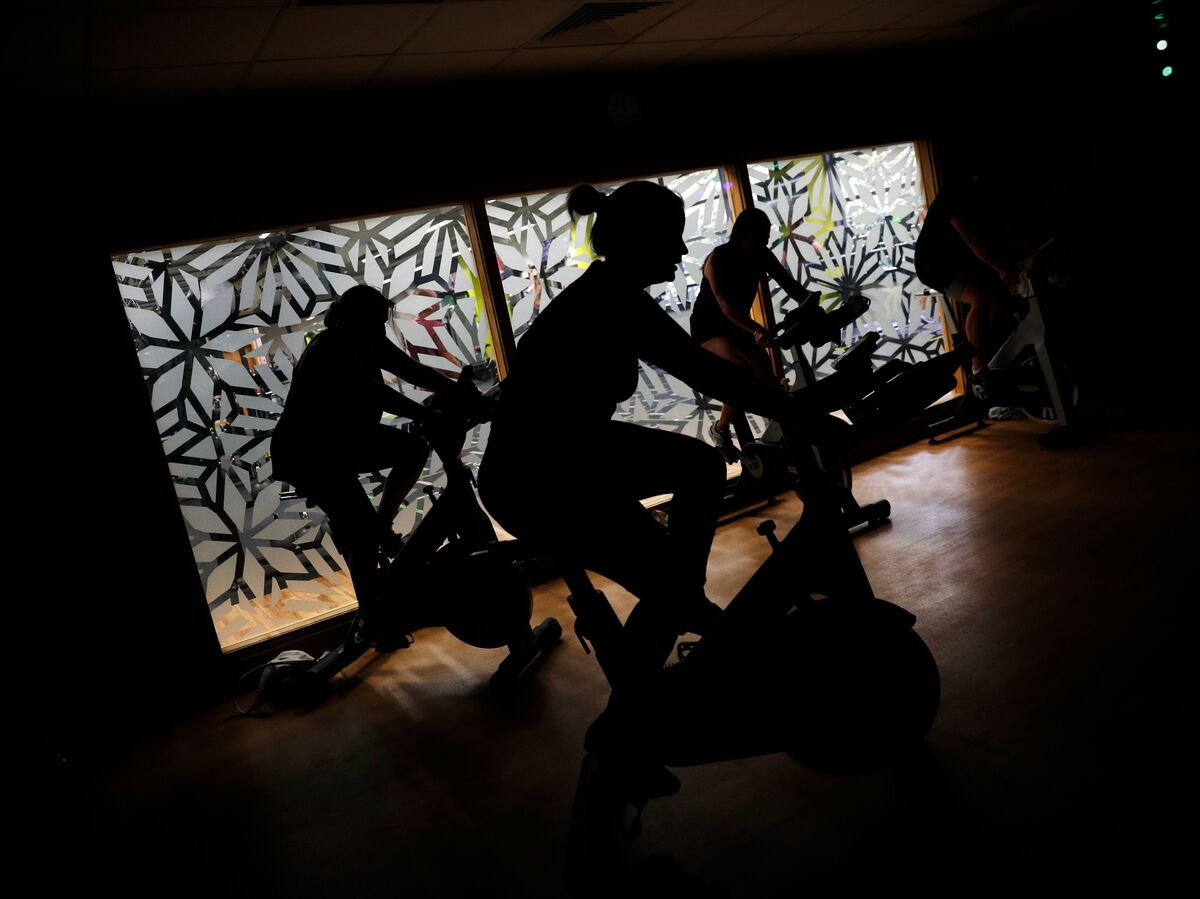 People are working out in the shadows.

My friend Evelyn is an immigration lawyer, and she recently had a meeting at a foreign consulate in downtown San Francisco. (Her work makes it hard for her to talk to reporters, so we're not using her last name). As she walked toward the building's metal detectors, the security guards told her she couldn't bring her backpack in, so she had to leave. She worried this would make her late, so she frantically began searching for a safe place to stash it. She walked down the street, and her eyes caught a gym storefront with one of those garage-style, roll-down metal doors. It was slightly open.

Evelyn ducked in under the door and noticed a guy in workout clothes conducting a training and a small group of other guys in the back using exercise machines. They looked "more lean, fancy fit than roidy, bro fit," she says. Evelyn was dressed in a work suit — you know, like the Feds — and startled everyone as she came in. She sheepishly explained she just needed a place to store her backpack, which put them at ease. But, with California outlawing indoor fitness centers during the pandemic, she also remarked she was surprised to see they were open.

"Oh, we're not open," said one of the trainers.

What Evelyn uncovered can only be described as a speakeasy gym. You know, illegal, hush hush, like the underground bars during the Prohibition era. These underground gyms appear to be popping up everywhere, from LA to New Jersey.

One fitness freak in Ann Arbor, Michigan, turned to Reddit to get their fix. "Anybody want a home gym partner or know of a speakeasy gym?" they asked — assuring readers in a follow-up post, "not a cop." "That is exactly what a cop would say," responded someone in the thread.

Welcome to the COVID-19 Prohibition era, when gym rats have gone underground.

Governments can legislate all they want, but prohibiting stuff with eager buyers and sellers is super hard, says Jeffrey Miron, an economist at Harvard University who has spent three decades studying prohibitions. Miron, who these days is legally working out in his basement, says there's a simple lesson that emerges from his studies: "Prohibitions don't eliminate things. They drive them underground." And that comes with a whole host of unintended consequences.

Take the case of Christina, a paralegal and gym enthusiast from Tucson, Arizona, who asked us not to give her last name for fear of being labeled a snitch. In mid-April, about two weeks after Arizona's governor shut everything down, she got a text from her gym's owner. She was a regular there, and the gym only had about 40-50 members, so she was friendly with him. He told her the gym was still open and she should come back.

Christina knew the gym was ignoring state orders. But, she says, "one of the few things that keeps me sane is going to the gym." She had tried to buy equipment for home, but she found it was either too expensive or impossible to obtain because everything was backordered. She's in her mid-thirties and fit and doesn't interact with high-risk populations, so she decided she was willing to take the risk and go back.

In late April, Christina drove to the strip mall where her gym resides for the first time in weeks. She used her fob to get in the gym's doors, and "there's over ten people there that I've never seen before in my life," she says. Her gym is tiny, about the size of a "one bedroom apartment," and this, she says, was over double the normal gym traffic.

"And these are the typical gym bros," she says. "And they're grunting and using all the equipment, taking selfies in the mirror, flexing their triceps. It's bizarre." The worst part, she says, is none of them was social distancing, wearing masks, or sanitizing their equipment.

This a textbook example of a classic unintended consequence of prohibition, Miron says. When markets get pushed underground, quality control tends to go down. In the case of drugs, this means potentially finding rat poison in your weed. When it comes to gyms in the COVID-19 era, it means potentially creating fitness environments that are even more likely to spread the virus than if they were legal and regulated. "When you drive something underground, your ability to regulate it goes away," Miron says.

Christina learned that these swole, maskless bros were refugees from big chain gyms like the YMCA and Planet Fitness, which had followed state orders and closed. The bros had somehow learned that there was still a gym open in town. In just a few weeks, Christina learned, the gym had more than doubled its membership. And, as the owner later told her, the gym was charging them all a higher membership rate.

Higher prices are another classic unintended consequence of prohibition. With less competition and higher risks in black markets, entrepreneurs can charge extra. The money-making opportunities of black markets lead to other classic side effects of prohibition: violence and corruption. "Disputes tend to be resolved violently because the participants in an underground market can't sue each other in state or federal courts," Miron says. Mobs and gangs function as quasi-governments that use violence to keep order and enforce property rights. But it's hard to imagine illegal gym operators turning to Tommy Guns and gang warfare to resolve their business disputes.

One difference between classic prohibitions and this new one is their duration. It may feel like an eternity, but it's only been six months since the COVID-19 Prohibition era began. Miron's research shows that the longer a prohibition goes on, the less effective it is. He and a colleague studied what the federal prohibition of alcohol did to booze consumption, using death rates from cirrhosis of the liver as a proxy to measure it (disturbing, right?). They estimate that at the beginning of Prohibition, alcohol consumption dropped sharply to about 30 percent of what it was before. But within several years, it shot back up to 60-70 percent of pre-Prohibition levels. Suppliers, he says, learned how to make moonshine in bathtubs and smuggle booze from Canada. And consumers got tired of the dry spell.

The longer gym shutdowns last during the COVID-19 prohibition era, the more likely people will evade them. And keep in mind it's summer. Come this fall and winter, millions of workout fiends in cold climates could have fewer legal options to exercise. Speakeasy gyms could have an even greater demand.

But Christina's story also shows the danger of premature reopening. In late April, the Governor of Arizona allowed partial reopening of the state, and on May 13, he extended the order so that even indoor fitness centers could open. The gym bros at her gym went back to their home gyms. Then, COVID-19 started surging like crazy around the state. And, on June 29, the governor issued an executive order that paused reopening, including re-shutting down indoor gyms and fitness centers. To Christina's dismay, the bros are back at the only speakeasy gym in town. It's really messed up her workout routine.