Accessibility links
Office Chair Makers Swivel To Home Market : Planet Money Big furniture companies have relied on a century-old model for selling desks and chairs. It doesn't work in the age of the home office. 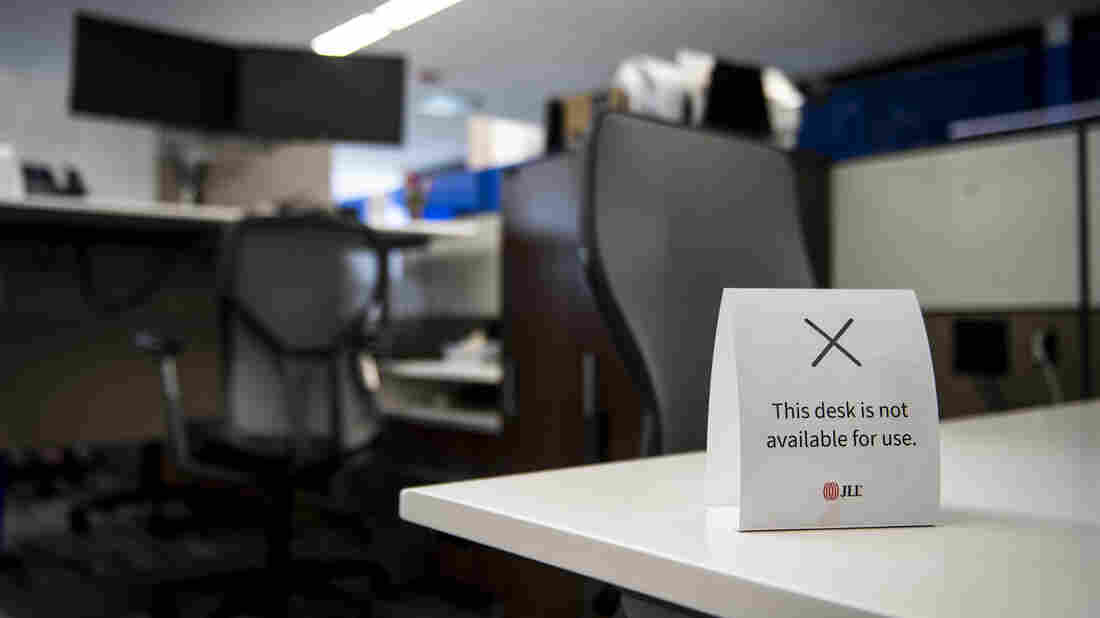 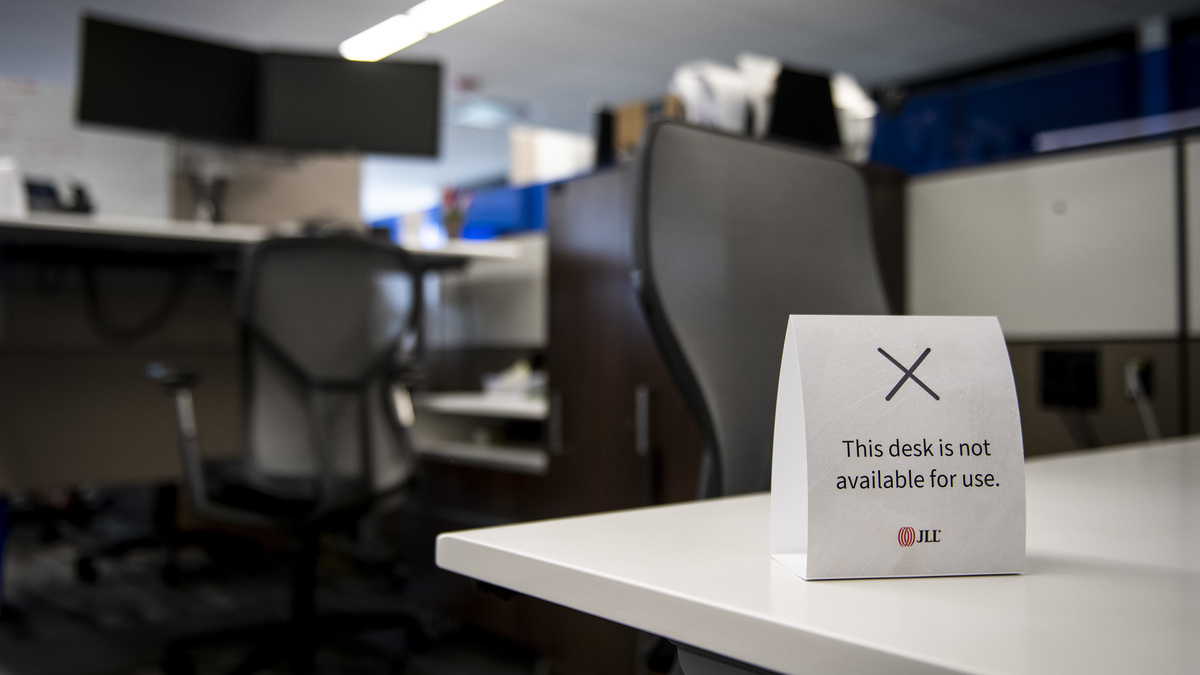 When COVID-19 began emptying out America's offices, Ron Wiener thought his office furniture company, iMovR, was in deep trouble. The company, which makes standing desks, treadmill desks and other trendy furniture, saw its pipeline of bulk orders "vaporize." It couldn't even reach many of its customers because they had abandoned their desks.

But as the big furniture companies continued to struggle, iMovR saw something completely unexpected happen: Business started booming. "Our business has more than tripled since February," Wiener says. "Like, all of a sudden, the hundred million desk workers in the United States needed a second desk." Companies like Google and Facebook even began giving employees $1,000 stipends to furnish their homes, and iMovR, which sells easy-assembly furniture on the Internet, was well positioned to tap the market.

Wiener is a veteran of the tech world who speaks Silicon Valleyese — you know, casually dropping buzzwords like "the cloud" and "IoT" ("Internet of things"). When we talked, he, naturally, spoke about disrupting his bigger competitors. Wiener, who is based in Seattle, calls them "the Grand Rapids mafia," mainly because they're the muscle in the industry and are based in Grand Rapids, Mich., aka "Furniture City."

For about a century, the Grand Rapids furniture-makers have relied almost exclusively on a business model in which authorized local dealers sell furniture in bulk to companies in high-rises and office parks. These companies, like central planners, buy hundreds of desks and chairs at a time, and the dealers come in and assemble them. It's a model that doesn't really work for the home office.

Over the last couple of decades, people have been increasingly buying furniture from places like Amazon, Ikea, Overstock and furniture companies themselves without dealer intermediaries. With this shift, consumers have come to expect more user-friendly assembly with manuals and videos. It's less central planning and more individual freedom and responsibility over where to put your keister.

Wiener says the big furniture companies have dragged their heels on all this. The way he told it, we got a picture that some members of the Grand Rapids mafia may be destined to become another chapter in the classic tale of the "innovator's dilemma," a theory articulated by the recently deceased Harvard University economist Clayton Christensen about why dominant firms so often fail to innovate in the face of a changing market. Think Kodak and digital photography or the music record labels and streaming. Entrenched incumbents often resist disruptive innovations that eat into their bread and butter, and in the long run, they starve.

We spoke with executives at the two biggest furniture companies, Steelcase and Herman Miller, to get their perspective. To be fair to them, they both make great, high-quality furniture — and even with their recent layoffs, they're still manufacturing much of it in the United States.

When asked why his company's stock crashed, Allan Smith, the head of global marketing for Steelcase, said the company was having its best year ever until the governor of Michigan imposed stay-at-home orders. "So what that did was really cause a lot of our revenue to dry up over a very quick period of time," he said. It's an interesting argument because iMovR also has factories in Michigan, and it's doing great. Smith didn't mention the effects of the office exodus or remote work until pressed. When asked about his company's reliance on the century-old model of bulk deals through local dealers, he said the company pivoted "within three weeks" to selling online and catering to home offices. He also said the company has been working with partners like West Elm to sell residential furniture. When asked why his company's stock is still in the trash, he said, "I think the market is waiting for most offices to get back to work."

Ryan Anderson, the vice president of digital innovation at Herman Miller, was more open to the possibility that the market is pricing in a new era for office work. Anderson says he envisions a future "hub and spoke" model for office work, where employees are given the flexibility to work remotely but there's still a central office that serves as an "on demand" meeting ground. There you can collaborate and bond with your colleagues or work without screaming kids. He says the company is making furniture with this vision in mind.

It's a vision that Wall Street apparently likes. Last week, Herman Miller reported earnings that showed it was profiting from the work-from-home trend. Sales of its home-office furniture have jumped nearly 300% since last year. Its stock is still down for the year, but it's looking like it may be successfully reinventing itself for the age of the home office. This week, Steelcase will be reporting, and we'll see if it's also offsetting the collapse of commercial office revenue with home office revenue.

"If you're hedging all your bets on the belief that offices will return to what they once were — and that it's going to be a sea of desks where everybody needs to come and sit through the day to do their work — that would be very naive," Anderson says.