Accessibility links
Are There Too Many Political Appointees? : Planet Money There are so many appointees the government publishes a book to help keep track of them and that might not be enough. 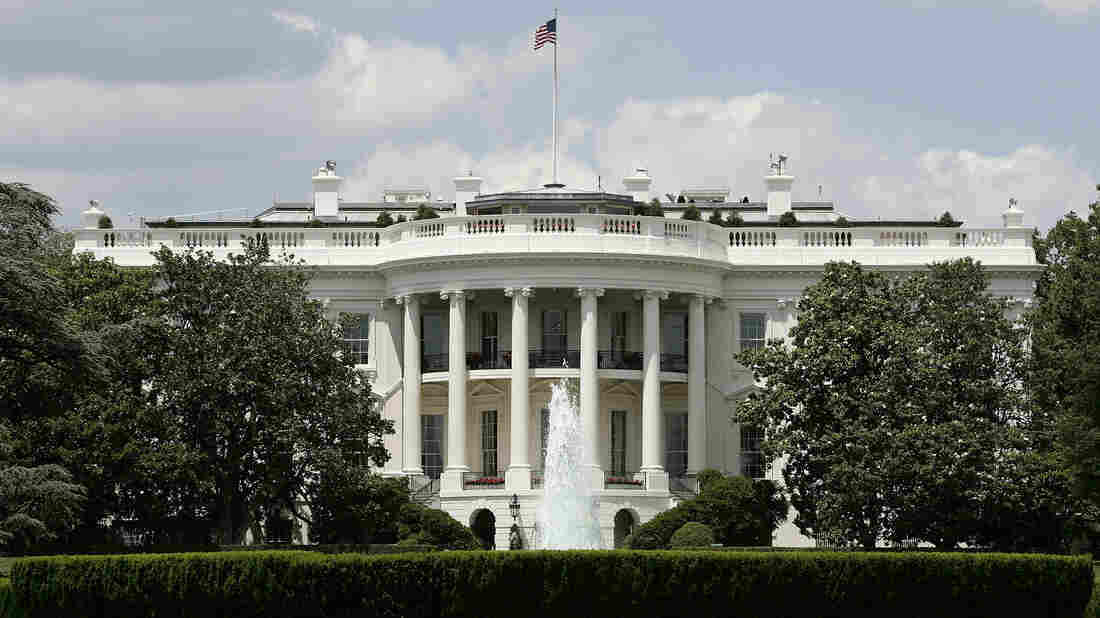 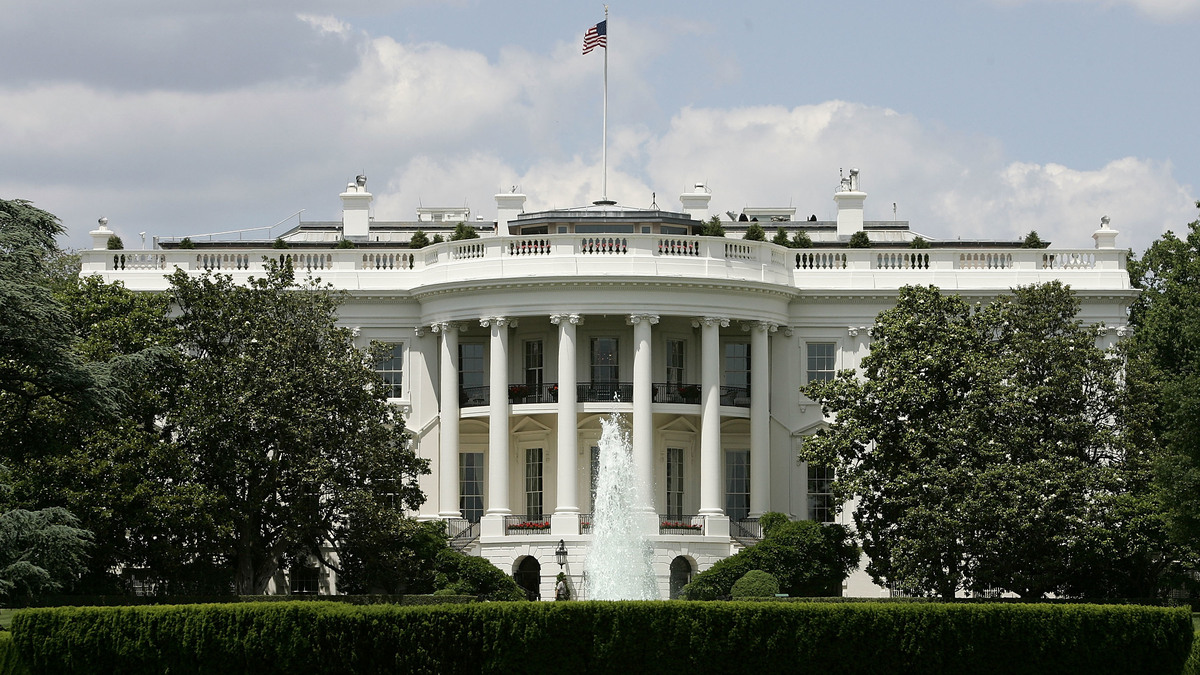 The transition to the Biden administration may be going, let us say, a bit slower than transitions have in the past. But the rumbles of the age-old, post-election shift in Washington can still be heard. Thousands of victorious campaign staffers, donors, glory seekers, and hangers-ons will soon be swarming the capital in search of jobs in the new administration. And, in a few weeks, there will be a convenient guidebook published for them.

The book is officially called United States Government Policy and Supporting Positions, but it's better known as the Plum Book because of its purple cover — and also probably because it's filled with plum jobs, many of which are appointed by the winning presidential candidate. The book is published every four years after presidential elections. It's a long list of positions around the federal government, typically providing information on who last held them and what their salary was. 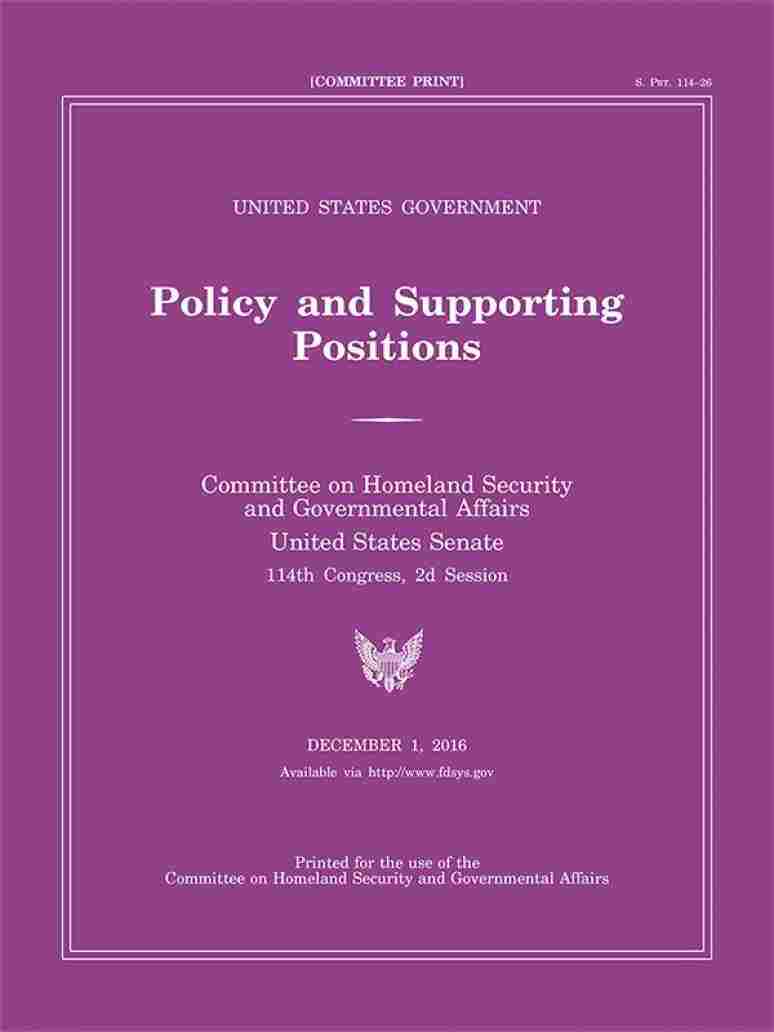 The last Plum Book was published in December 2016 and it listed around 4,000 positions appointed by the president. Some of the jobs it lists everyone has heard of: like White House Chief of Staff, Secretary of Defense, and Chair of the Federal Reserve. For those interested in someday becoming Fed Chair, the book says it's Level I on the federal executive pay scale. That's about $219,200 a year. Not bad.

But the book also lists thousands of jobs most people haven't heard of — like Deputy Scheduler at the Department of Energy (at least $37,000 a year), Commissioner at the American Battle Monuments Commission (doesn't disclose pay), and Chair of the Railroad Retirement Board. That chair is Level III on the federal pay scale, or about $181,500 a year.

The first Plum Book was published in 1960, though the groundwork for it began in the 1950s with the election of Dwight Eisenhower. He was the first Republican president after two decades of Democratic control of the White House. The federal bureaucracy had ballooned with the New Deal, and congressional Republicans were like, ummm, guys, where can we put our people? So they got the agencies to produce a list of government jobs. Back when they first started publishing the book, there were about 2,000 positions up for appointment — or about half of the number there are today — says David E. Lewis, a political scientist at Vanderbilt University.

Lewis studies presidents and the federal bureaucracy and is the author of The Politics of Presidential Appointments: Political Control and Bureaucratic Performance. "Most people who study this — including me — believe there are too many political appointees," Lewis says. Sure, he says, political appointees help the president get control of the federal bureaucracy and keep it accountable to voters. They help presidents get stuff done. But, he says, there are way too many. "We can get the same amount of accountability with dramatically fewer politically appointed positions."

Fewer appointed positions would probably be better for governing. The main problem with so many political appointees, Lewis points out, is the exodus of professionals after each president leaves office is followed by a prolonged period of vacancies. A full year into the Trump Administration, Lewis says, about two-thirds of all political positions that required Senate approval remained vacant. Two years into the Trump Administration, over a third remained vacant. It takes a while to nominate and confirm political appointees. Then they have to learn what they're doing. This lack of continuity, Lewis says, hurts government performance. He believes we'd all be better off if more of these jobs were filled by civil servants who don't have to leave every time there's a new president.

Other nations, Lewis says, have nowhere near the same percentage of political appointees working in their governments. "There are countries like Denmark where there's an election and maybe 12 administrative jobs change," he says. "In ours, it's multiple thousands."

While qualifications are a factor for bureaucrats appointed by the president, so are political connections, campaign donations, loyalty, and nepotism. The government has meritocratic systems for the hiring of civil servants, but political appointees mostly don't go through those systems. And it takes years for the Plum Book to be published and the public to be able to find out who was appointed where.

Last year, the Government Accountability Office released a report that recommended we overhaul the Plum Book. "There is no single source of data on political appointees serving in the executive branch that is publicly available, comprehensive, and timely," it reported. "The public has an interest in knowing the political appointees serving and this information would facilitate congressional oversight and hold leaders accountable."

Following these recommendations, Representatives Carolyn Maloney (D-NY), Gerry Connolly (D-VA), John P. Sarbanes (D-MD), and Senator Tom Carper (D-DE) sponsored the PLUM Act, which would increase the transparency and frequency by which we can know which political appointees are serving and where. It has yet to make it into law, and an aide for the House Government Oversight Committee tells us that Congresswoman Maloney plans on re-introducing the legislation next Congress.

Last week, the Biden-Harris transition announced "agency review teams" who are heading their search for staffers. And Martha Gimbel and Damon Jones are two of the three people leading the effort to help set up the new White House Council of Economic Advisors (CEA). Both Gimbel and Jones appeared on our podcasts this year (You can listen here and here). According to the Plum Book, the chair of CEA gets paid Level II, or about $197,300 a year, if you want to throw in your resume.